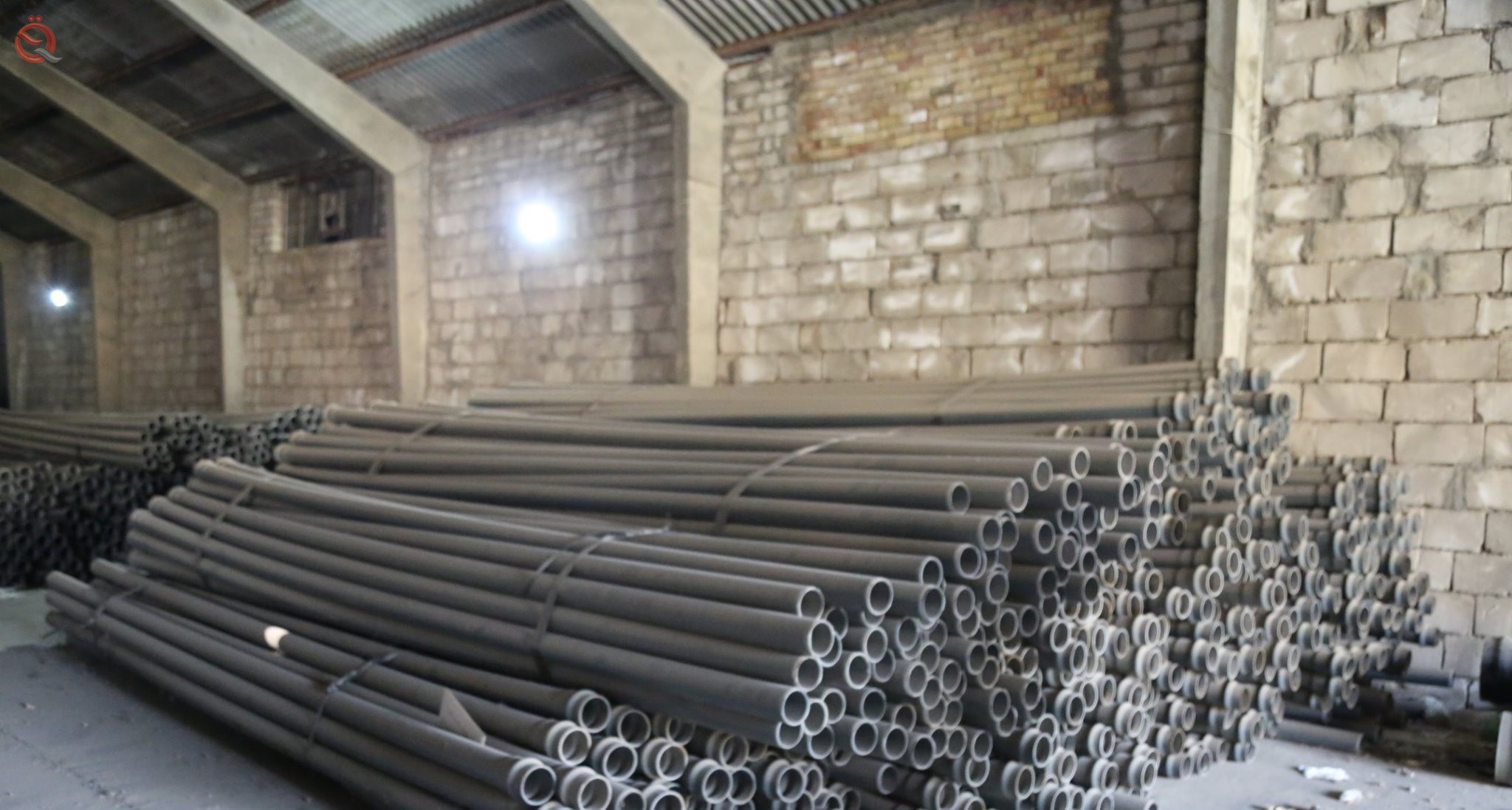 The General Company for Construction Industries, one of the companies of the Ministry of Industry and Minerals, announced on Sunday its products of different sizes of plastic pipes in its Baghdad and Maysan laboratories.
The general manager of the company, Ahmed Hussein, said in a statement seen by "Al-Iqtisad News", that "Maysan Plastic Factory is currently producing plastic tubes with diameters ranging from (900 to 1000) mm for the first time in Iraq, which are used in water and light and heavy sewage projects."
Hussein added, "The company is unique in its production of plastic pipes of various sizes and has lines and laboratories specialized in this field and it is ready to secure the need of the municipal departments and the Baghdad Municipality and support services in Baghdad and the general provinces."
For his part, Director of Baghdad Plastic Factory, Eng. Riyadh Jaafar Sadiq, explained that "Baghdad Plastic Factory owns (7) production lines for producing PVC pipes of different diameters, including (90 mm, 110, 160 mm, 225 mm, 200 mm, 250 mm, 315 mm) ) And to standard specifications. "
Sadiq explained, "The factory produces according to the requests received by it. It has equipped the Baghdad sewage department with (2000) pipes of different sizes and supplied the Taji gas plant with (500) tubes with a diameter of (315) mm and is currently executing the request for the latter with (1000) other tubes. Pointing at the same time to "the arrival of machines and equipment for the two new lines to produce high-density polyethylene pipes with large diameters and measurements produced for the first time in Iraq ranging from (400 mm to 1200 mm) with a capacity (24) tons / day for each line to be installed in the factory and run During the coming period. "