The United Nations: The continuing loss of young lives in Iraq is intolerable

The United Nations: The continuing loss of young lives in Iraq is intolerable 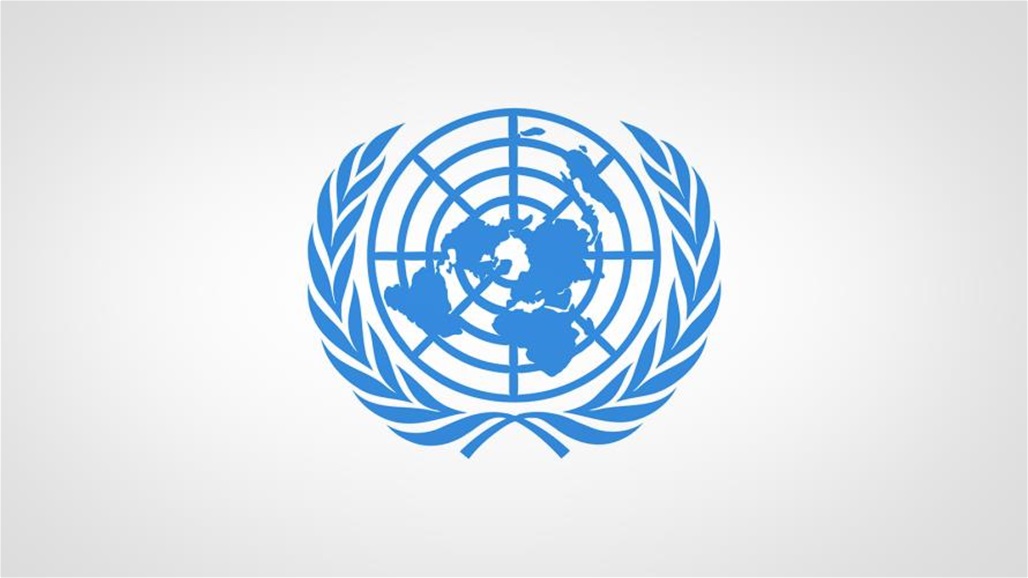 The United Nations mission, "UNAMI", today, Thursday, urged to break the political deadlock in Iraq, stressing that the continued loss of young lives and bloodshed is "unbearable", calling on the Iraqi authorities to protect the rights of peaceful demonstrators and to bring the perpetrators of the killings and unlawful attacks to justice.

In a statement issued today, from UNAMI Baghdad, and Alsumaria News received a copy of it, UNAMI said that "with the continuation of violence and the increase in casualties in the protests, the Special Representative of the Secretary-General for Iraq, Janine Henness-Blashart, urges increased efforts to achieve more to break Political deadlock and pressure forge ahead with major reforms, "warning that" the use of force costs a valuable life and the crisis will not end. "

The statement stressed, "The continued loss of young lives and the daily bloodshed is intolerable, regretting" the killing of at least 467 demonstrators and more than 9,000 wounded since October 1, "

adding that" the increased use of live ammunition by The security forces recently, shooting by unknown gunmen at the demonstrators and the continuing killing of protesters and human rights defenders is a matter of concern, "stressing that" the Iraqi authorities must protect the rights of peaceful protesters and ensure that all use of force is in compliance with international standards. "

She added, "It is equally important for the perpetrators to be fully accountable, to bring the perpetrators of the killings and unlawful attacks to justice," noting that "the climate of fear and mistrust will bring nothing but more harm."

She stressed that "political action and progress in the search for solutions must replace hesitation to deliver many promises and intentions," noting that "building flexibility at the state and community levels is the only way to move forward to extract people from despair and renew hope."

She explained that "many have sacrificed everything in order to hear their voices, and solutions are urgently required," explaining that "Iraq cannot tolerate the ongoing violent oppression or political and economic paralysis."

She noted that "the Human Rights Office of the United Nations Assistance Mission in Iraq monitored the human rights situation in the context of the demonstrations," adding that "since the beginning of the protests in October, I issued three reports documenting human rights violations from 1 October Until 9 December with recommendations to the authorities. "

"Since January 17, the United Nations Assistance Mission in Iraq has recorded at least 19 protesters killed, as well as more than 400 wounded by security forces in Baghdad, Basra, Dhi Qar, Diyala and Diwaniya, Karbala," she added.

She showed that "the preliminary information is attributable to most deaths and injuries due to the use of live ammunition and the impact of tear gas canisters, while additional injuries occurred as a result of the security forces hitting the demonstrators with sticks," explaining that "most of the violence that the security forces use occurs in the context of attempts to liquidate roadblocks or disperse protesters." ".

In Baghdad, efforts by the security forces to liquidate the Muhammad Qasim highway and areas near Tahrir Square using live ammunition and tear gas resulted in 11 deaths and injuries, according to a UNAMI statement.

The statement also says, there were instances of unidentified armed men shooting at the demonstrators .. This happened on four consecutive nights in Basra from January 21 to January 25, killing two protesters and wounding nine others.

In Nasiriyah, according to UNAMI, on the night of January 26 to 27, a group of armed men, from an unclear affiliation, fired live ammunition at protesters in the Haboubi Square, killing protesters and wounding four others, as well as shooting several Protesters' tents.

According to UNAMI, targeted killings against demonstrators and activists continue ... Since October 1, there have been at least 28 incidents in which people linked to the demonstrations have been targeted, while participants as journalists covering protests or prominent activists have been targeted by armed men or equipment. An improvised explosive device, which resulted in 18 deaths and at least 13 injuries.

UNAMI confirmed that the United Nations Mission continues to provide assistance and reports related to physical attacks on demonstrators, including stabbings, missing demonstrators and activists, and threats of intimidation and intimidation.

All efforts should focus instead on how to fully implement the reforms and initiate a constructive dialogue to tackle the country's problems in a spirit of unity, said Special Representative Hennes-Blachhardt.

And she added, it is time to restore confidence by setting the party aside, and working for the benefit of the country and its people, stressing that hard work and goodwill movements will resonate with the people, they will be met in kind, and the country's steadfastness will be strengthened while it seeks to emerge stronger than this crisis.