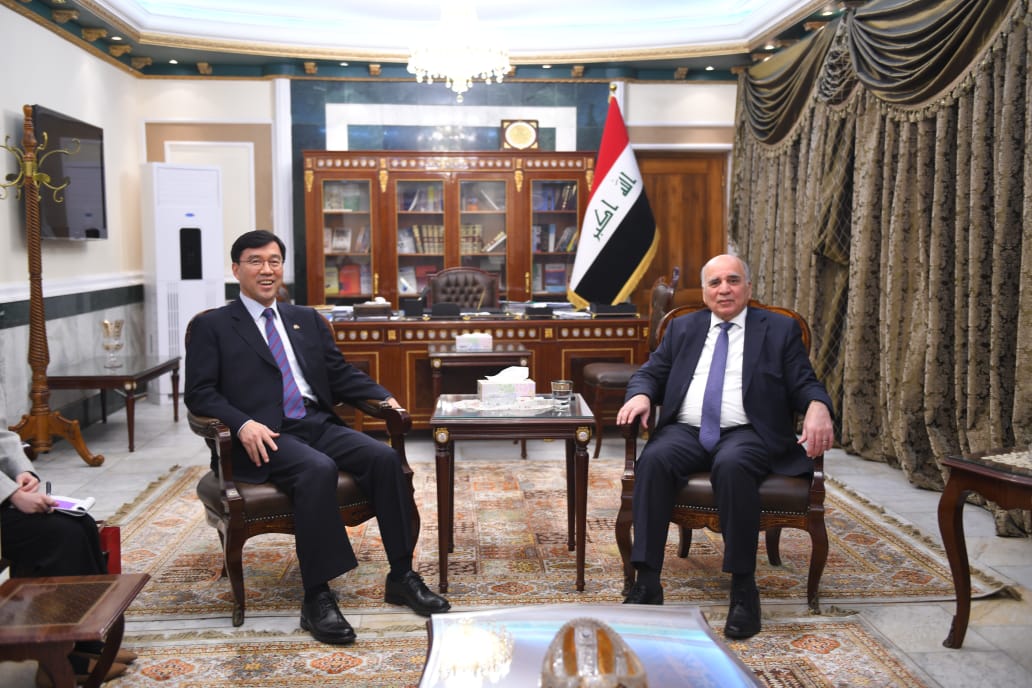 Deputy Prime Minister and Minister of Finance Mr. Fuad Hussain received in his office in Baghdad on January 28, 2020 the Ambassador of the Republic of South Korea to Baghdad, Mr. Jang Kyung Wook and his accompanying delegation.

During the meeting, they reviewed the distinguished bilateral relations between Iraq and South Korea and discussed ways to upgrade and develop them in the interest of the two friendly countries.

The Korean Ambassador presented an explanation of the nature of the work of the Korean companies operating in Iraq, specifically Hyundai and Hyundai, and discussed the obstacles facing the two companies.

On the other hand, the Deputy Prime Minister and Minister of Finance directed the concerned departments to overcome all the difficulties that face the important work of the two companies in Iraq.


He stressed that Iraq attaches great importance to the safety of diplomatic missions operating with it, and it is at the heart and duty of the government and is committed to pursuing and responding to any attack on those missions.
The meeting was attended by the first secretary of Ms. Jeon Young and Ommthleen for stx company
and director of the Trade Bank of Iraq and for a number of general managers in the Office of the Deputy Prime Minister. 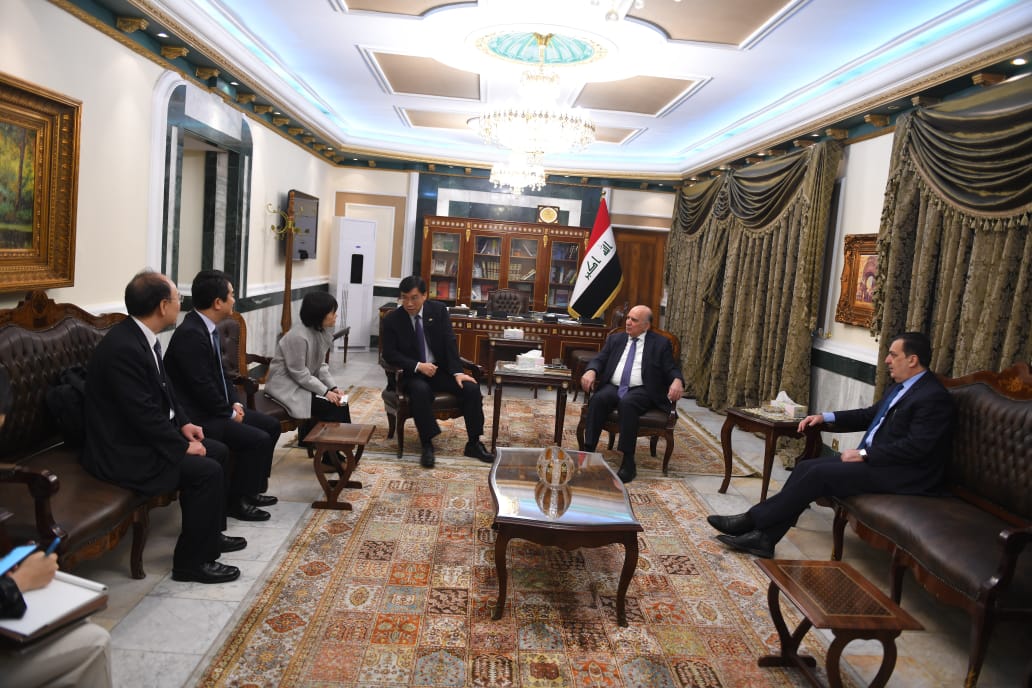