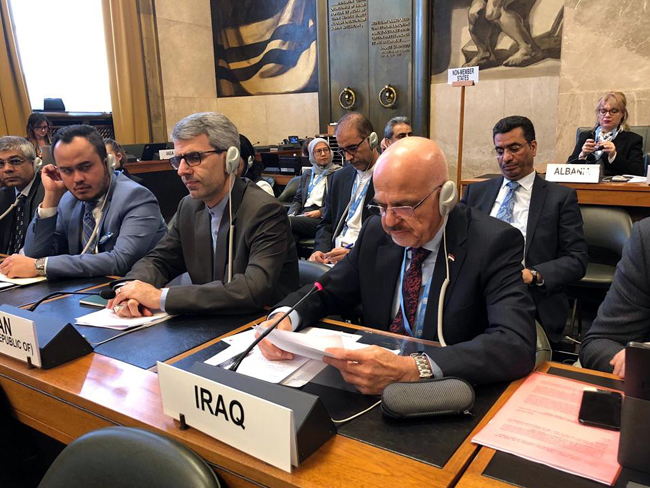 [size=31]Ambassador Hussein Al-Khatib, representative of the Republic of Iraq to the United Nations, gave his speech in Geneva at the first plenary session of the Conference on Disarmament.[/size]

In it, he expressed Algeria's support for the conference, and Iraq’s interest in the Conference on Disarmament, calling for the need for joint action to agree on the conference’s program of work, stressing constructive and effective participation by showing flexibility by all parties, usually that responsibility is collective, and that the core of the problem of not The conference’s activity and its obstruction in the past two decades is the weak political will of some member states and the increase in security interests.

He concluded by taking the opportunity to reach an agreement on the contents of the work program, wishing the chairperson and the presidents of the six sessions for this year success in their tasks aimed at returning the conference to its effectiveness and exercising its true role in dealing with issues related to disarmament and non-proliferation.