The delegation of the Arab League was headed by Ambassador Dr. Ahmed Nayef Al-Dulaimi, in the presence of Assistant Secretary-General of the Arab League for Political and Security Affairs, Ambassador Dr. Khaled bin Nayef Al-Habbas, in addition to the Ambassador of the League of Arab States to the European Union. From, in the presence of the ambassadors of the Political and Security Committee in the European Union, the Iraqi delegation was headed by Ambassador Sadiq Al-Rikabi, the ambassador of the Republic of Iraq in the Kingdom of Belgium.
The meeting discussed the various issues and crises facing the member states of the Arab League, including the issue of Palestine, the file of immigration, refugees and displaced persons, as well as the latest developments in Lebanon, Iraq, Syria, Libya and Yemen, and the topic of dealing with Iran and combating terrorism, as the participants stressed the need for cooperation and joint action in order to address the various crises in order to link Security and the nature of cross-border crises, such as migration, refugees and terrorism, which require joint management to address them.
Participants also welcomed the upcoming ministerial meeting between Arab countries and European countries and its importance in bringing and consolidating positions and efforts in various crises in order to reduce escalation and maintain the safety and security of navigation, energy and stability in the various Arab countries and organized and regular migration and reduce illegal immigration. 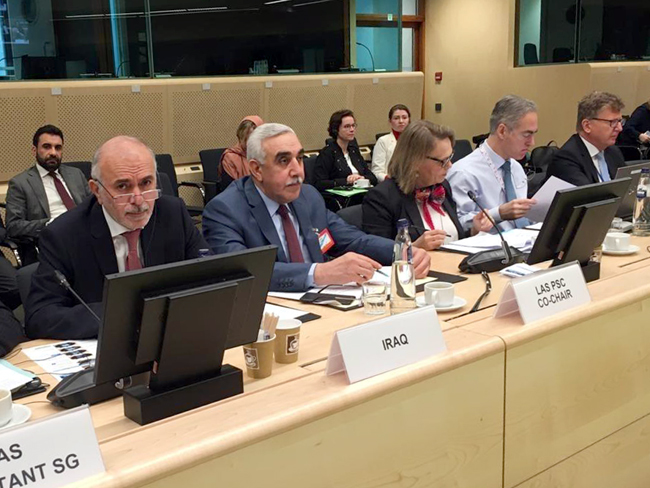 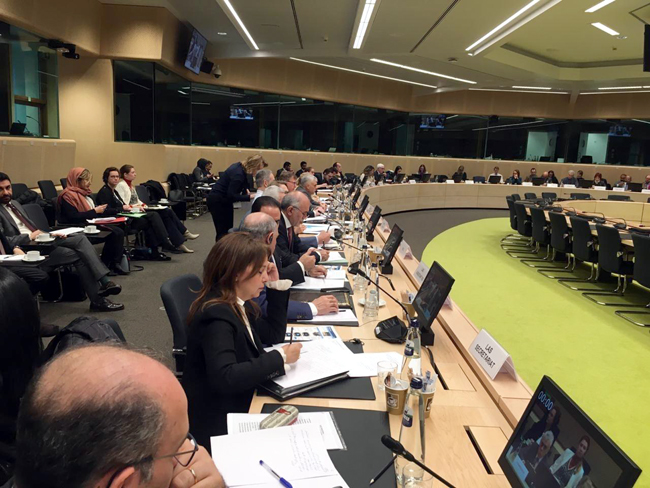