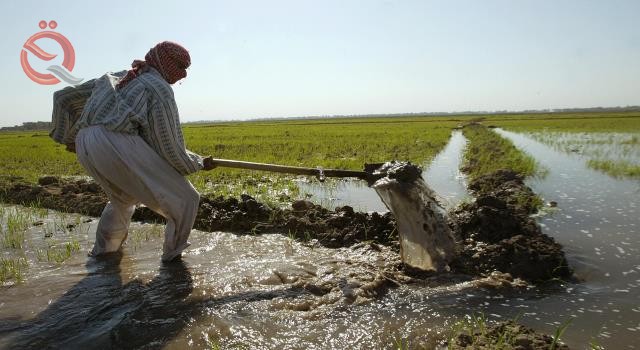 Economy News - Baghdad
Karbala Governorate announced, on Tuesday, the self-sufficiency of a large number of agricultural crops.
The Governor of Karbala Nassif Al-Khattabi said in a statement reported by the official "Al-Sabah" newspaper and seen by "Al-Iqtisad News", that "the agricultural sector in the province witnessed a great boom during the past years through increasing agricultural areas and increasing production and quality."
He added, "The cultivation of wheat and barley crops in the governorate has multiplied its area and expanded its agricultural land by 20 times what it was before 2003," explaining that "the area of ​​cultivated land was three thousand dunums, while it has now reached more than 90 thousand dunums."
Al-Khattabi pointed out that "government support is one of the most important factors that contributed to the increase in agricultural production, since agriculture is an important tributary of the Iraqi economic tributaries that provide food security for the country and lead to the employment of manpower."
He stressed that "the projects of the desert regions witnessed also a lot of development, and that there is an increase in production for many strategic and field crops, especially after the use of modern technologies in agriculture and reliance on groundwater and artesian wells in addition to the use of modern mechanization in agricultural and animal activity."
Karbala Governorate was able to increase its projects in livestock to announce earlier the realization of self-sufficiency in chicken meat and table eggs, after it had owned only one poultry company before 2003.