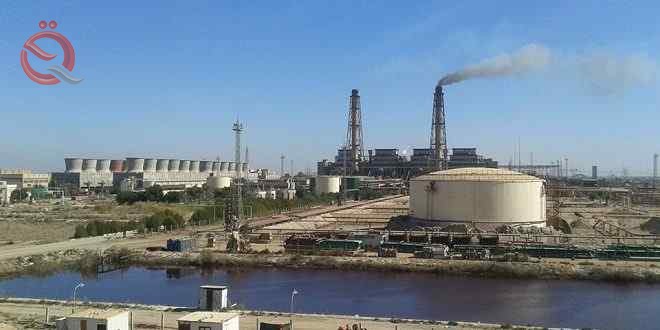 The Iraqi Ministry of Electricity revealed, on Tuesday, an alternative plan to provide liquid gas to power plants.
Ministry spokesman Ahmed Al-Abadi told the Iraqi News Agency (INA), that the crisis cell in the Ministry of Electricity discussed the alternative plan to extend fuel supplies for power stations and to compensate for the shortfall in gas supply to the stations.
Al-Abadi explained that the Iranian gas problem is still continuing and has not been addressed.
A spokesman for the Ministry of Electricity pointed out that the issue of electricity processing hours affected the rate of production decline for generation stations.
He also indicated that supplying fuel by the Ministry of Oil is costly, and that the ability of the Ministry of Oil to supply these stations in a proportionate manner and raise its production capacity is very difficult because the infrastructure of the Ministry of Oil has been subjected to sabotage.
He also clarified that the stoppage of gas supplies from the Ahdab field greatly affected the decrease in production rates in the Nasiriyah station and the Wasit thermal station, as well as the lack of commitment of the governorates in the distribution of electricity, which led to a decrease in processing hours.