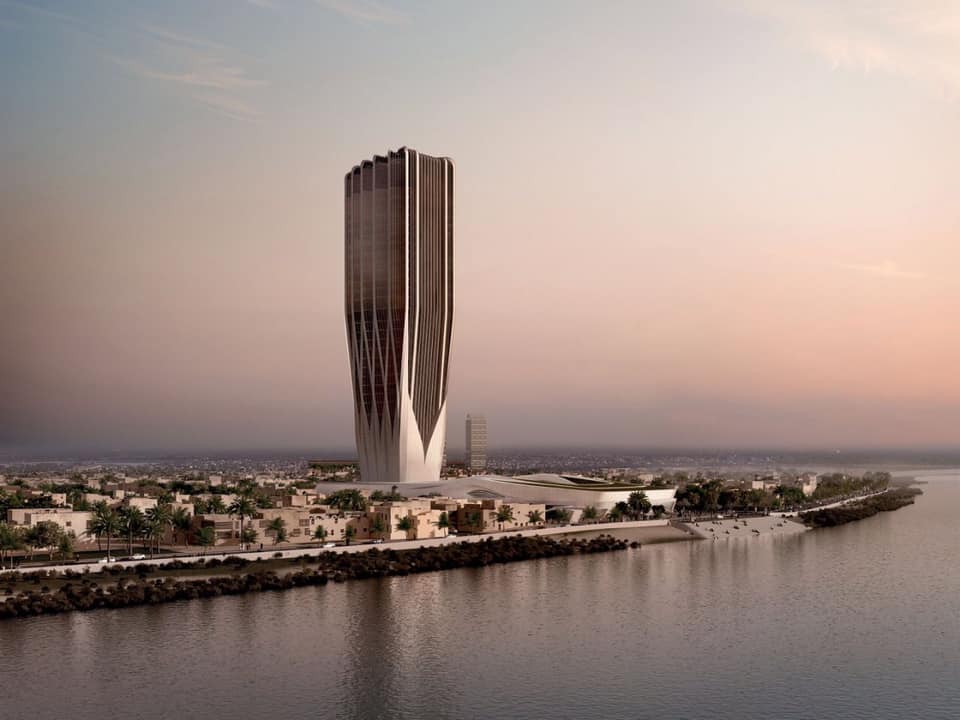 The file of the new central bank building is currently being raised ... Unfortunately, it is viewed and listened to some unscientific observations and comparisons in the world of construction, especially for specialist projects such as the central bank. Here are the following notes ..:

[*]The building is designed by Zaha Hadid, which is considered a global pride, and its designs are distinguished by the complexities of implementation and it is its first project in Iraq ..


[*]The building contains 37 floors, including underground floors for safes (highly automated), data center, and security systems ... It is a building completely secured against earthquakes, explosions, and fires and fully automated.


[*]Referral: Zaha Hadid nominated 18 companies (starting) from the companies that could implement the building due to its difficulty ... Most European and American companies apologized for the security situation in Iraq and the high costs of insurance for its employees, including also the Chinese company implementing the Central Bank of Kuwait

To continue reading, click on the following link
Project management report for the new building of the Central Bank of Iraq

The file for the new central bank building is currently being raised .... Unfortunately, it is viewed and listened to
Some unscientific notes and comparisons in the world of construction especially for projects
A specialist such as the Central Bank. Here are the following notes:
1. The building is designed by Zaha Hadid, which is considered a global pride and distinguished for its designs
The complexities of implementation, which is its first project in Iraq ..

2. The building contains 37 floors, including underground floors of cupboards (high)
Automation) and data center and security systems ... It is a building completely secured against earthquakes
In full.
Explosions and fires are possible
3.Red for the building to be a pride of Iraq and an architectural symbol in the Middle East (and a building)
Environment friendly and designs have an international certificate in this field (
4 Referral: Zaha Hadid has nominated 18 companies (starting) from the companies that can implement
The building is difficult because ... most European and American companies have apologized for the security situation
Iraq and the high costs of insurance for its affiliates, including the Chinese company executing
Of the Central Bank of Kuwait
A- Formed a triple task force (Zaha office, Australian consulting firm, bank team)
For evaluation and discussion with companies and made many visits from a country in this direction
B- Eight companies ran for two rounds, and 4 companies were nominated to compete in
Given the possibility and capacity to implement (Indian Shapoorji, Turkish Dukus, Hanwha
Korean, Dax Turkish Azeri)
C - The consulting company submitted an analytical study of the offers (400 pages)
Dax chose to implement Al-Hadd projects: Zaha Hadid Projects: Heydar Aliyev Center in Baku
Which is considered one of the feats of design and construction (in view of the artistic presentation and the ability to
Implementation ...

D. The cost set by Zaha Hadid for the project is $ 837 million, and this cost
Prepared by an American company nominated by Zaha Hadid at the time, the costs were approved
Before the advisory office to the University of Baghdad) Unfortunately, some compare the cost of construction
Central banks are charged with building houses and buildings for housing, etc. These are unparalleled comparisons
Science in this direction) and the bid submitted by the company were $ 823 million and were referred
$ 772 million (after obtaining the Cabinet’s approval to reduce (6%)
5 The company carries out giant projects (icons) as flame buildings in Azerbaijan and the center
Heydar Aliyev and multiple building and resort projects in other countries ...
6. Concerning prices, their accuracy, but their rationality, regardless of what is said otherwise
Scientific, here is the summary below, compared to buildings that were completed within two or three years
The last years ...
a . The ICD building at IFDC in Dubai is priced at $ 1 billion and is 18% larger than
The Central Bank of Iraq in terms of building area.
B- The European Central Bank building is one billion and 700 million dollars, which is twice the bank
The Central Bank of Iraq in terms of building area
A. The Central Bank of Kuwait’s building is $ 580 million, which is less than the bank
Central Bank: 20% in terms of building area ...

From all this, the prices are appropriate and correct, and we must forget the security situation in Iraq
Zaha Hadid's design requires higher prices (but the central bank was keen to negotiate
To obtain appropriate prices and this is what happened ... This is considered an achievement for the bank (
7 The project received approval
المركزية Central Committee for Tenders at the Central Bank
 The Board of Directors of the Central Bank
وان Financial Supervision Bureau
 Ministry of Planning
 The Economic Committee of the Council of Ministers
 The Cabinet ...


The biggest question ... Will Baghdad and Iraq remain without beautiful buildings, as what the Central Bank is witnessing
Whoever campaigns against his building (the entity that has the money and the will to complete his projects) will create an impact
It is frightening for the rest of the institutions to build or to go ahead with projects, and therefore we say that all the papers and mechanisms
The project's steps and priorities are sound, correct and based on studies, visions and decisions
Major international expert bodies, both internal and external, and every skeptic must go to confirm
And to ask the specialists and know-how ... the question what does the central bank have to do more

To remove what is in the minds of some of the suspicion and accusation? What we are seeing is enthusiastic speeches
And other and various accusations create a bad impact, but created more in the hearts of the honest in this country more
From the loss of hope that a promising future awaits us very frankly, it appears that work will continue
In such circumstances, it became harsh and difficult in a time of chaos and accusations ....
In all of us 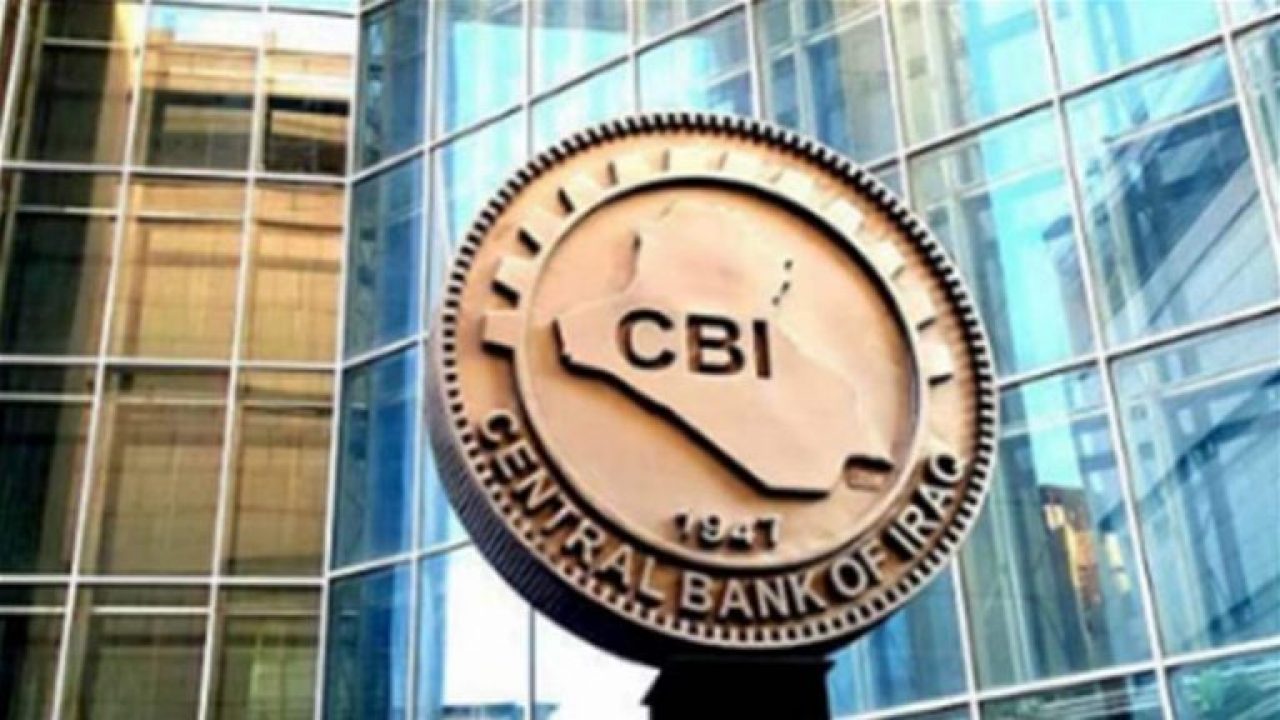 Baghdad / news
The contract for the construction of the headquarters of the Central Bank has sparked great controversy with the Iraqi parliament and citizens, as the value of the building of the central bank is (800) million US dollars.

Page 1 of 1
Permissions in this forum:
You cannot reply to topics in this forum
Who is online?
In total there are 62 users online :: 2 Registered, 0 Hidden and 60 Guests :: 3 Bots