Sistani is leaving the hospital after surgical success amid international attention

Sistani is leaving the hospital after surgical success amid international attention 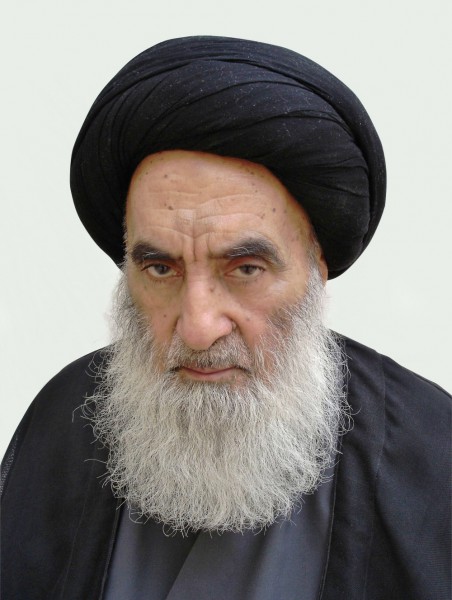 Political and popular circles reassure the validity of the religious authority
Sistani is leaving the hospital after surgical success amid international attention
Najaf - Saadoun Al-Jabri
Supreme Religious Authority Ali al-Husseini al-Sistani left the Kafeel Hospital in Karbala, returning to his home in Najaf. Al-Zaman correspondent said yesterday that (Al-Sistani left the Kafeel Hospital in Karbala after the approval of the medical team and went directly to his home in Najaf after leaving the hospital and receiving treatment completely). Sistani was twisted in the left leg, leading to a fracture of the thigh bone, and he underwent surgery in Al-Kafeel Hospital under the supervision of an Iraqi medical team.
The President of the Republic, Barham Salih, sent a telegram to Al-Sistani to check on his health after he was exposed to a health problem. Saleh said in the telegram: “We have followed from the first moments the news that your eminence has exposed the health problem and its consequences, and we praise the Almighty for the safety of your eminence and complete the surgical operation successfully. His willingness to contact the competent medical authorities to provide the necessary care with our belief in the efficiency of the medical staff who conducted and supervised the surgical procedure and who will follow up on post-care for him).
The head of the Kurdistan Democratic Party, Masoud Barzani, sent a letter to the Sistani family, in which he inquired about his health condition. A statement stated that (after the spread of news that the religious authority was exposed to a health problem, Barzani sent a letter to the reference family in which he inquired about the state of health, as he prayed to God to grant On him for health and wellness).
Outgoing Prime Minister Adel Abdul-Mahdi called and sent a message to check on Sistani's health. A statement of the Prime Minister's Media Office stated that (Abdul-Mahdi called to check on Sistani's health), and Abdul-Mahdi stressed, according to the statement (his personal follow-up and the government's willingness and its entire apparatus to provide the best possible health care for the religious authority), adding that (the Iraqi people as a whole raise the most appropriate supplication and supplication To Alpari to grant Sistani a speedy and complete recovery).
Parliament Speaker Muhammad al-Halbousi described Sistani's religious authority as a safety valve and ammunition for national unity. Al-Halbousi said in a tweet to him on Twitter: "Thank God for the safety of Sistani, the safety guard and the ammunition of national unity, may God protect you and prolong your life to serve the nation and the nation and save our beloved Iraq."
The demonstrators commented the pictures of the religious authority on the Turkish restaurant, with the words "Revolutionaries' hearts with you, well-being hospitals, you are the reference of the homeland". Amidst slogans calling for the speedy recovery of religious authority. The President of the Islamic Shura Council in Iran, Ali Larijani, reassured on the phone the health of Sistani after the success of his surgery that took place on him the day before. Larijani blessed (the success of the operation for the supreme authority that he underwent yesterday).
The surgical team that performed the operation confirmed to Sistani that he would stand on his feet and start moving. The US Secretary of State thanked God for the success of Sistani's surgery and said, "I pray to God, with millions of Iraqis, to pray for him, as he represents them a source of guidance and inspiration."