Political dialogue meetings between Iraq and the European Union in Brussels

Political dialogue meetings between Iraq and the European Union in Brussels

The Senior Undersecretary of the Ministry of Foreign Affairs, Mr. Abdul Karim Hashem Mustafa, headed the Iraqi delegation to the political dialogue meetings between Iraq and the European Union, which were held at the headquarters of the European Union in Brussels on the date.
During the meeting, views were exchanged on many files of common interest and the latest developments on the Iraqi and regional arenas, and ways to activate the partnership and cooperation agreement between Iraq and the European Union and a road map for the resumption of the meetings of the sub-committees emanating from the above agreement that came into effect since August 2018, where he showed Mr. Al-Wakeel, Iraq’s position on the importance of reducing escalation and tension in the region, the importance of restraint, and resorting to dialogue between all parties.
For her part, Ms. Helga Shamd expressed the importance of continuing the dialogues between all parties concerned to discuss the current events in Iraq and on the regional scene, and stressed the importance of the role played by Iraq in order to reduce escalation in the region, and indicated that the European Union pays great attention to the stability of Iraq as An important partner of the European Union. 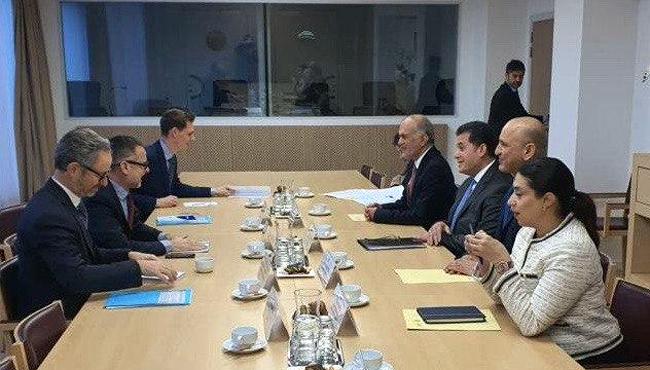