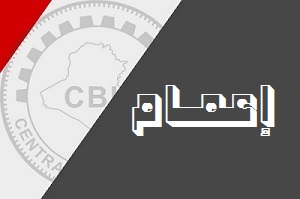 Issue: 5/24/9
Date: 1/14/2020
Later in our uncles numbered 9/5/3333 dated 5/8/2019
Below we list the conditions and requirements that must be met by the members of the Board of Directors under the category ( A ) are as follows:
A- To be of good reputation and biography
B- Not convicted of a felony or misdemeanor involving moral turpitude
C- Not issuing any decision against him from a competent authority not to be ineligible to practice a certain profession or prevent him from practicing the profession due to his personal misconduct
D- The non-issuance of any decision by any competent judicial authority stating that it is not fit to run the company
E- It is not permissible to occupy the presidency or membership of more than one board of directors of a single exchange company
F- He should not be a principal employee of a bank or company that has previously been declared bankrupt
T- He must not be less than (30) years old
H- He must be residing in Iraq
I- The Governor of the Central Bank of Iraq may express an opinion on the validity of the persons nominated as members of the Board of Directors
J - That three members of the Board of Directors have financial, banking and legal experience, and holders of at least university degrees