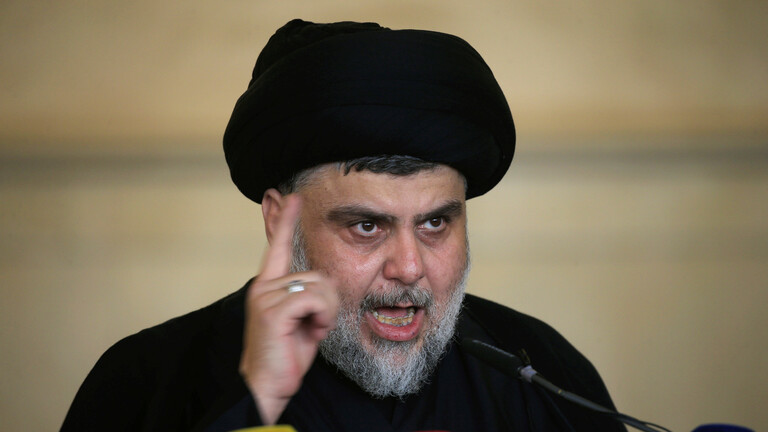 The leader of the Sadrist movement and the "Saeron" coalition, Muqtada al-Sadr, called on Tuesday for a peaceful million demonstration denouncing the American presence in Iraq, considering that the country's sovereignty is being violated by "invading forces."


In a statement posted on his account on Twitter, al-Sadr said: “The sky of Iraq, its land, and its sovereignty are violated by the invading forces. Peaceful and united condemns the American presence and its violations. "

And the leader of the Sadrist movement continued: "After that, we have popular, political and parliamentary stands that preserve Iraq and its people with dignity and sovereignty."

In the past days, Iraqi territories have become an arena for military escalation between Iran and the United States, after the latter carried out, on January 3, by order of Trump, an air military operation near Baghdad airport that killed the commander of the "Quds Force" responsible for foreign operations in the Iranian Revolutionary Guard. Qasim Soleimani and the deputy leader of the Iraqi "Popular Mobilization", Abu Mahdi al-Muhandis, and their companions.

Against the background of this process, the Iraqi parliament called on the United States to withdraw its forces from Iraq, which the Trump administration refused to respond to.

This attack led to a dangerous escalation of tension between the United States and Iran, as the Iranian Revolutionary Guard carried out, on the night of January 8, in retaliation for the killing of Soleimani, a massive missile attack targeting American forces in the Ain al-Assad bases in Anbar Governorate and Harir in Arbil, Iraq, whose authorities condemned both operations, describing Both of them violate the country's sovereignty.

Most users ever online was 2065 on Mon Apr 09, 2012 5:34 pm
Latest topics
» Iraq condemns Turkey's aggression on its territory and calls on the Security Council to intervene