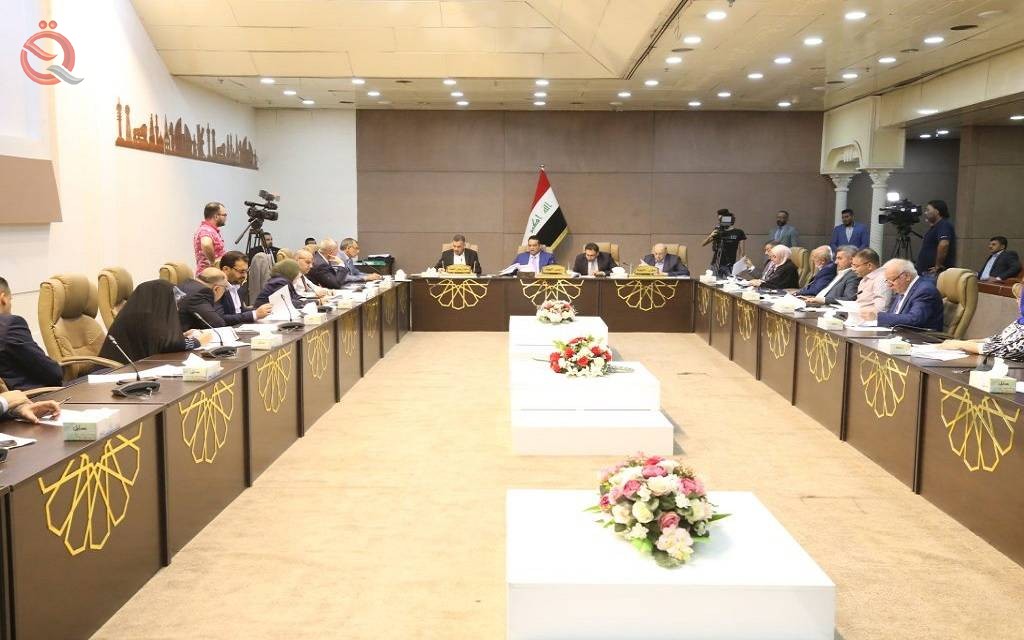 A side of the Finance Committee meeting

The Parliamentary Finance Committee affirmed that there is no legal way out to send the general federal budget for 2020 except by forming a new government, indicating that the current government will proceed with the disbursement of operating funds according to the “1/12” mechanism until the ratification of the first amendment to the Financial Management Law.

"There is no legal basis for sending the 2020 budget by the daily caretaker government," the official newspaper, "The Sabah" quoted the committee's rapporteur, Ahmed Al-Saffar, as saying, "The budget is related to the language of numbers and the caretaker government is responsible for daily spending only."

He added, "Expediting the approval of the Financial Management Law, which the House of Representatives voted on Saturday, will give the government the reinvigoration of investment projects until a new government is formed."

The House of Representatives voted during its regular session, held on Saturday, on the law of the first amendment to the law of the Federal Financial Administration.