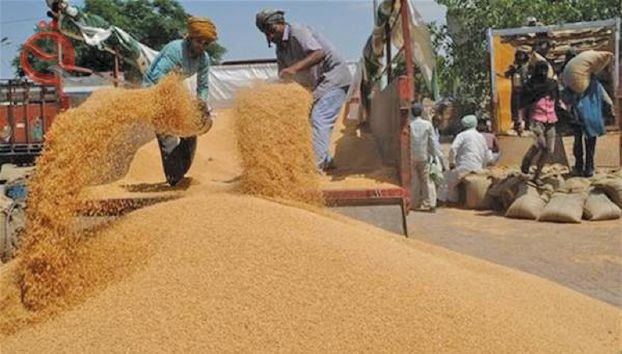 The Ministry of Agriculture announced that it has achieved self-sufficiency of wheat, while noting that the first plane of high-yielding Dutch milk cows has arrived in Babil Province.
In a statement seen by Al-Iqtisad News, Minister of Agriculture Saleh Al-Hassani said, on the sidelines of his meeting with the President of the Food and Agriculture Organization (FAO) Salah Al-Hajj Hassan, that "the ministry was able, within a short period of time, despite the conditions that the country is going through to achieve self-sufficiency in wheat and expansion in a manner Great for paddy and high grade seed.
He added that "the ministry has also exported the surplus of pomegranate to Germany and we will have a surplus of tomato produced in Basra and a surplus of potatoes in Nineveh according to the agricultural calendar, where we have protected the local product, protected the peasant and provided the appropriate yield for it."
Al-Hassani pointed out that "the first plane of Dutch cows with high productivity of milk arrived in the province of Babel after opening up to the agriculturally developed world and permanent interaction with high technologies in raising and producing milk and its derivatives."