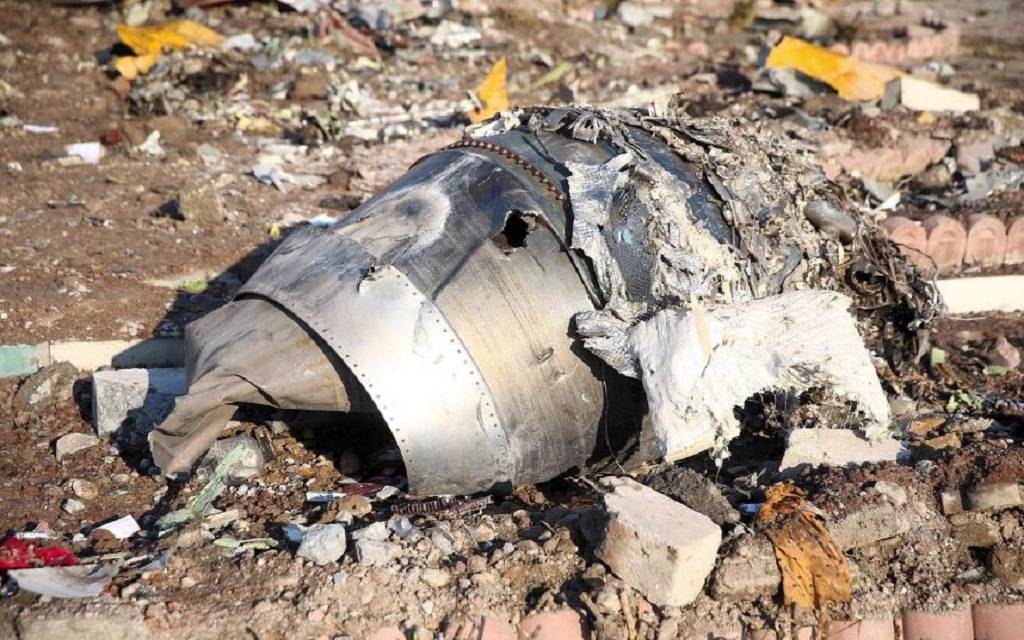 Mubasher - Sally Ismail: "Did an Iranian missile shoot down the stricken Ukrainian plane?" .. This is the question currently being asked days after the accident that claimed the lives of everyone on board.
The Ukrainian plane crash in Tehran coincided with the Iranian attack on US military bases at dawn last Wednesday, which raised doubts about the cause of the crash.
In light of the fact that there are live scenes confirming that a Ukrainian Airlines "Boeing 737" was ablaze before its crash, speculation is increasing that the plane was inadvertently hit by a ballistic missile during Iran's retaliatory response to the United States.
The Ukrainian plane crashed minutes after take-off after it caught fire before it crashed in southwestern Tehran, according to preliminary reports issued by the Iranian Civil Aviation Organization .
The crash resulted in the deaths of all 167 passengers and the 9-person crew of the plane with nationalities from 7 different countries, which was confirmed by the Ukrainian President "Volodymyr Zelinsky" immediately after the crash.
The accident occurred hours after the Tehran attack by launching dozens of ballistic missiles at Iraqi military bases hosting American forces, which strengthened speculation that the plane had been hit.
The attack launched by Iran in response to the air strike carried out by the United States on Baghdad International Airport last Friday; killing the Iranian military commander, " Qassem Soleimani ."
In another message confirming the speculation, US President Donald Trump ruled out the fact that the Ukrainian plane crash was caused by a technical fault, saying: "It is possible that someone made a mistake ."
Although the US President did not give further details, he did express his doubts about the accident.
In another evidence , satellite spy photos revealed that the plane had been shot down by Iranian missiles in error, according to NBC News, citing US officials.
The US government obtained evidence indicating that the rapid landing was not the result of a technical malfunction or errors by the pilots, according to a media report published by Bloomberg, citing unnamed sources,
Two Iranian SA-15 missiles are suspected to be the cause of the crash, according to the US agency.
In the same context of doubts , Canadian Prime Minister " Justin Trudeau " confirms that they have intelligence information from their own sources confirming the crash of the Ukrainian plane through Iranian missiles, saying: "Maybe this was not intended", but called for a thorough investigation into the cause of the crash.
On the other hand, Iranian officials reject the validity of speculation about the crash in whole and in detail, while blaming a technical problem.
Ali Abedzadeh, head of the National Aviation Administration in Iran, denied the allegations during a press conference in Tehran that was reported by the American Associated Press today, Friday.
But at the same time, Iran refuses to hand over the black box of the Ukrainian plane to Boeing, and has not yet decided which country to grant it.
Meanwhile, Tehran has invited the United States, Ukraine and Boeing to participate in the investigation into the accident.
The National Transportation Safety Board, an independent federal agency investigating civil aviation incidents, has accepted an Iranian invitation to participate in its investigations of the Ukrainian plane crash in Tehran.
According to the statements of Iran's representative to the International Civil Aviation Organization "Farhad Parfarish", he denied the allegations of the United States and Canada that the plane was shot down in error, saying: Iran is committed to conducting a full and transparent investigation into the accident.
He stressed that it is too early to speculate on the reason for the crash and crash.
A report published by Reuters today, citing the comments of an unnamed Iranian official, said that it may take a year or two to complete the investigation of the Ukrainian plane crash, while noting that downloading black box data from the crash site may take a month or two.

Iranian general explains how the Ukrainian plane was shot down

Iranian general explains how the Ukrainian plane was shot down 
The commander of the Iranian Revolutionary Guard Air Force-Space confirmed today, Saturday, that a soldier fired the missile that shot down the Ukrainian plane last Wednesday in Tehran, without receiving confirmation of the launch order due to a "jamming" in communications.


Brigadier Amir Ali Haji Zadeh said that the soldier believed the plane was a 'cruise missile', and he had '10 seconds' to make the decision, stating that 'he could have decided to launch (the missile) or not to launch (but) he made the wrong decision'.


Haji Zadeh said in statements broadcast on state television, "It was a short-range missile that exploded near the Ukrainian plane, and therefore the plane was able to continue flying for a short time, but it exploded when it hit the ground", and added: "I bear full responsibility for this disaster and I will accept any decision taken with this." Matter '.


176 people, mostly Iranians and Canadians, were killed, including Ukrainians, Swedes, Britons and Afghans, who were on board the Boeing plane of Ukraine International Airlines.


The plane crashed shortly after takeoff at dawn Wednesday from Khomeini International Airport in Tehran, in conjunction with Iran firing a number of missiles at two US bases in Iraq, in response to the killing of the Quds Force Commander of the Revolutionary Guards, Qassem Soleimani.

After finding out that the Iranian Revolutionary Guard Corps (IRGC) tried to cover up the downing of the Ukrainian plane, Rouhani gave an ultimatum, come clean or walk.

Following the shooting down of a Ukrainian plane, which took place over Iran on January 8, the Islamic Republic only admitted that it was responsible for the targeting of the passenger aircraft when Iranian President Hassan Rouhani threatened to quit unless the Islamic Revolutionary Guard Corps (IRGC) admitted responsibility, The New York Times reported on Sunday.

According to the Times report the IRGC knew about the incident minutes after it happened and refused to share that information for days, even with the president of the Republic.

Re: "Speculation, assurances and denial" .. Did an Iranian missile shoot down the Ukrainian plane?

claude why waste your time writing everyone knows they did it on purpose. trump should return the favor and blow up the country and do the world a big favor 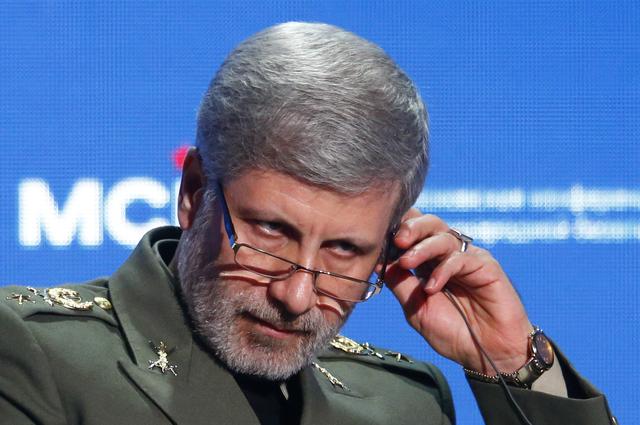 DUBAI (Reuters) - The black box of a Ukrainian passenger plane accidentally shot down over Iran last month is damaged but Iran will not hand it over to another country despite pressure for access, top Iranian ministers said on Wednesday, according to state media.
Canadian Prime Minister Justin Trudeau said last week he had “impressed upon” Iranian Foreign Minister Mohammad Javad Zarif that a complete and independent investigation into the shooting down of the airliner had to be carried out.
Many of the 176 who perished in the disaster were Iranians with dual citizenship, which is not recognized by Iran. Canada had 57 citizens on board.

“We have a right to read the black box ourselves. We have a right to be present at any examination of the black box,” Zarif said.
“If we are supposed to give the black box to others for them to read it in our place then this is something we will definitely not do,” he said.
Defense Minister Amir Hatami said the flight data recording box had “sustained noticeable damage and the defense industry has been requested to help in reconstructing (it).”

“The reconstruction of the black box is supposed to take place first and then the reading,” Hatami said.
All 176 passengers aboard the plane were killed when the Revolutionary Guards, Iran’s most powerful military force, fired missiles at the plane after mistaking it for a hostile target.
Iran is in discussions with other countries, particularly Ukraine, about the investigation, foreign minister Zarif said.
Reporting By Babak Dehghanpisheh; Editing by Toby Chopra
Our Standards:The Thomson Reuters Trust Principles.

Page 1 of 1
Permissions in this forum:
You cannot reply to topics in this forum
Who is online?
In total there are 159 users online :: 1 Registered, 0 Hidden and 158 Guests :: 3 Bots