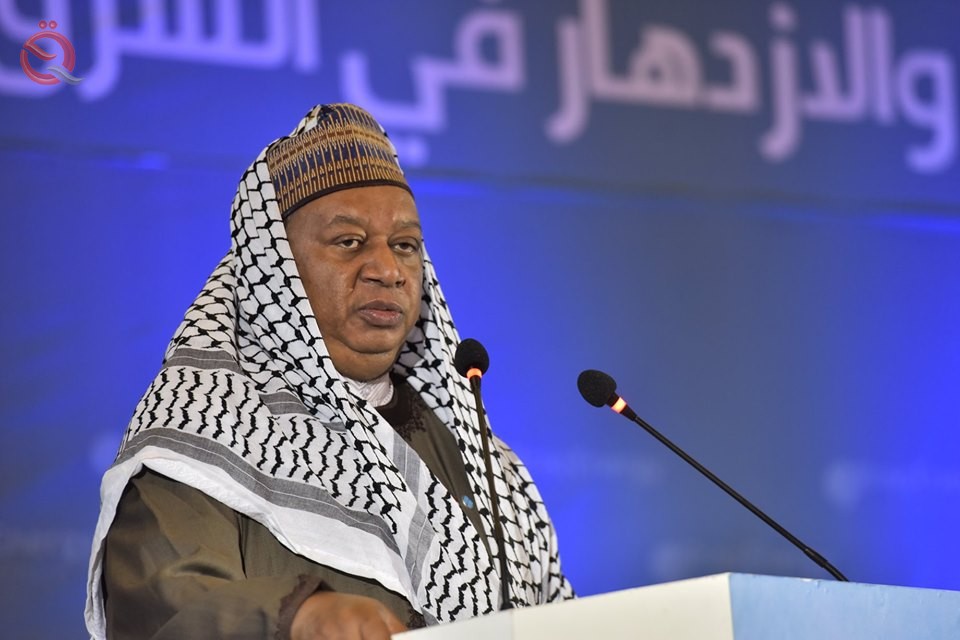 Economy News - Baghdad
OPEC Secretary-General Mohamed Barkindo stressed on Wednesday that Iraq's oil production is continuing and facilities are safe.
"I am confident that the leaders of the Middle East are doing everything they can to bring the situation back to normal," Barkindo added.
OPEC Secretary General Mohamed Barkindo said he is optimistic that Iraq will reach a compliance rate of 100% with OPEC cuts in a timely manner despite the current tensions, noting that it is expected that the global demand for oil will reach about one million b / d.
He described demand expectations as "not strong but not a cause for concern."
He drew attention to the OPEC Secretary-General, in a letter to US President Donald Trump, that OPEC alone could not bear the responsibility to keep the oil market balanced.
Oil prices jumped to their highest levels in months, Wednesday, after the Iranian military strike on the American "Ein Al-Assad" base in Iraq, which raises fears of a conflict that disrupts oil supplies.

Page 1 of 1
Permissions in this forum:
You cannot reply to topics in this forum
Who is online?
In total there are 127 users online :: 2 Registered, 0 Hidden and 125 Guests :: 2 Bots