The American attack on Baghdad sends negative messages to investors

The American attack on Baghdad sends negative messages to investors 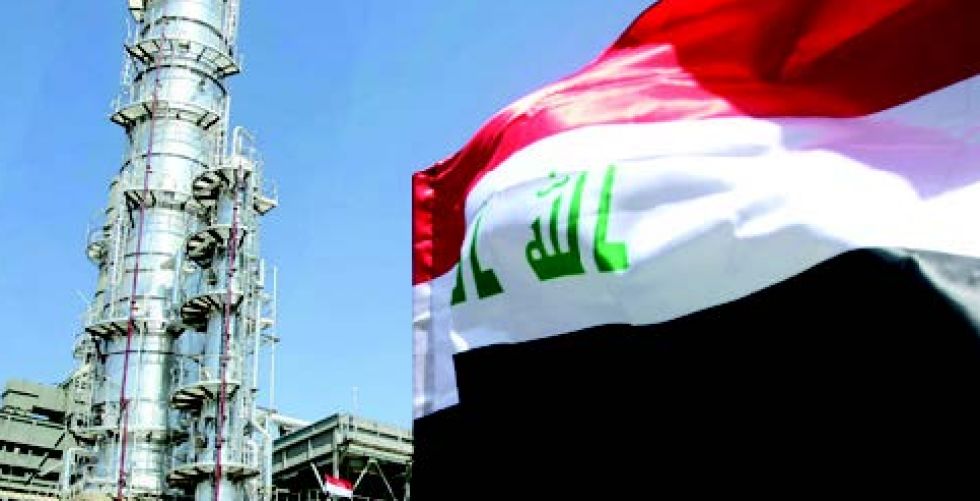 A number of economic experts warned against the impact of the American air raid that targeted the deputy head of the Popular Mobilization Authority, Abu Mahdi al-Muhandis, and General Qasim Soleimani in the Iraqi and international economy, noting that it would send negative messages to investors wishing to invest in Iraq, and stressed that the martyrdom of the two leaders led to an increase in global oil prices The airlines incurred huge financial losses.

The economist Abdul Sattar Al-Bayati said in a special statement to Al-Sabah: “In the light of the world of communications and the Internet, there is no economy in the world closed to itself, and therefore any overlap of the internal domestic factor with the external factor casts a shadow over the overall economic developments in any country in the world.” That "any crisis that occurs in a country will lead to an imbalance in the stock market, as well as an economic crisis that will inevitably affect the global markets and the international economy."

He added that "the assassination of the two leaders, Engineer and Soleimani, who are known and national symbols, each in his country, will certainly have a significant impact on the economy, especially since we knew that the first signs of this effect are the rise in the world oil prices by 4 percent immediately after the accident and this matter affects Iraq and Iran, because they are Two oil countries influencing the world market, "pointing out that this" will also affect the issue of energy and the issue of prices and public revenues for each of these two countries. "

He continued, "The reactions of a large number of countries towards this issue expect that there will be economic changes or some countries that may take a certain position or a specific action and its economic impact will be great in the world," noting that any crisis occurs, whether in Iraq or in another country in which a movement is affected Aviation, and this is what we observed when the movement of air was affected in Iraq, and its impact will not be negative on Iraq only, but even on countries that set procedures for travel to Iraq and travel to Iraq is postponed for a day or two or more because there are interests for companies and travelers and these are all revenues that will surely be lost by companies I Ran, these are all factors that negatively affect the economy. "

He pointed out that "the Iraqi economy will benefit only from high oil prices, but it will be harmed, perhaps as a result of the decisions or actions of some countries.

The implementation of projects

In turn, the expert in financial affairs, Mohamed Abdel Reda, warned of the impact of targeting the two martyrs on the Iraqi economy.

Abdul-Ridha said in a special statement to "Al-Sabah": "The American raid will affect the Iraqi economy in terms of the flight of foreign companies operating in Iraq and the delay in implementing investment projects, as well as sending negative messages to investment companies that Iraq is not stable in security."

He added that "the last religious reference sermon in which it called for self-restraint This is an indication that the current and future period is difficult for Iraq, so self-restraint and the return of security and political stability to the country must be overshadowed by a positive impact on the Iraqi economy."

In turn, the General Company for Exhibitions and Commercial Services announced the postponement of the establishment of the specialized exhibition for Iranian food, dairy and drinks, which was to be held for the period from 13 to 16 January this year on the ground of the Baghdad International Fair.

A statement of the company, followed by "Al-Sabah", stated that "the delay came at the request of the Iranian organizing company (Moderit Baroza Hai Namashikah Irani) due to the circumstances in Iraq," adding "a new date will be announced if it is installed with our company."

The repercussions of the aggression continued their regional effects, as the Saudi and Kuwaiti stock exchanges led the downward trend of stocks in the Gulf markets in their last sessions.

"A war between the United States and Iran would reduce global GDP globally by 0.5 percent or more, mainly due to the collapse of the Iranian economy and also to the impact of high oil prices," Jason Tavey, chief economist of emerging markets at Capital Economics, said in a note last week.

Debt insurance contracts increased from the risk of default that investors buy to protect them in the event of default, by more than 13 percent recently, after targeting, according to data.
Refinitiv.

A banker specializing in debt said that the spread of bond prices in the global debt market is expected to widen due to the increased risks.

Global concerns increased about the escalation of geopolitical events in the Gulf region, after the martyrdom of Engineer and Suleimani near Baghdad International Airport.

Analysts and experts believe that a fifth of the world's oil production will be affected by the region's trend towards escalation, and the price of a barrel of oil will rise to record levels that may reach around $ 100.

The global crude oil prices were soon affected, and Brent futures rose more than 3.2 percent, the highest level in three and a half months at 69 dollars per barrel.

Oil prices will maintain levels above $ 67 a barrel for Brent during the coming period, with tensions remaining in the region, amid the multiplicity of options that Tehran previously pursued before the US sanctions.

Mohamed Al-Shatti, an oil expert, told Anatolia: It is natural that the escalating atmosphere, as a result of geopolitical tensions in the production areas, supports the state of concern about supplies in the oil market.

Al-Shatti pointed out that the oil prices will remain high, and will interact with every threat to the movement of navigation, trade and transport of oil from various paths, including the Strait of Hormuz in the Persian Gulf, where almost 20 percent of the world's oil needs are transported along with natural gas.

The Strait of Hormuz, southern Iran, is one of the scenarios that Tehran may resort to as one of the economic response tools to the assassination of Soleimani, by disrupting oil supplies from the Gulf states to the world.

The average daily flow of oil in the strait was 21 million barrels per day in 2018, equivalent to 21 percent of the consumption of petroleum liquids worldwide, according to the US Energy Information Administration, which makes it the largest waterway in the world.

Al-Shatti continued: "The current fears are the escalation of the confrontation between the United States and Iran, and the effect of this on the increase in oil prices further, after rising initially in a preliminary reaction."
He said: "Geopolitical developments remain very important, especially as they are in production areas that have huge reserves and levels of production that ensure the security of supplies, and operate a safety valve in the markets."

"The effects will be difficult for the region and will be reflected in oil prices if they are not contained quickly, because any military operations or political threats in the Gulf region are affected by the rise in oil prices," said Ahmed Hassan Karam, an analyst for the global oil markets.
Karam added that the trump card of Iran, which will be used quickly, is the closure of the Strait of Hormuz, through which about a third of the world's oil production passes.

He continued: "Maybe we will see record highs as a result, and we may see the prices of $ 100 a barrel again if such an event occurs."
Things. "

With regard to the most prominent concerns that now dominate the oil markets, John Luca, director of development at Dubai-based THanks Markets, said: It includes the expansion of the American-Iranian conflict, which will hinder the supply chain in the region and further rise in prices to historical levels, in the event of war. between two sides.
Along with Iran, the Arab Gulf region produces around 23 million barrels of oil per day, accounting for nearly 23 percent of the total global demand for crude, estimated at 100 million barrels per day.