A source in the Republic’s Presidency Office said today, Monday, that President Barham Salih has received from the US administration a copy of the US Penal Code for Iraq, which will be issued if its forces are removed.

The source said to "Al-Akhbariya", "Saleh received today an unsigned copy of the decision of the US sanctions on Iraq in case he wants to get the American forces out of his lands by any decision."

He added: "The delivery of the copy of the decision to the President of the Republic, is aimed at being fully informed of the dire consequences of the sanctions before they are signed and formally announced by US President Donald Trump, in case Iraq remains insisting on its decision."

Yesterday, Sunday, the Iraqi Council of Representatives voted on a decision committing the government to work to end the presence of any foreign forces on Iraqi soil, during an extraordinary session in the presence of the head of the caretaker government, Adel Abdul Mahdi.

The session came at the request of the caretaker government and "pro-Iranian" Shiite political blocs in response to the assassination of the leader of the popular crowd Abu Mahdi al-Muhannadi and the commander of the Iranian Quds Force, Qassem Soleimani, by American bombing near Baghdad airport, but other blocs announced their boycott of the session.

"If American forces are forced to leave, then we will impose major sanctions on Iraq they have never seen before, and Iran's sanctions next to them will be a small thing," US President Donald Trump told reporters accompanying him on his return from Florida.

The US President vowed "great revenge" if Iran launched attacks, stressing that Washington would target Iranian cultural centers as punishment to target Iran for American citizens.

He also said he would consider publishing intelligence documents about the killing of the Quds Force commander, Qassem Soleimani.

Trump threatens Iraq with suffocating sanctions ... and pledges that Iran will not obtain a nuclear weapon

[size=34]Trump threatens Iraq with suffocating sanctions ... and pledges that Iran will not obtain a nuclear weapon[/size] 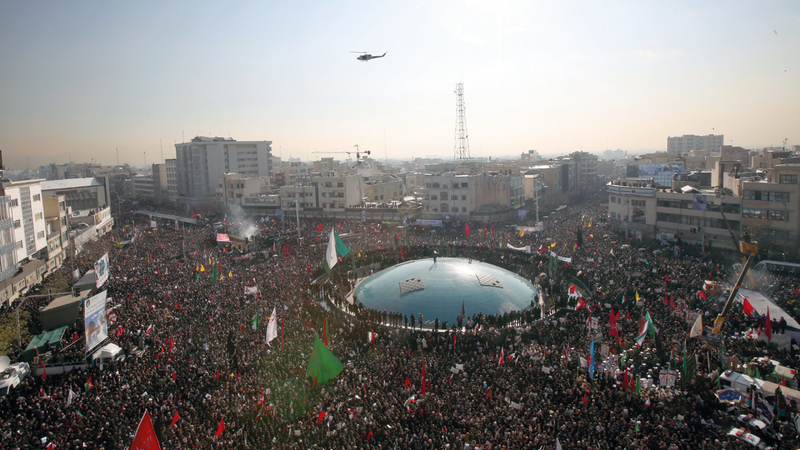 US President Donald Trump has threatened to impose "unparalleled" sanctions on Iraq if American forces are forced to leave his territory, hours after the Iraqi parliament asked the government to "end the presence" of foreign forces in the country, while saying in a tweet on his Twitter account: "Iran will never have a nuclear weapon."
The US president also insisted on his threat to target Iranian cultural sites, warning of "great revenge" if Iran retaliated against the killing of the Iranian military commander Qassem Soleimani.
"If they really ask us to leave, and if this is not done amicably, we will impose sanctions on them they have not seen before," Trump said, on Monday, aboard Air Force One, as he was returning to Washington after a two-week vacation in Florida. He pointed out that these sanctions, which he threatened to impose on Iraq, would make those imposed on Iran insignificant compared to them.
"We have an exceptionally expensive air base there. It cost billions of dollars to build it. We will not leave if they do not make up for us. ”
And the parliament of Iraq called the day before yesterday the government to "end the presence of any foreign forces" on its soil, through direct "canceling the request for assistance" submitted to the international community to fight "ISIS".
During an emergency session of the parliament, which was transmitted directly via the official channel of the state, and in the presence of the resigned Prime Minister Adel Abdul Mahdi, the parliamentarians approved the "obligation of the Iraqi government to preserve the sovereignty of Iraq by canceling the request for assistance," according to what Parliament Speaker Muhammad al-Halbousi announced.
On the other hand, Trump vowed to Tehran of "great revenge" if it launched an attack on American facilities in the Middle East in response to the killing of the Quds Force commander in the Iranian Revolutionary Guard, General Qassem Soleimani. "If they do anything, there will be great revenge," he said.
He again threatened to hit Iranian cultural sites, asking, "They have the right to kill our citizens and we have no right to harm their cultural sites?" Things are not going like this. ”
Speaker of the US House of Representatives Nancy Pelosi said that the House will present and vote this week on a resolution on the powers of war aimed at curbing President Donald Trump's military moves toward Iran.
"This decision is similar to the resolution Senator Tim Kane presented in the Senate," she said in a statement.
"(The resolution) will reaffirm the long-standing oversight responsibilities of Congress, by ordering the administration to halt military combat operations in relation to Iran within 30 days unless the Congress takes further action," she added.
The decision is likely to win approval by the Democrat-led House of Representatives, but the prospects for passage are weaker in the Senate, where it is controlled by Trump's Republican comrades, many of whom have said they support Trump's moves against Iran. Gen. Qassem Soleimani, who was in charge of the Revolutionary Guards' foreign operations abroad and the architect of Iranian strategy in the Middle East, was killed in a US air strike targeting him at dawn Friday at Baghdad International Airport.
Trump and his advisers are defending the US air strike that killed Soleimani and increased tension in the region. Trump says Soleimani was planning attacks against Americans, adding that he was considering publishing intelligence reports that prompted him to order the killing.
Targeting cultural sites with military action is a war crime under international law, which includes a UN Security Council resolution endorsed by the Trump administration in 2017 and the Hague Agreement to protect cultural property in 1954.

This comes at a time when White House counselor Killian Conway said yesterday that Trump is confident he can negotiate a new nuclear agreement with Iran, a day after Iran announced it was seeking to further reduce its obligations under the 2015 nuclear deal.
Asked if Trump believed he could still negotiate a new deal, Conway told reporters at the White House: “He said he's open to that. If Iran wants to start behaving like a normal country ... definitely (he will). ” 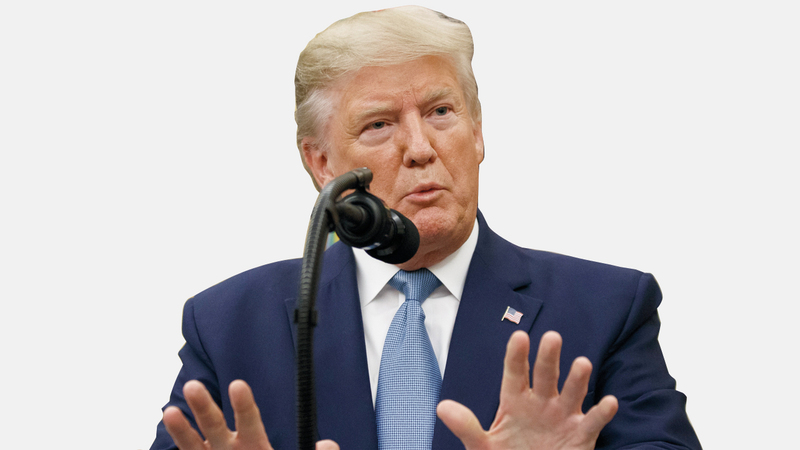 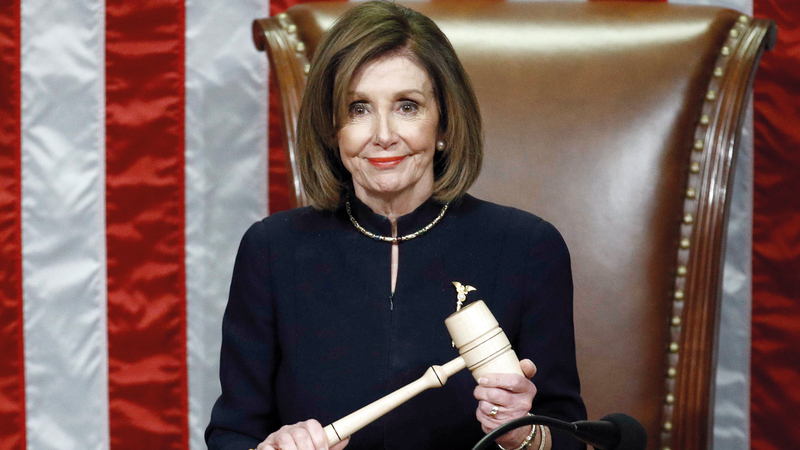 US President Donald Trump has threatened to impose sanctions on Baghdad, after the Iraqi parliament asked US forces to leave the country.

Trump said that if his forces left Iraq, Baghdad would have to pay Washington the cost of the air base there,
noting that this base was exceptionally expensive, and the construction cost billions of dollars to build.

Trump has threatened to impose sanctions that Baghdad has not known before, and not even compared to the sanctions on Tehran, if Iraq demanded the departure of the American forces and this was not done in a friendly manner.

» TNT UPDATE - The money should be flowing next week. -- Monday is a real possibility if everything goes smoothly this weekend.

» Holly says -- From all sources this coming week should be the final release. I

» Fleming claims - Monday morning banks all over the world will have new rates that must be honored.