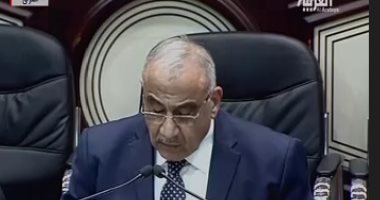 The Iraqi Prime Minister, Adel Abdul Mahdi, said that the Iraqi Minister of Interior stood in front of the American embassy building to prevent its storming by the demonstrators, pointing out that Abu Mahdi, the engineer who was killed in the American bombing that targeted him with the Iranian Quds Force commander Qassem Soleimani, was a pivotal round to persuade the protesters to withdraw After they brought their tents with the aim of picking up in front of the embassy until they fulfilled their demands, adding that the highest American official authorities thanked the efforts of the Iraqi government, Trump called us to play a mediating role between Washington and Iran.

The Iraqi Prime Minister revealed during an emergency session of the Iraqi parliament to discuss the repercussions of the killing of Qassem Soleimani, that he was on a date with the commander of the Quds Force, Qassem Soleimani, on the day of his killing and was scheduled to carry a message from the Iranian side in response to the Saudi message that we brought to the Iranian side to reach important agreements and breakthroughs In Iraq and the region.

The Prime Minister of Iraq confirmed that the American planes marched through the country without prior permission from the government, shortly after an attempt to storm the American embassy in Baghdad.

The Iraqi parliament is holding an emergency session to discuss the American presence in the country, in response to the bombing that targeted the commander of the Quds Force, General Qassem Soleimani, and a prominent leader in the Iraqi popular crowd Friday, and the draft resolution voted by the Iraqi parliament mandates the government to cancel the request for assistance submitted to the international coalition to fight Organization of ISIS, announcing the numbers of foreign technicians and trainers that need them, their whereabouts and tasks, as well as asking the Ministry of Foreign Affairs to file a complaint against the United States of America .
The decision also states, according to media outlets, to end the presence of any foreign forces on Iraqi soil and prevent them from using Iraqi airspace .

Meanwhile, Brigadier Amir Hatem, the Iranian Minister of Defense, ruled out what he called the United States’s dare to launch an attack against his country, adding in statements published by the media a while ago in response to the threats of US President Donald Trump, And US President Trump, Iran, again threatened stronger strikes than ever, if American interests were attacked, in response to the killing of the Quds Force commander Qasim Soleimani last Friday.

Abdul-Mahdi: It is in the interests of Iraq and Washington to end the foreign presence

Abdul-Mahdi: It is in the interests of Iraq and Washington to end the foreign presence On Sunday, caretaker Prime Minister Adel Abdul-Mahdi said that it was in the interests of Iraq and Washington to end the foreign presence.

Abdul Mahdi said in his speech to Parliament: "We ask Parliament to study all the consequences before taking any decision regarding the American presence," noting that "it is in the interest of both countries to end the military presence in Iraq."

He added: Iraq is facing an urgent end to the troop presence or a timetable to end its presence, noting that "the conflict increased between the priorities of Iraq and Washington, which undermined confidence between the two parties."

He continued: "Before the assassination of Engineer and Suleimani in Baghdad, we had pressure tools and we lost an important part of it now," noting that "Iraq is facing an immediate end to the presence of the American forces or a return to the UN decision to be there."

Abdul-Mahdi: Whoever wants to switch to politics must give up arms

Abdul-Mahdi: Whoever wants to switch to politics must give up arms The head of the caretaker government, Adel Abdul Mahdi, confirmed today, Sunday, that whoever wants to switch to politics should give up arms.

Abdul-Mahdi said, during his speech at the parliament session, that "whoever wants to switch to politics should give up arms."

He added: "America informed us that some of the strikes that targeted the crowd sites were carried out by Israel," noting that "the popular crowd is part of the Iraqi security system and its elements are 100% Iraqis."

He continued: "The US government warned that putting its forces at risk would lead to a direct response."

He explained: "Washington's view of Iraq has become part of its policy towards Iran," noting that "we have warned the Americans that unilateral bombing will have dangerous consequences."

And between, "The Iraqi government or the security authorities did not give any approval for the entry of protesters from the popular crowd to the Green Zone to protest in front of the American embassy."

In his speech, Abdul-Mahdi said: "The head of the crowd, Faleh al-Fayyad, threatened to leave the post if the protesters did not withdraw from the American embassy," noting that "the American drones roamed the air in Baghdad and without the permission of the government." Page 1 of 1
Permissions in this forum:
You cannot reply to topics in this forum
Who is online?
In total there are 164 users online :: 1 Registered, 0 Hidden and 163 Guests :: 2 Bots

Most users ever online was 2065 on Mon Apr 09, 2012 5:34 pm
Latest topics
» The Central Bank announces the establishment of a course on combating money laundering and terrorist financing for a period of 1/28/21/2021