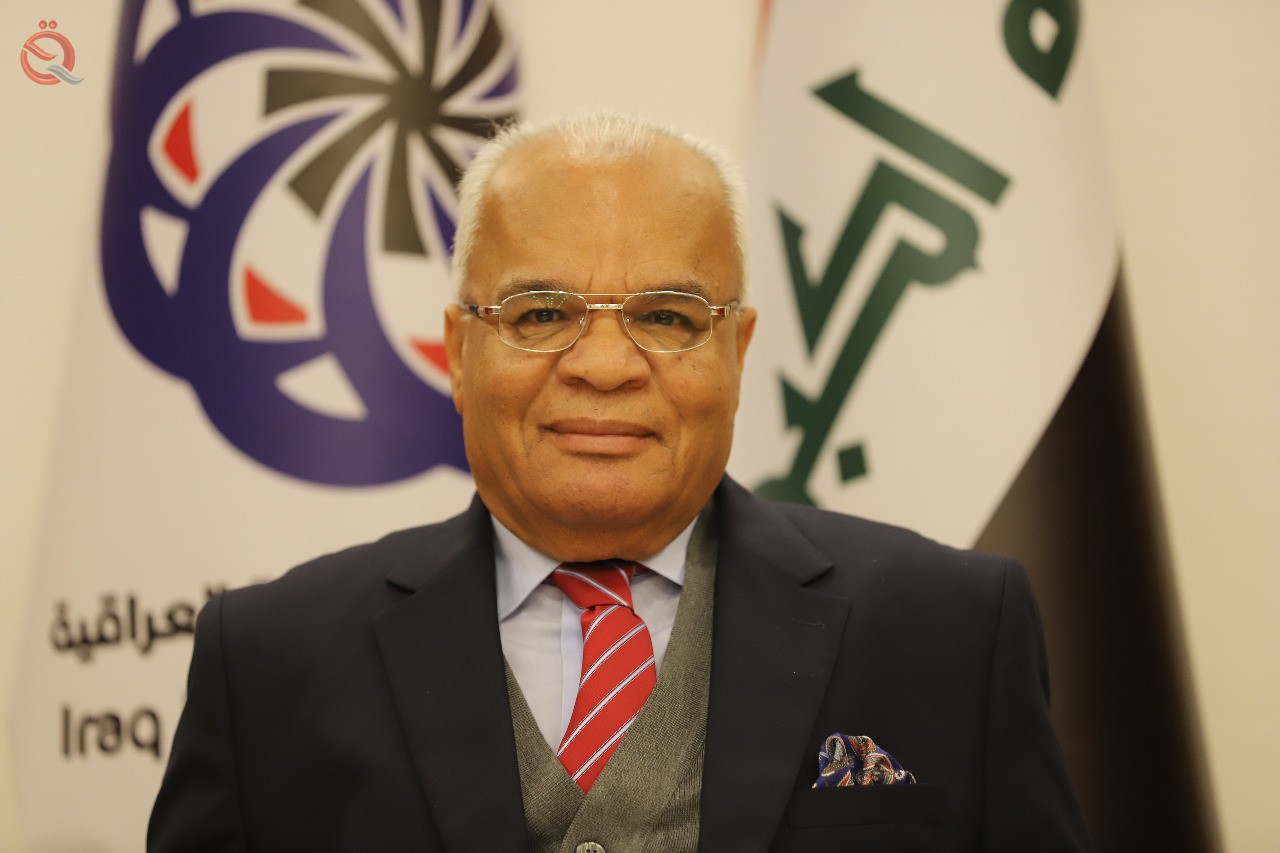 Our great Iraq since October 1, 2019 is going through a popular youth mobilization conscious of its role in creating the renaissance of Iraq, the patient, who suffers from economic, security and political shocks, and financial and administrative corruption that is rampant in an organized way in all areas of life. Therefore, the peaceful youth movement knows well what their efforts and programs need Strategies and methodology implemented by the patriotic, efficient and enthusiastic sons of Iraq for reform and radical and comprehensive change in all new building rings, and the most important link that occupies a priority before the new government is economic reform, achieving economic stability and building a new reform structure led by the news. E and youth-conscious and whose agenda is focused on the service of Iraq and its people only without partisanship or Aotktl quotas.

This prompts us to think carefully that we benefit from the experience of young people and emerging economies, which now constitute economic poles that influence the leadership of the global economy by relying on the capabilities of their youth and their national competencies, so we need now, especially in the year 2020 to take advantage of the conditions of the peaceful popular movement in youth leadership A new revival of the country, coupled with their love for their people and their homeland, especially that Iraq is about within weeks to move to a new stage in overcoming a harsh stage in politics and economics, and will move to an important transitional phase after the movement that makes us draw inspiration from lessons and lessons by relying on water August the Iraqi efficient, ambition and conscious of the goals of this stage in the leadership of the institutions of the national economy and the methodology of a new scientific-based and sound planning and vitality and determination to overcome the challenges and focus on young people insured a capacity homeland beloved Iraq and the Iraqi people proud people in the transition to the Renaissance stage in the proper construction of the economy with a new spirit bearing

Here, the steps of the Iraqi Private Banks Association should be supported by its administrative body and the youth team working in it to achieve this goal, benefiting from the experiences of previous generations in all economic and banking activities and employing them according to their capabilities, competencies and youth potential to achieve youth leadership for the wheel of economic reform in the renaissance stage.

This is confirmed by the activities of the association (2016-2019) and its plan for the year 2020 in its training and qualification for banking human resources and students of management and economics colleges and coordination with the central bank, banks and universities and adopting them to implement programs to stimulate and encourage young people and entrepreneurs in starting their small and medium enterprises through support and support of the station, which is a center for care The youth, their support and the adoption of their development projects, which is the first that was established at the level of Iraq.
The results of the training activity for the youth of the Association during the past five years can be determined by the limits of 5,000 young male and female employees and university graduates. Training focuses on economic activities And its financial, banking and economic media .
This is evidence that young people will lead the economy and the banking soon because I Aaomn that takes care of and supports young people will ensure that the great renaissance and the future of Iraq.
* Economic and banking consultant 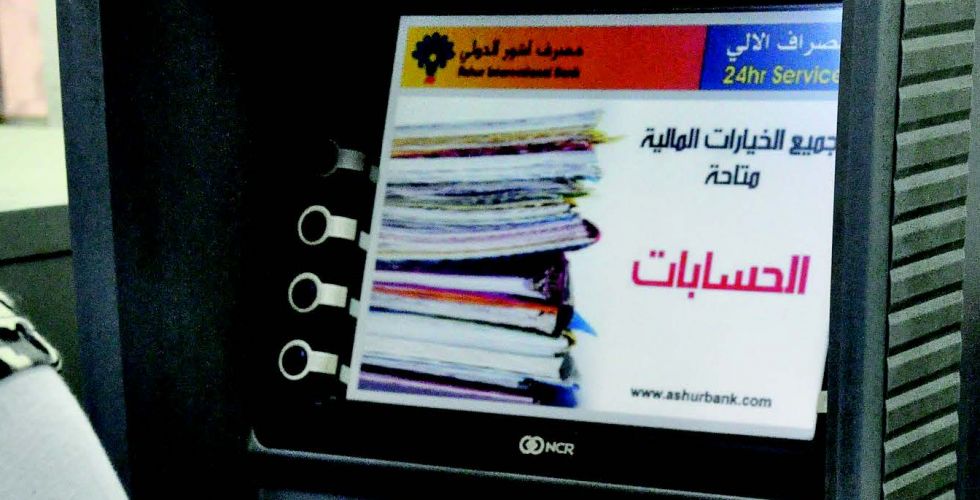 On the occasion of the end of 2019 and the conditions of the popular movement, the legitimate demands of our people, instances of clashes in interests, visions, political tensions that our beloved Iraq is going through, the confusion of economic life in Baghdad and the central and southern governorates, and our reception for a new year, its tracks and goals do not seem clear-cut and cloudy in many areas.

Therefore, through neutral, transparent review and analysis and evaluation of the economic situation in Iraq in the light of monetary policy applications in implementation of the main and subsidiary objectives included in the strategy of the Central Bank for the years (2016-2020) and in particular what has been achieved from them during the past four years and the prospects for the requirements of stabilizing the positive results achieved and starting to implement The bank's plan in the year 2020 and the following years, according to its stated vision in building the infrastructure of the banking sector and clarifying the opportunities available to banks, customers and investors, which include twenty-one strategic banking projects in the technical and complementary field The following is legal, developmental, and the type of project, goal, results, and implementation period have been defined and from the point of view of a specialist in banking activity and close to the mechanisms of banking work and the supervisory and supervisory role of the central bank reached facts, evidence and signals
Achievements.

Emphasizes that the Central Bank of Iraq has proven to be an effective economic institution in Iraq, during the past four years through its accomplishments in achieving monetary policy goals set out in its Law 56 of 2004 and its contribution to supporting the national economy. The following facts and applications confirm
that.

After mid-2014 Iraq suffered two security and economic shocks because of the war on terrorism on behalf of the countries of the world and the decrease in oil prices, the main resource for Iraq by more than 70 percent. Her customs
And its laws.

In the military tradition, the armed military forces cannot achieve the victory achieved by the enemy without there being a civil and economic effort that supported them and the most important effort and the most prominent effort that must be provided by all agencies and the private sector is the effort and economic support that contributes to achieving the decisive military victory.

This is what has already been achieved and work and reality, and the most important and most important thing that has been achieved was the support of the state treasury in the amount of 16 billion dollars in procedures and tools of monetary policy and achieving stability in the exchange rate from 1/1/2018 to
right Now.

Reducing inflation and maintaining its percentage of less than (2 percent) and maintaining a foreign cash reserve in excess of $ 80 billion is enough by 160 percent as a cumulative accumulator according to the latest IMF standard with gold reserves within a record rate
Excellent.

In addition to that, its adoption of standards and controls consistent with the requirements of international standards in compliance and combating money laundering and terrorist financing and the activation and consolidation of new visions of monetary policy applications. Thematic challenges
And subjective.

And the application of policies to restore confidence in the banking transactions of Iraqi banks with Arab and foreign banks and strive to build a solid banking sector and continue to make exceptional efforts to improve the bank's reputation with international financial institutions and organizations and correspondent banks.

And building strong relationships with Arab and foreign central banks and international financial organizations, as well as procedural, organizational, structural and internal development policies were drawn up, which aim to achieve stability in the monetary system and the development of banking work technically, structurally and organizationally and raise the proportion of financial inclusion to the target ratio, where he prepared and laid the financial foundations And the technology appropriate to the reality of the Iraqi economy and the mechanisms of banking, which formed a solid base on the domestic scale
And outside.

Page 1 of 1
Permissions in this forum:
You cannot reply to topics in this forum
Who is online?
In total there are 238 users online :: 1 Registered, 0 Hidden and 237 Guests :: 2 Bots