The Pentagon announced on Sunday that the US military targeted 5 facilities for the Hezbollah Brigades, including weapons stores and command and control sites.
"In response to Hezbollah's repeated attacks on Iraqi bases hosting the coalition forces, American forces launched precise defensive strikes against its 5 facilities in Iraq and Syria," the Pentagon said in a statement on its official website.
"These strikes will weaken Hezbollah's ability to carry out future attacks against coalition forces," the statement added.
The statement accused Hezbollah of targeting an Iraqi base with 30 rockets, killing one American citizen and wounding 4 other Americans and 2 Iraqi security forces.
Continued 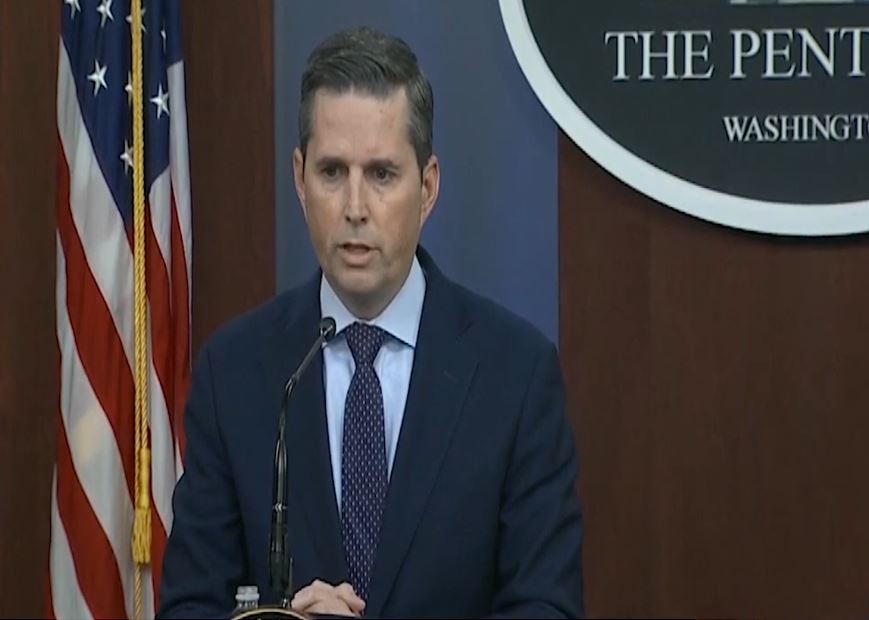 
, Assistant Secretary of Defense Jonathan Hoffman revealed on Sunday the details of his country's bombing of the crowd's headquarters in the district of Al-Qaim, west of Anbar Province.

Hoffman said in a statement that Mawazine News received a copy of it, "In response to the repeated Hezbollah brigades' attacks on Iraqi bases hosting the coalition forces" the "inherent solution process (OIR)", American forces launched precise defensive strikes against five of its facilities in Iraq. And Syria will weaken the party's ability to launch future attacks against coalition forces. "

He added, "The five goals include three Hezbollah sites in Iraq and two in Syria. These sites included weapons storage facilities and command and control sites that Hezbollah uses to plan and carry out attacks on coalition forces."

He pointed out, "The recent Hezbollah strikes included a missile attack on more than 30 Iraqi bases near Kirkuk, which killed an American citizen and wounded four American service personnel and two members of the Iraqi security forces."

He continued, "The party has a strong relationship with the Iranian Quds Force and has repeatedly received lethal aid and other support from Iran that it used to attack coalition forces in Iraq."

And, "The coalition is in Iraq at the invitation of the Iraqi government to ensure the permanent defeat of ISIS and to provide advice and assistance to the Iraqi security forces. The United States and its coalition partners fully respect Iraqi sovereignty, and support a strong and independent Iraq.


However, the United States will not be deterred from exercising its right to Self-defense It is important to note that the Hezbollah attacks also caused the injury of several members of the Internal Security Forces. ”Ended 29 / H 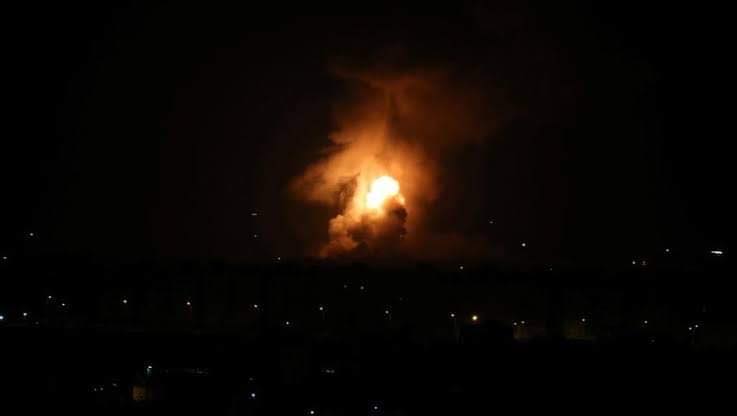 , a security source said, on Sunday, that the order of the Hezbollah Brigades forces was martyred during the American bombing of the crowd headquarters in the district of Al-Qaim, west of Anbar.

The source told Mawazine News that "the bombing resulted in the death of Haj Ali, commander of a regiment in the Iraqi" Hezbollah Brigades. "

He added, "The final outcome of the bombing is not yet known." Ended 29 / h

U.S. targets militia in Iraq with military strikes after death of American

U.S. targets militia in Iraq with military strikes after death of American
DEC. 29, 2019

The U.S. carried out military strikes in Iraq and Syria targeting a militia blamed for an attack that killed an American contractor, a Defense Department spokesman said Sunday.

The U.S. blames the militia for a rocket barrage Friday that killed a U.S. defense contractor at a military compound near Kirkuk, in northern Iraq.

Officials said attackers fired as many as 30 rockets in Friday’s assault.

The Defense Department gave no details immediately on how the strikes were conducted. It said the U.S. hit three of the militia’s sites in Iraq and two in Syria, including weapon caches and the militia’s command and control bases.

Hoffman said the U.S. strikes will weaken the group’s ability to carry out future attacks on Americans and their Iraqi government allies.

Iraq’s Hezbollah Brigades, a separate force from the Lebanese group Hezbollah, operate under the umbrella of the state-sanctioned militias known collectively as the Popular Mobilization Forces. Many of them are supported by Iran.

A senior member of the Popular Mobilization Forces, who spoke on condition of anonymity because he was not authorized to speak to the news media, said at at least 12 fighters with the Hezbollah Brigades had died in U.S. strikes along the Iraq and Syria border. His account could not immediately be independently confirmed.