Is The Death Of 'Wokesterism' Upon Us?

Is The Death Of 'Wokesterism' Upon Us?

An Expulsion Of Demons

Is there any saving the Democratic Party? This wretched concatenation of ill-will, bad faith, false witness, and sore-loserdom lurches from one defeat to the next like some mindless monster from an ancient fable of ruin, seeking a final spectacular spasm of self-annihilation. Let’s face it: only an exorcism will do, some spiritual emetic to induce the projectile vomiting of all that borscht the monster has swallowed.
[url=https://www.zerohedge.com/s3/files/inline-images/mrz121119-color-1-5mb_orig %281%29_0.jpg?itok=9sksW8oB] 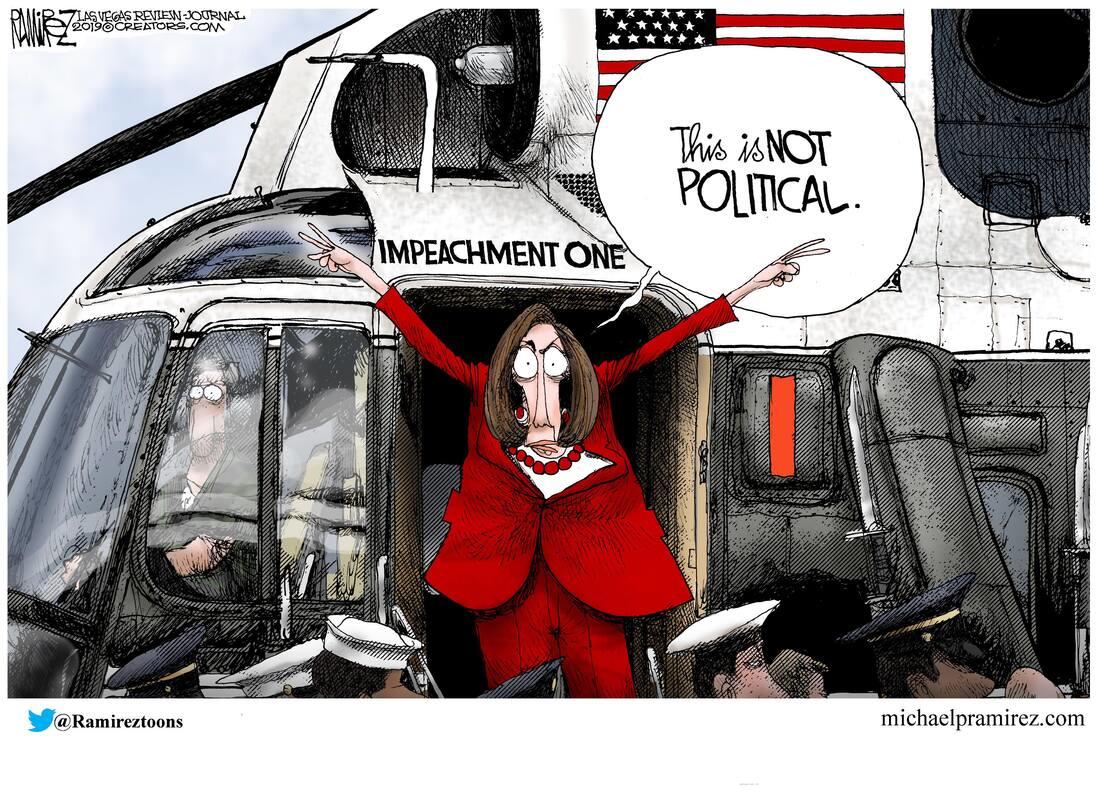 
The “progressive” (not) Resistance took two body-blows last week, one foreign and one domestic.

Meanwhile, the impeachment dumbshow put on by hobgoblin Jerrold Nadler enters a most interesting zone of suspense this week as fate propels it towards a floor debate and then a vote by the whole house on Wednesday or Thursday. That’s a lot of time for members to reflect on the message sent to the voters by last week’s IG report — namely, that the investigative arms of government are so deeply corrupt and malicious that only fools and cads will go along with their findings, and that the distrust extends to the committees in congress who swallowed all that seditious malfeasance in pursuit of impeachment. That might give the vapors to enough congresspersons in swing districts to bring the actual floor vote for impeachment up short. If the case against General Michael Flynn is dismissed as it should be by the IG’s report of broad prosecutorial misconduct — and possibly at any moment now — that could seal the deal against an impeachment vote.

NEVER MISS THE NEWS THAT MATTERS MOST

ZEROHEDGE DIRECTLY TO YOUR INBOX
Receive a daily recap featuring a curated list of must-read stories.

How much ignominy can they endure? Have they not grasped the reality that the Mueller investigation failed? That it appears to have been only one part of a larger criminal enterprise to defraud the public? That the Resistance was just an effort to cover up swales of wickedness in a greater swamp of government-gone-rogue? And now, to come to this: two articles of impeachment so transparently empty that they look like windows into vacated soul of the Democratic Party.
And now consider all this vectoring into the catastrophe that the Democratic primary has become heading into election 2020. Joe Biden? Really? Are they serious? He left a slime trail as wide as the DC Beltway around his doings as Veep, with enough video evidence to make the College of Cardinals weep for his post-mortal prospects. Elizabeth Warren and Bernie Sanders might be moved to study up on what just happened in the UK election, and weigh how US voters might be disposed to another four-year beat-down with the cudgels of inclusion and diversity plus the shady blandishments of free everything. And what else can you show me? Mayor Pete and Cory Booker, two pieces of defective merchandise cluttering up the showroom?
This solemn holiday may be the Democrat Party’s last chance to avoid suicide. They need to have a conversation with someone on the cosmic hotline, come to the realization that they’ve truly hit bottom now and must, as Rep Devin Nunes suggested Sunday to his colleague Adam Schiff, sign into rehab.

Page 1 of 1
Permissions in this forum:
You cannot reply to topics in this forum
Who is online?
In total there are 132 users online :: 1 Registered, 0 Hidden and 131 Guests :: 1 Bot