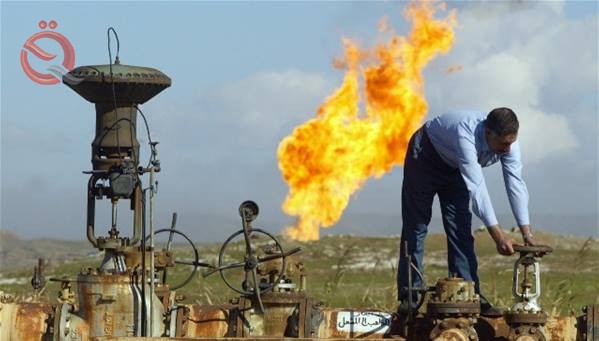 Deputy Prime Minister for Energy and Oil Minister Thamer Al-Ghadban announced, on Wednesday, a review of the contracts signed with (Kar) and (Qiwan) refineries to provide oil derivatives with an estimated capacity of 120 thousand barrels.
Al-Ghadhban said in a statement reported by the official Al-Sabah newspaper, which was viewed by Al-Iqtisad News, that “the two contracts with the (Qar) and (Qaiwan) refineries were concluded during the executions of the former minister, Jabbar Laibi. Kurdistan. "
And that "these two contracts were concluded after the (ISIS) terrorists took control of a number of governorates and destroyed the Baiji refinery, which was providing nearly 50 percent of oil derivatives to all of Iraq, in addition to the urgent need to provide derivatives to the displaced people of those areas and provide them with electrical energy."
Al-Ghadban added that "the previous government directed its ministers and its ministry to undertake campaigns to help the sons of liberated areas and the displaced, so the role of the Ministry of Oil was to provide oil products despite the stopping of the Baiji refineries at that time and the remaining liquidation capacities with the volume of import from derivatives that do not meet the needs of citizens, so I resorted to these refineries and signed The first two decades with the Kar refinery and the other with Qiwan. "
He explained that "the two contracts also require the ministry to supply the refineries with crude oil from the fields of the North Oil Company, to be liquidated there, and the federal government receives the products, to give the liquidators a fee and wages for the cost of the liquidation, which amounts to 10 dollars per barrel," noting that "the two contracts were Urgent so there are some gaps.
The Minister of Oil stated that his ministry "After assuming responsibility, I began to hear a murmur about these two contracts, so guidance was directed at studying the contract with the relevant authorities in the ministry and some gaps were observed, and this is normal because the contract was concluded quickly and under an exceptional circumstance, it was emphasized the need to review the contract form so that it is Clear and does not contain holes. "
He continued, "The contract must also be comprehensive, with the necessity of writing the specifications in the contract form and be of high quality, and work on the possibility for the officials of the refineries to transfer the liquidation of 20 thousand barrels per day for the refinery of Qiwan and approximately 100,000 barrels per day for the refineries of Kar in addition to reducing the fees for refining the barrel of oil The refinery and addressing some of the gaps that were occurring with the refined quantities of delivered crude oil and the quantities granted to them for the purposes of electricity generation and operation.
Al-Ghadhban pointed out that "these matters put together have been subject to detailed scrutiny through coordination and supervisory committees and daily reports, noting that it is not a week until this issue has been discussed in the formed operations room at the Ministry's headquarters."
He pointed out that "some people think that there are political pressures or financial corruption that surround these two contracts. Therefore, the Ministry has taken great care not to renew the two contracts despite the amendments to them. Which requires compensation for these quantities of derivatives, which amount to eight million liters per day of gasoline and gas oil through importation through the Gulf. "