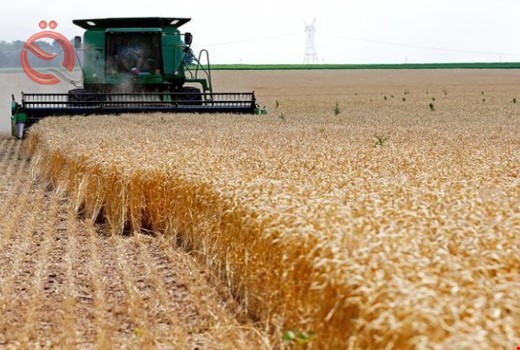 On Monday, the head of the Parliamentary Committee on Agriculture, Water and Marshlands Salam al-Shammari announced an investment opportunity to grow one million acres in a number of governorates.
Al-Shammari said in a statement seen by "Al-Iqtisad News", that "Iraq started with a qualitative achievement, which is diverting the course of the Euphrates River and feeding the Tigris River with Iraqi efforts and efficiencies.
Announcing during the next few days an investment opportunity to grow a million dunams based on artesian wells in Muthanna and Najaf and another in Anbar, Karbala and Wasit by relying on groundwater without the need for two rivers through more than 90 thousand wells in these governorates, and these steps are registered to the Ministry with the Parliamentary Committee.
He explained that another investment opportunity will be referred to fish farming on the banks of the third river / general estuary / a 40-meter landing on both sides of the river with examination of the fish for the experiment and it was found that the water is suitable for cultivation and fish farming for human consumption with a referral of 500 thousand dunums along the general estuary right and left.
Al-Shammari pointed to the rehabilitation of the dams by Iraqi efforts and efficiencies, which were threatened by the dams of Mosul, Darbandikhan, Ramadi, Al-Warar and Fallujah and their rehabilitation by the Ministry of Water Resources without additional financial consequences and without any external consultation with the completion of Nazim Abu Sakhir efforts by the ministry with the addition and for the first time 9 reclamation projects stalled since 2014 until the end of Now it is in the middle Euphrates / Hilla - Kafel / and / Hilla - Shanafia / it has been processed and will be cultured very soon.
He continued, 36,000 dunums of land have been reclaimed in Diwaniya - Al-Shafia and will start farming next year, indicating that in previous years Iraq was growing from one million to one million and 500,000 tons of wheat and 500,000 tons of barley, and now, with the help of the Ministry of Water Resources, more than 5 million tons were cultivated Of wheat, more than one million and 500 thousand tons of barley, and Iraq declared self-sufficiency of the two crops, an achievement that had not previously occurred.
He stressed that Iraq has not witnessed the cultivation of 700,000 dunums of the paddy crop, and thanks to everyone, more of this area has been farmed in the provinces licensed to grow in Najaf and Diwaniyah, part of Babylon, part of Diyala, Kut and Amara with a very small percentage, and this crop was included in the ration card in addition to stave off the risk of flooding and reduce its damage In a number of provinces.