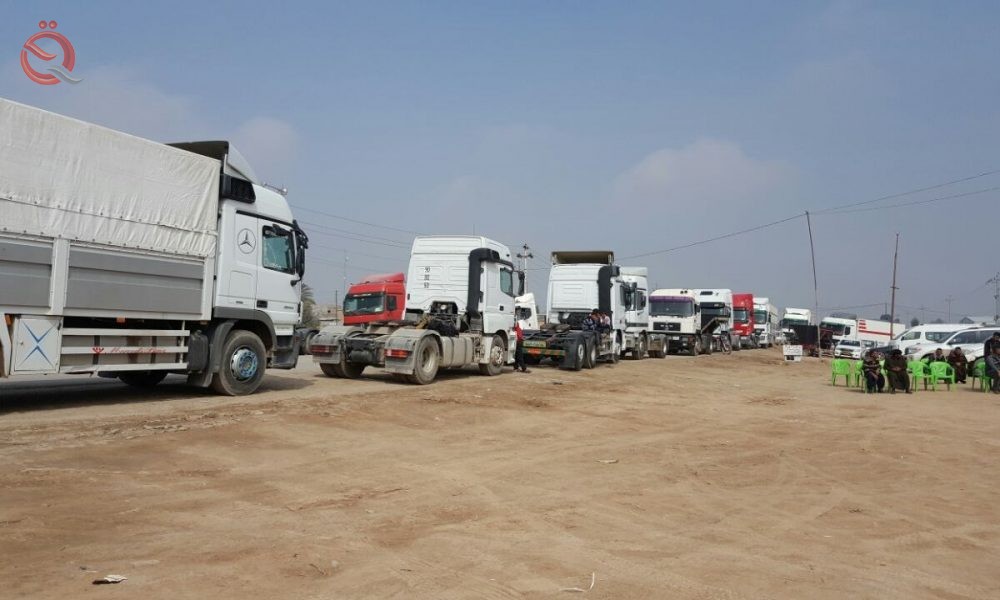 Jordanian economic reports said, on Thursday, that the rate of export of its products to Iraq decreased during the past article, which was attributed by specialists to the security situation on the one hand and the imposition of customs duties by the Iraqi side.
The reports said that Jordanian exports to Iraq decreased by 8% during the first nine months of this year, while national exports increased by 7.8% during the same period.
The general statistics adopted by the reports show that the value of national exports to Iraq declined during the first nine months of this year to 306 million dinars compared to 333 million dinars compared to the same period last year, recording a decrease of 27 million dinars.
And the foreign trade index began since the beginning of the current year between the Kingdom and Iraq, due to the decline in national exports, whose volume began to decrease since last March compared to the same period last year despite the signing of a package of agreements and memoranda of understanding related to economic affairs and the reopening of the land border crossing between The two countries.
Jordan and Iraq agreed, during the month of February (February) last, on broad economic files, the most important of which is the implementation of the decision to exempt 344 Jordanian commodities from Iraqi fees and the project to extend the oil pipeline, industrial zone, transportation, electricity, agriculture, communications and information technology, and it was on the sidelines of the Prime Minister’s visit, Dr. Omar Razzaz to Baghdad.

Page 1 of 1
Permissions in this forum:
You cannot reply to topics in this forum
Who is online?
In total there are 88 users online :: 2 Registered, 0 Hidden and 86 Guests :: 2 Bots