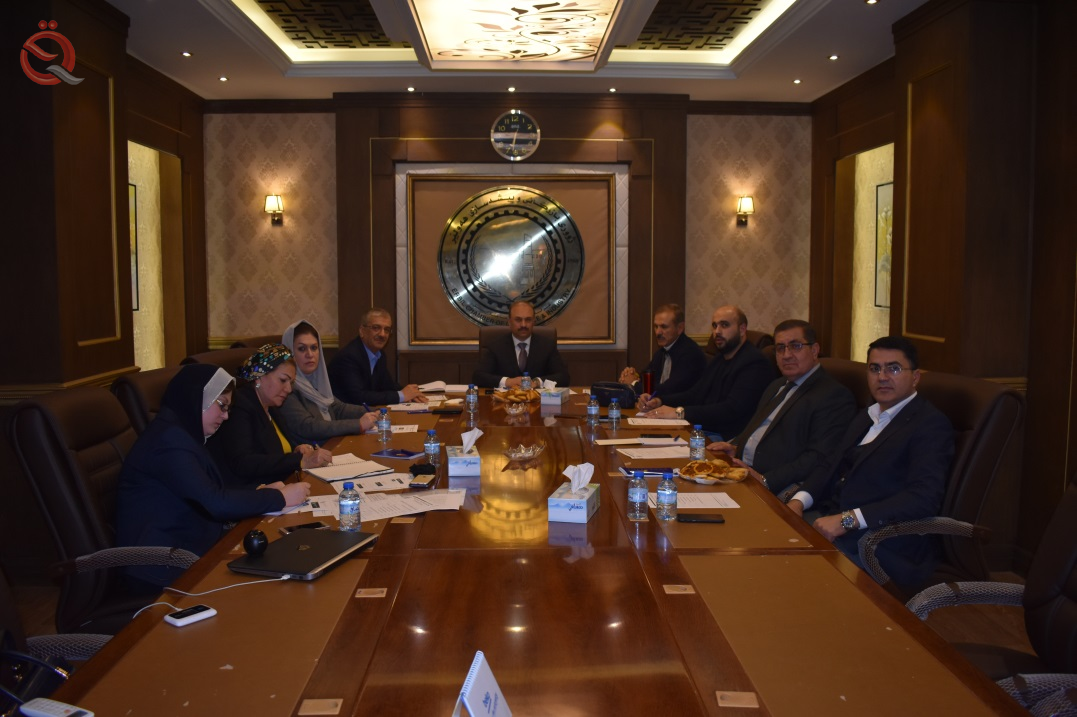 Economy News - Baghdad
The Board of Trustees of the Governance Foundation for Directors held its sixth meeting in the hall of the Chamber of Commerce and Industry in Erbil.
The meeting was chaired by Chairman of the Board of Trustees Mahmoud Barzanji and Vice Chairman of the Kar Group, in the presence of members of the Council Dr. Wasfi Taher, Vice Chairman of the Board of Trustees and Vice President of the University of Tech Zaki Hussein is capable permanent member of the board of Directors of Salahuddin Holding company and Mohammed Younis from the international finance Corporation , the Office of IFC in Iraq and the administration of the Executive Secretary Bushra Foundation Executive Director Imad Sazan financial and administrative director of the Foundation and with the participation of e Tefih Both Princess Agag responsible governance in the Middle East and North Africa at the International Finance Corporation , IFC and Mazen Al - Saad , an expert on technology and smart cities.
During the meeting, the most important stations that the Foundation went through in 2019 were discussed and outlines the Foundation's annual plan for 2020 in light of local and global economic changes.
The meeting stressed the growing interest of the private sector in adopting a culture of governance and including it in the work of those institutions because of its proven success and remarkable development among the institutions and companies that have adopted corporate governance in its executive structure.