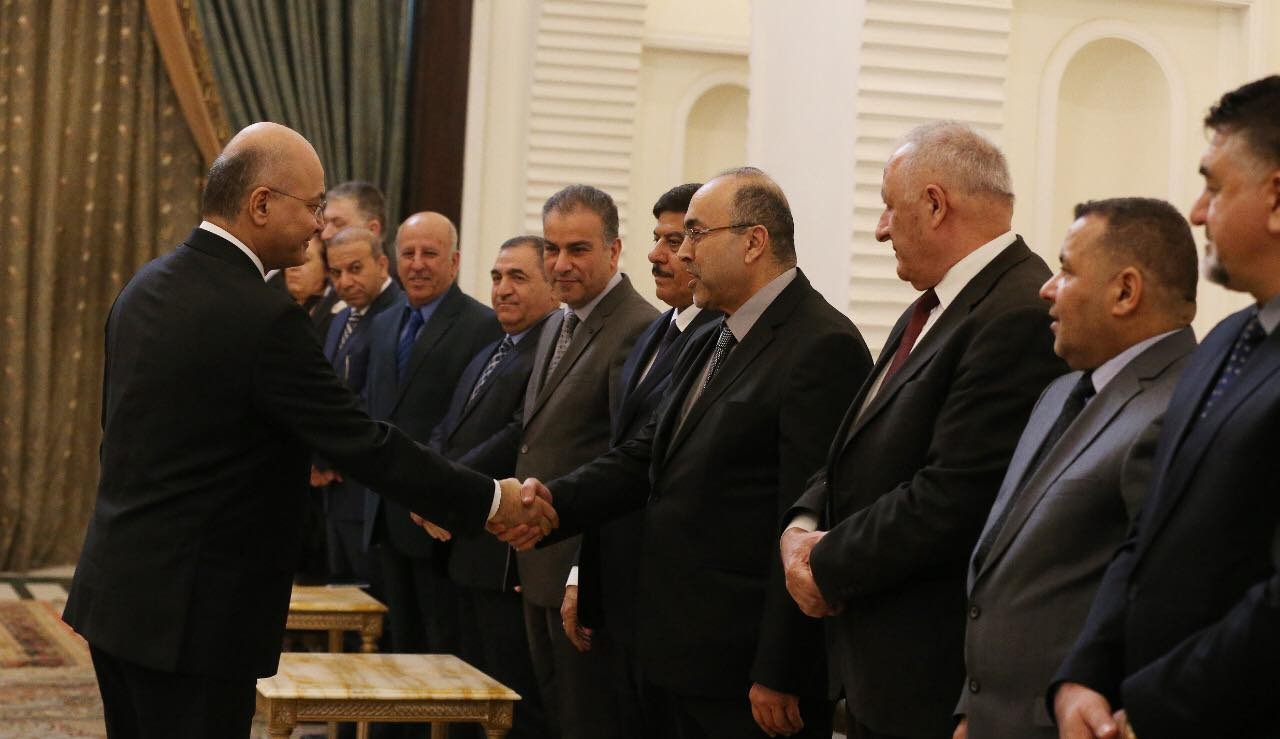 , President of the Republic, Barham Salih, confirmed on Wednesday the necessity for the candidate for the position of the next Prime Minister to be approved by the Iraqi people.

A presidential statement, which Mawazine News received a copy of, stated that "In the framework of the efforts of the President of the Republic in the meeting and listening to the views of various official and popular parties, President Barham Saleh met, in separate meetings, a number of university presidents and academics. Presidents and representatives of trade unions and popular activities. "

The statement added, "The meetings discussed the current situation in the country and the efforts and endeavors made to nominate a prime minister for an interim government within the constitutional timings and contexts and emphasize the importance of engaging different elites in resolving the national choice of the prime minister of the interim government whose primary duty is to meet the entitlement to reform and prepare for fair elections According to a fair electoral law. "

Saleh stressed that "the candidate for the position of Prime Minister will be accepted by the Iraqi people and will fulfill their aspirations and hopes for a free and dignified life and within the constitutional times and contexts."

He listened to "the views of the attendees at the meetings regarding the reformist movement and its legitimate demands, and how to work for peaceful demonstrations to be a springboard for real and radical reform work for the political process and start the stage of rebuilding the country and protecting the rights of citizens." End 6/6 n