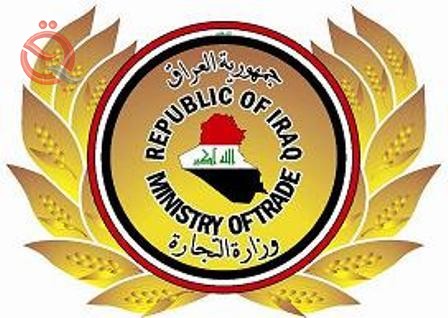 Economy News - Baghdad
The Ministry of Trade announced, on Wednesday, that the General Company for Exhibitions and Commercial Services was granted 49 export licenses for Iraqi merchants during the month of November last year to export 14 goods to 10 countries.
The general manager of the company, Sarmad Taha Saeed, said in a statement seen by "Al-Iqtisad News", that "the licenses were granted to export various food, chemical and food items."
Saeed added, "The materials for which export licenses were issued were (naphtha, fuel oil, spent carbon, handcrafted industries, crude oil, gasoline, flankout, oxidized asphalt, ascetic dates, dough dates, molasses, gum water, wools, leather. Chrome Sheep) and other articles. "
He pointed out that "these materials were exported to (10) countries, which are the United Arab Emirates, Iran, Turkey, Lebanon, Syria, Egypt, Jordan, Libya, Qatar, India and the Netherlands."