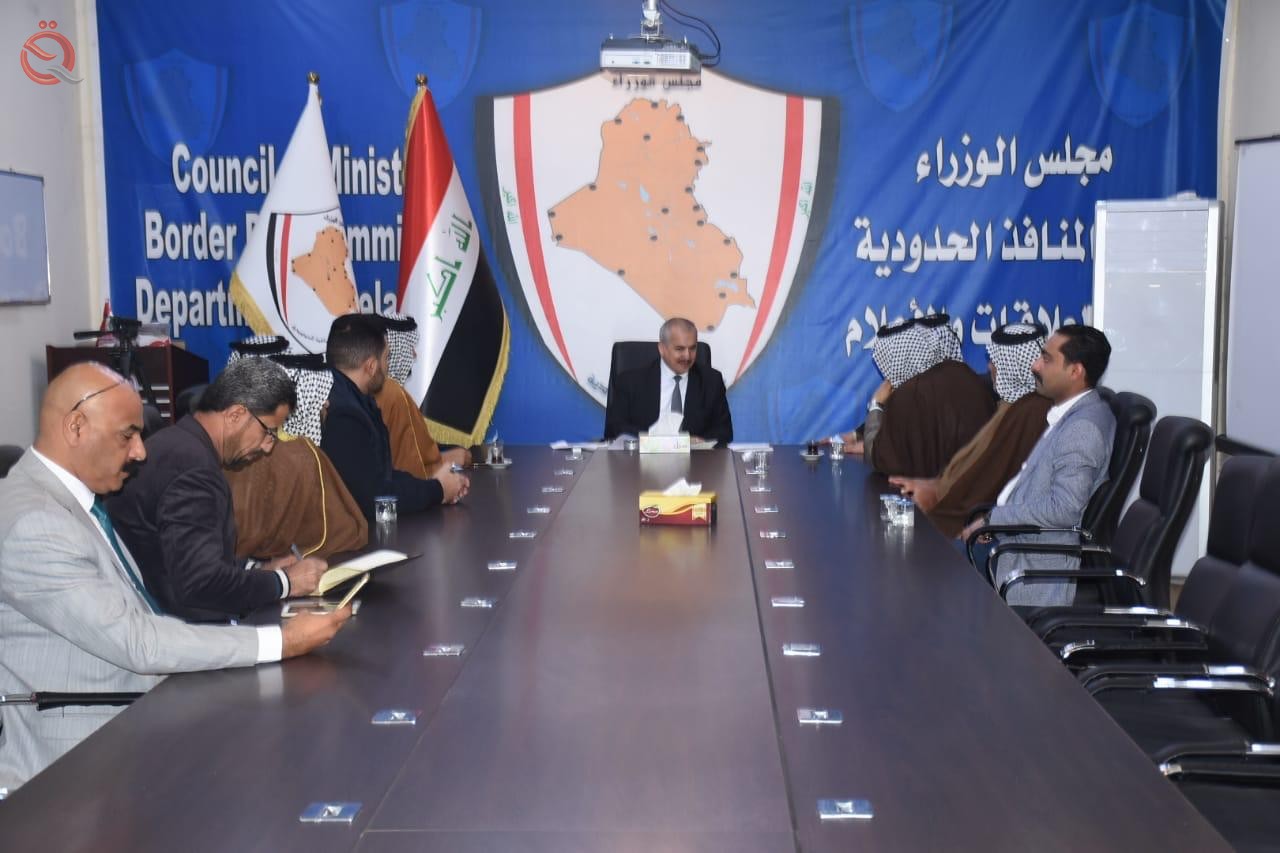 The Border Ports Authority announced on Sunday that it had taken decisions to protect the local producer from smugglers whose crimes amounted to the level of organized crime that is trying to dump the market.
The authority stated, in a statement received by Al-Iqtisad News, a copy of it, that its president, "Kazem Al-Aqabi, received today in his office a delegation of peasant associations represented by the President of the General Union in Iraq, Haider Al-Abadi, Walid Hamad, the President of the Federation in Karbala Governorate, Ahmed Naim, President of the Safwan Association for the Protection of Green Vegetables and a number One of the members of the Executive Office of the Peasants Union in Karbala.
Al-Aqabi stressed, "The necessity of protecting the local product from the traffickers of the people and the saboteurs of its economy, provided that the competent supervisory authorities work in accordance with the agricultural calendar to protect the efforts of farmers and ensure their rights in local markets."
The head of the commission explained to the delegation the role of the Border Ports Authority despite the recent establishment of it to reduce smuggling cases and refer the neglected to the judicial authorities to take the necessary legal measures against them and confirm the obligation of the territorial government to implement the decision (13) of 2019 to unify the customs procedures and link the ports to the federal government ports and unify Agricultural calendar to ensure farmers ’rights and not to flood the market with products that threaten local production.
Al-Oqabi added: "We have mutual understandings and cooperation with tomato farmers in Al-Zubair farms, and we have taken decisions and measures to protect their product from smugglers, and that their crimes rise to the level of organized crime that tries to dump the market and fight the local product at various levels."
The statement explained, "
And he stated that "the president of the commission received the requests of the visiting delegation promising to present it before the prime minister to ensure the rights of this national segment of manipulation of crisis dealers and its support of the local product in order to enhance our national economy."