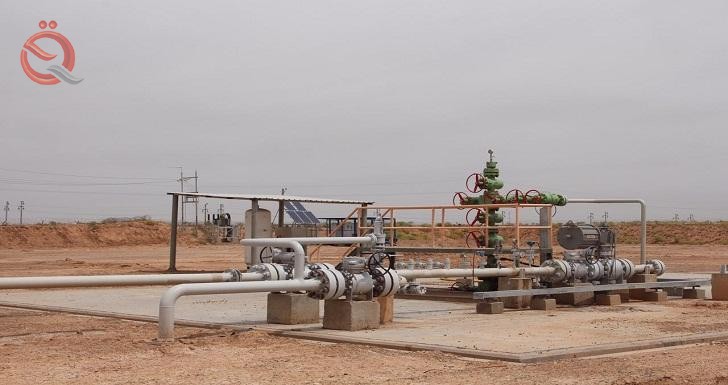 Economy News _ Baghdad
Maysan Oil Company, on Wednesday, announced the arrival of its production to 650 thousand barrels per day, while celebrating the opening of service projects implemented within the amounts of social benefits.
"The company celebrated the opening of social benefits projects implemented through the contract of the Bazerkan oil field in joint coordination with the Chinese oil company (CNOOC). These projects are the rehabilitation of external roads and water stations," the official Sabah newspaper quoted Adnan Noshi as saying. It is a series of projects implemented by the Chinese company within the amounts of social benefits carried out in the first and second phases now and to complement the projects that have been implemented previously. "
He pointed out that "the cost of the projects implemented amounted to (12) million dollars and other projects will be implemented during the coming period." The projects will be inaugurated in the near future and fall within the activities of Maysan Oil Company.
Saget explained that "the company has adopted in its policy to maximize the resources of the province and the country by increasing oil production, which amounted to the fields under its responsibility within the operations of Maysan oil up to (650) thousand barrels per day distributed between the fields of national effort production and licensing rounds of oil companies (PetroChina) The capacity of 400 thousand barrels per day, and the fields of Maysan more than (250) thousand barrels per day. "
He pointed to the drilling of more than (300) oil wells in the field of Halfaya and more than (150) wells in the fields of Maysan and fields of national effort exceeded (230) wells.
He explained that "the company's plans focus on increasing production, especially from the fields of national effort and licensing rounds of oil, as well as the investment of gas associated with oil extraction operations, where there is a large gas project in the field Halafaya will be completed by the end of 2021 and start production in the beginning of 2022 and provides gas As fuel for power stations operating in the province, in addition to cooking gas, liquid gas and other associated products that can be used in manufacturing industries, "He pointed out that" gas produced from the field of Halfaya reached the limits (400) million meters / cubic record. "

Page 1 of 1
Permissions in this forum:
You cannot reply to topics in this forum
Who is online?
In total there are 136 users online :: 2 Registered, 0 Hidden and 134 Guests :: 2 Bots