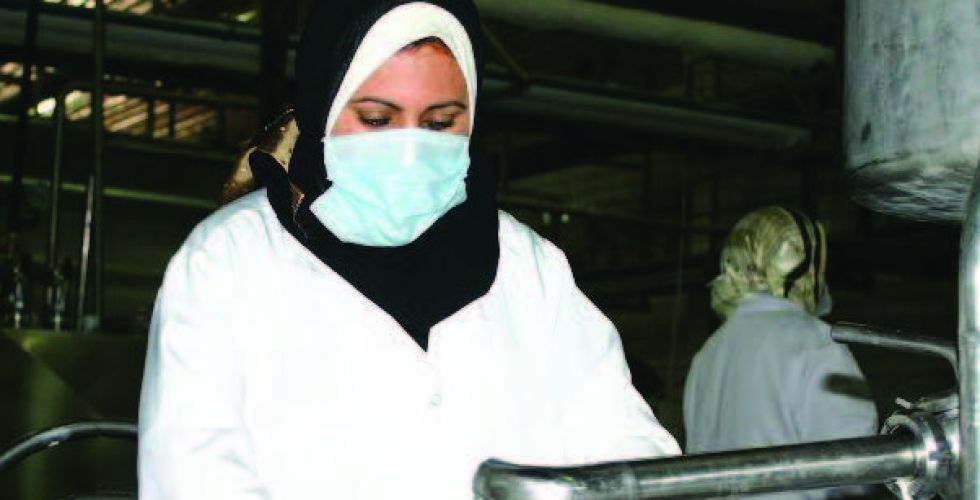 As part of the reform orientation, the Cabinet decided to simplify the lending procedures of the Central Bank for Small and Medium Enterprises (SMEs) initiative.


According to the document of lending to small and medium-sized enterprises obtained by "morning", the Prime Minister's Office directed several banks and under the supervision of the Central Bank of Iraq to lend investors and businessmen to new and medium-sized enterprises and the re-operation and rehabilitation of stalled factories, which require the opening of external or internal credits.

Upgrading the national product
"The importance of this step in the promotion of the national product, as it will encourage investors to implement small and medium enterprises, in addition to the revitalization of the stalled factories," said industrial specialist Aqeel Al-Saadi. It must be followed by other steps and initiatives. "
The initiative provides for financing 80 percent of the project after completion of 20 percent by the investor, the repayment period of the loan should be 10 years with periods of repayment for the first and second years. Other than fees for opening credit.
Loan repayment mechanism
"The simplification of procedures by the Council of Ministers to include this initiative is a matter of importance, especially since the previous procedures were somewhat complicated," Saadi told Al-Sabah.
The loan repayment mechanism provides for: Payment of the amounts of machinery, equipment and furniture that he wishes to purchase directly to the supplier according to the enhanced invoices for purchase or the opening of documentary credits as part of the loan payment, and the payment of the lease amount directly to the landlord as part of the loan payment, if the property is rented.
It also provides for the payment of the remaining cash for the implementation of the infrastructure of the project in accordance with the completion rates, in addition to the signing of a contract and bill of exchange with an additional 30 percent of the loan amount, and pledge the factory to the Iraqi Trade Bank with the value of the loan plus 30 percent of the loan value as collateral for the loan or the issuance of a letter of guarantee in favor of The bank is one of the banks operating in Iraq and accepted by the bank, as well as personal sponsorship, and the opening of the borrower's account deposited by the proceeds of the project, and pledge to employ at least 80 percent of Iraqi labor in the project.
National Product Insurance
For his part, the economic specialist Khalid Al-Tamimi pointed to the "need to support small and medium enterprises by the government to enhance the security of the national product and support the market
Local. "
He added that the measures that can be taken by the government in support of projects will be temporary.
Tamimi also urged "responsible authorities to simplify lending procedures, especially lending to young groups, and support small projects, which support the economy of the Iraqi family and thus achieve prosperity in society."

Page 1 of 1
Permissions in this forum:
You cannot reply to topics in this forum
Who is online?
In total there are 114 users online :: 0 Registered, 0 Hidden and 114 Guests :: 2 Bots