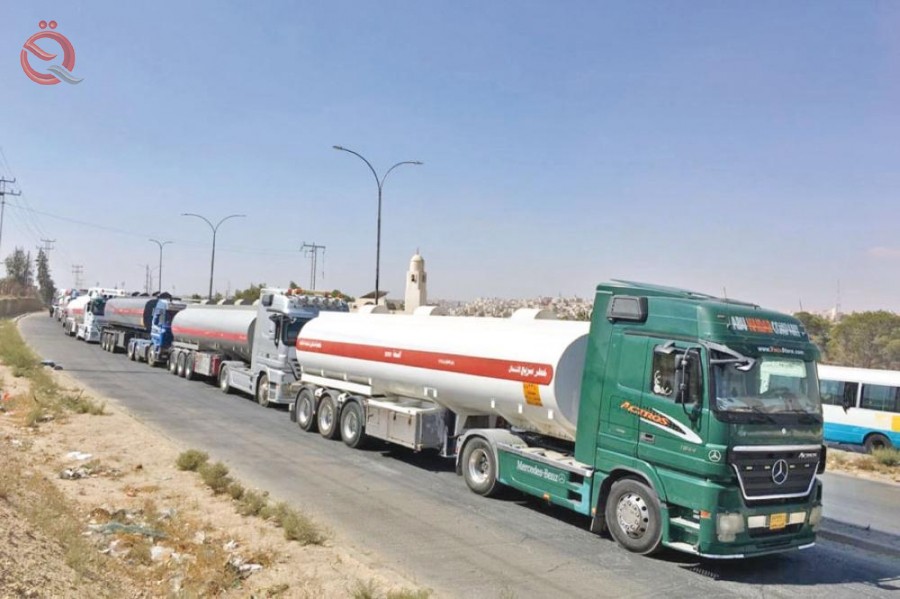 Economy News _ Baghdad
Iraqi Minister of Energy and Mineral Resources Hala Zawati said on Monday that Iraqi oil arrives in Jordan daily as planned, at a rate of 10,000 barrels.
Zawati said in remarks to the newspaper "Al-Rai", that oil shipments arrive to the Kingdom regularly since the fifth of September last, noting that the transfer of quantities daily is smooth, according to the memorandum signed with Iraq.
The minister explained that the quantities vary from day to day, but they are within the monthly rate of about 300 thousand barrels.
In February, Jordan and Iraq signed a memorandum of understanding to import Iraqi crude oil by 10,000 barrels per day by road through Jordanian and Iraqi tanks from the Baiji refinery in Iraq to the Jordanian oil refinery in Zarqa.

Yesterday at 3:51 pm by Jayzze

»  Association of Private Banks: the central bank reduced interest on small and medium loans from 6.3% to 4%

» Starting the trial operation of the Mahwel Block Factory, with a capacity of 30 million blocks annually.

» Construction ends land designs to be distributed among citizens

» Frank26 says -- It's time for them to call, show the cards and raise the value.

Yesterday at 3:40 am by Jayzze

Yesterday at 3:33 am by Jayzze

» Jeff says -- Right now they still have to finish what's IMO the two items...the rate change is waiting on -

Yesterday at 3:29 am by Jayzze

» MilitiaMan says -- you're not going to get to a market economy with a program rate...all these things are coming...

» Kaperoni says -- it's almost as if Iraq is trying to make up for the last 10 years in the next few months.

» Breitling says -- .There's two options on the table. To withdraw from the reserve or to add value to the currency.

» MarkZ says -- They are sitting there…ready…right now. Huge anticipation for the next 24 hours.