A leaked document .. Abdul Mahdi put forward a draft to establish a fund for social allocations

A leaked document .. Abdul Mahdi put forward a draft to establish a fund for social allocations 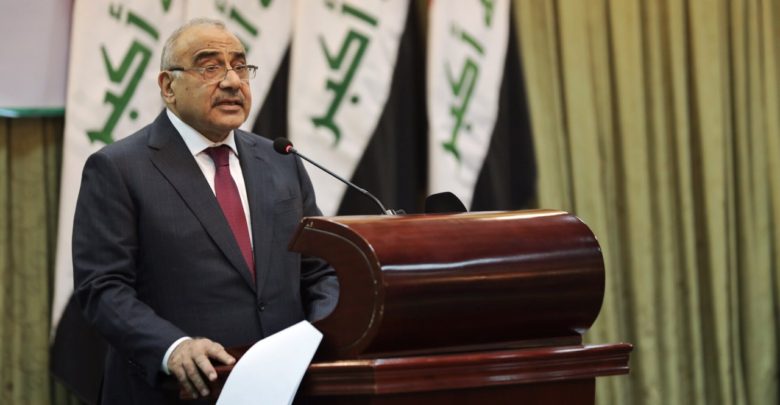 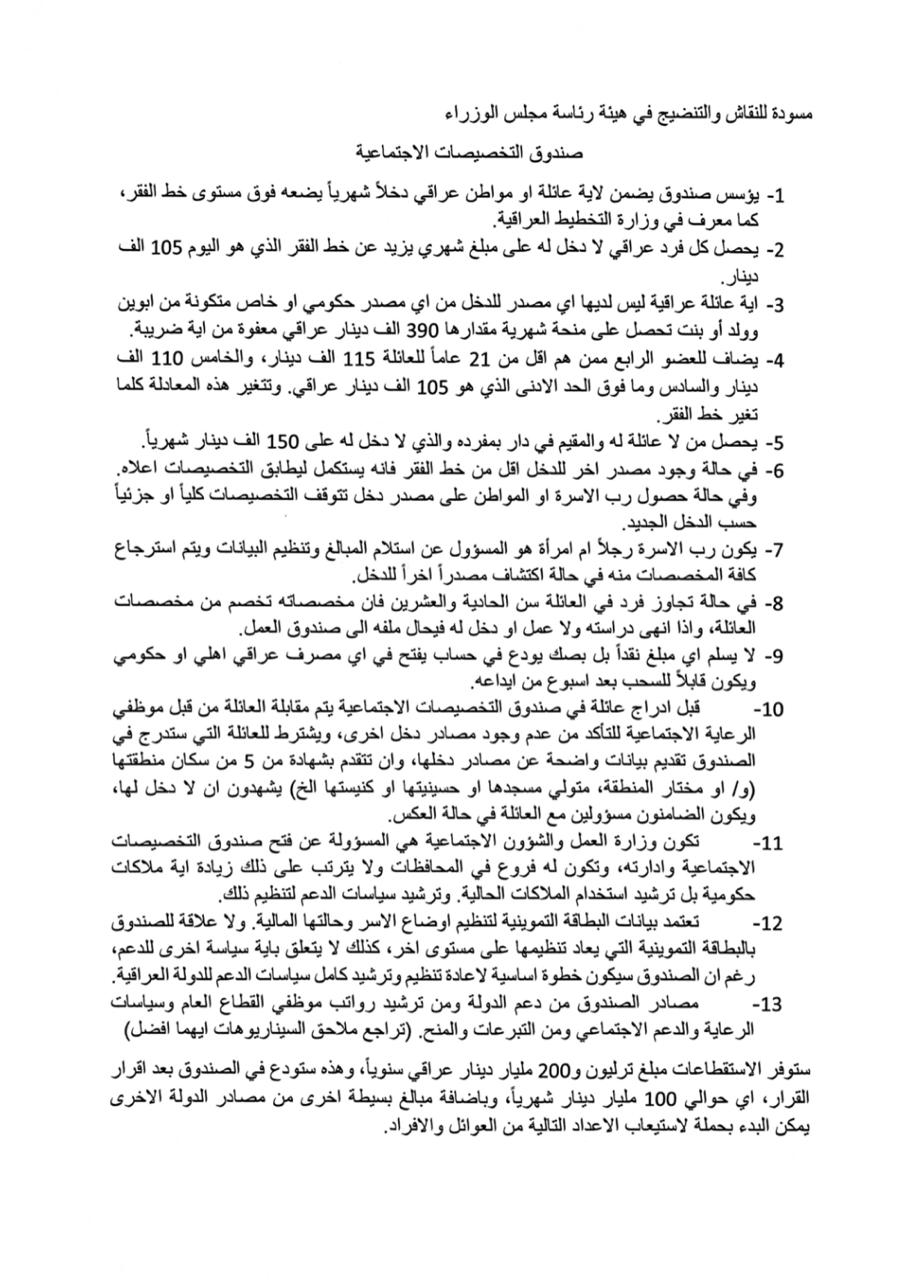 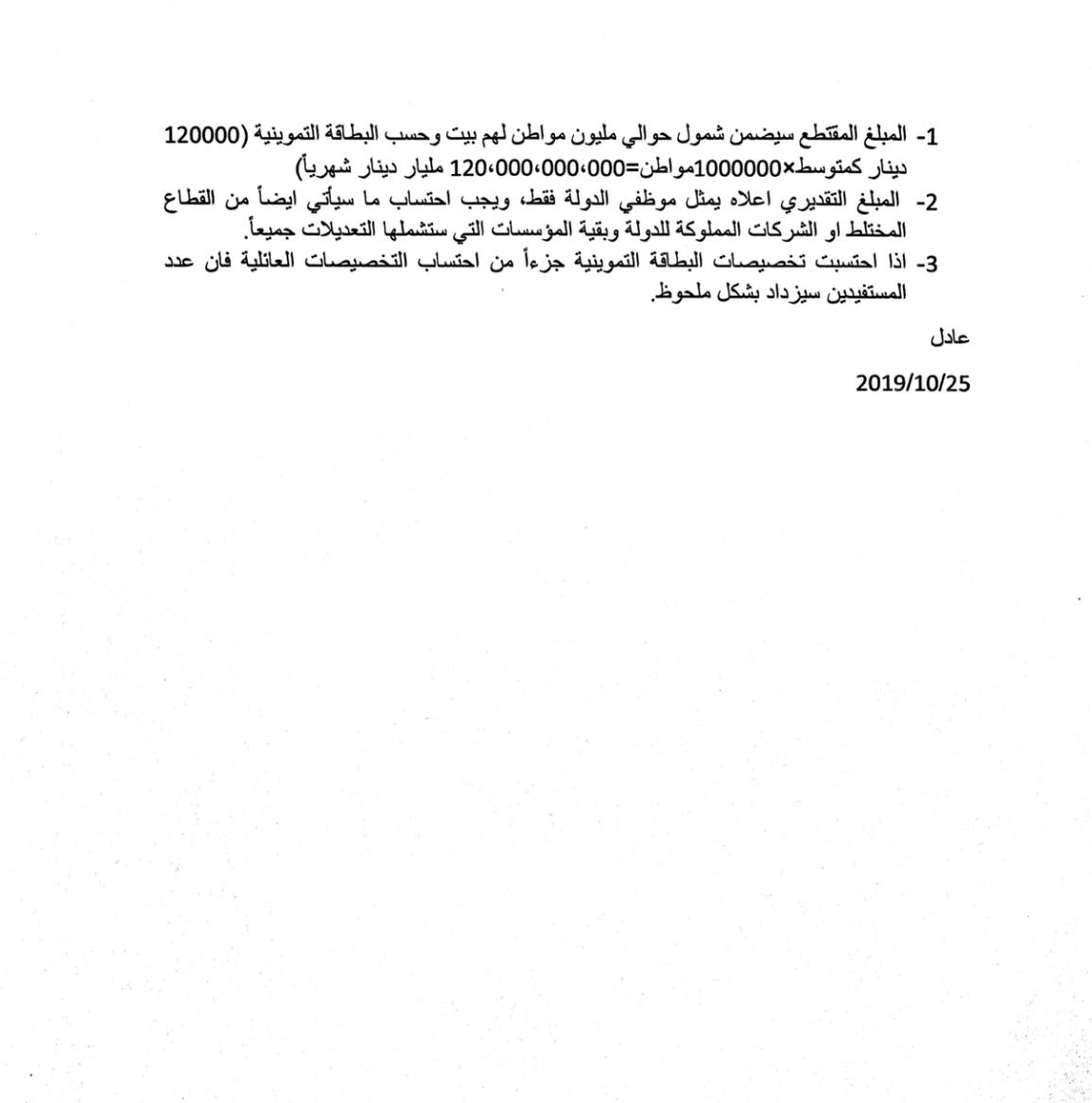 Translation:
Draft for discussion and maturity in the Presidency of the Council of Ministers Social Privatization Fund

1. Establish a fund to ensure any family or Iraqi citizen monthly income puts above the level of the paragraph as defined in the Iraqi Ministry of Planning.

2 - Every Iraqi individual who has no income gets a monthly amount in excess of the poverty line which is today 105 thousand dinars.

3 - Any Iraqi family does not have any source of income from any source of government or private, consisting of parents and a son or daughter receive a monthly grant of 390 thousand Iraqi dinars, exempt from any tax.

5 - who do not have a family and who lives in a house alone and who has no income to 150 thousand dinars per month.

6. If there is another source of income below the poverty line, it will be completed to match the above allocations. In case the head of the household or the citizen obtains a source of income, the allocations will cease in whole or in part according to the new income.

7. The head of the household is a man or woman who is responsible for receiving the amounts and organizing the data, and all allowances are recovered from him if another source of income is discovered.

8. In the case of an individual in the family exceeding the age of twenty-one, his allowances are deducted from the family allowances; if he finishes his studies and has no work or income, his file shall be referred to the Labor Fund.

9 - does not deliver any cash amount, but an instrument deposited in an account opened in any Iraqi bank, civil or government and is subject to withdrawal after a week of deposit.

10. Before a family is included in the Social Benefits Fund, the family is interviewed by the social welfare staff to ensure that there are no other sources of income. »Those who are in charge of their mosque, husseiniyyah, church, etc.) bear witness to the fact that there is no income.

11. The Ministry of Labor and Social Affairs shall be responsible for opening and administering the Fund for Social Privatizations. It shall have branches in the governorates. And rationalize support policies to regulate this.

12. The ration card data shall be adopted to regulate the family's financial situation. The fund has nothing to do with the ration card, which is reorganized at another level, and does not relate to any other support policy;

13- The sources of the Fund from the State's support, the rationalization of public sector salaries, welfare policies, social support and donations and grants. The deductions will save one trillion and 200 billion Iraqi dinars annually, and these will be deposited in the fund after the adoption of the resolutions, which is about 100 billion dinars per month.In addition to other small amounts from other state sources, a campaign can be started to accommodate the following numbers of families and individuals.

2. State-owned enterprises and the rest of the enterprises will be covered by the amendments.

3 - If ration card allocations are part of the calculation of family allocations, the number of beneficiaries will increase significantly.