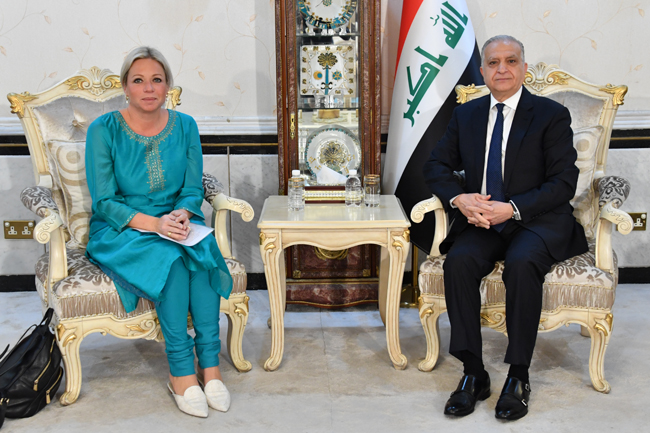 Foreign Minister Mohammed Ali al-Hakim met with the representative of the Secretary-General of the United Nations in Iraq, Ms. Jenin Blachart.
During the meeting, they reviewed the overall security and political events, the UN support provided to Iraq, and the government's actions in meeting the demands of the demonstrators.
The Minister stressed the importance of the United Nations to play a role in supporting and assisting Iraq in the various aspects (humanitarian, security, political, and service), and appreciated the efforts made by the United Nations in the framework of supporting Iraq, and to achieve stability in it. 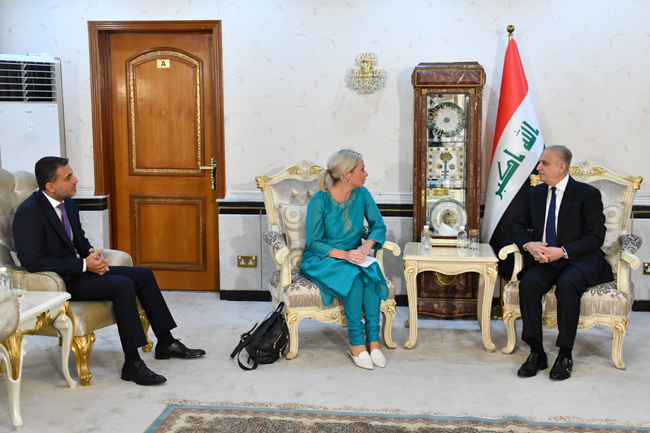