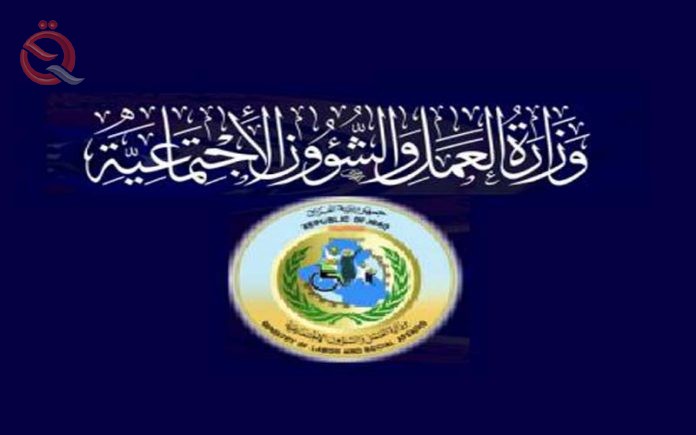 The Ministry of Labor and Social Affairs has allocated 2,000 ATM outlets nationwide to distribute the emergency grant among the unemployed in the form of nine consecutive meals, indicating its readiness to open an emergency outlet in any area without a switch from the Iraq Gate Company (Switch).
Al-Sabah newspaper quoted Labor Minister Bassem Abdul Zaman as saying that his ministry "through its contract with the company mentioned that has 2000 ATM outlets spread in Baghdad and all provinces of the country, has published their addresses through its website."
Abdul-Zaman stressed, “Preparing to open an emergency outlet in any area without a center belonging to the mentioned company so that the beneficiaries can receive the grant easily.” The process of distributing the grant in a short period and accommodating the numbers of applicants included in the ministry's website after applying electronically on the electronic emergency grant form without any momentum.
He continued, "The ministry will distribute the grant in the form of consecutive meals through the names are published on the website of the ministry," noting that "there are nine meals for the grant will be published in two or three days to accommodate the number of unemployed covered by the grant without any problem in the process They will be handed over because each meal will include 100,000 beneficiaries. ”
Abdul-Zaman called on beneficiaries who received text messages to "keep them until another message after a period containing the secret code through which they can receive the amount of the grant, explaining that these grants are one of the amounts allocated to the ministry and is an immediate solution to meet the demands of the demonstrators."
In another regard, the Minister of Labor said that his ministry "directed its departments in Baghdad and the provinces to quickly complete the transactions of citizens and facilitate the procedures of each service to citizens," calling on the ministry employees to "adhere to the official working hours in order to maintain the smooth work and not to delay the completion of citizens' transactions and facilitate the procedures." .

Page 1 of 1
Permissions in this forum:
You cannot reply to topics in this forum
Who is online?
In total there are 146 users online :: 4 Registered, 0 Hidden and 142 Guests :: 2 Bots