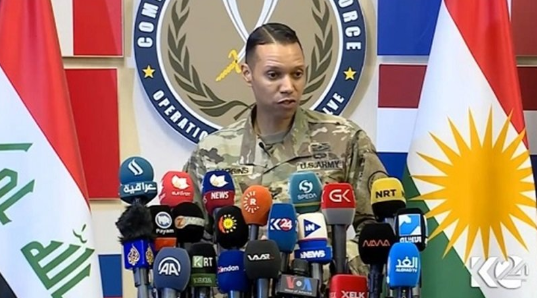 The International Coalition against "ISIS" announced that its troops will remain in Iraq at the request of the government in Baghdad.
"At the request of the Iraqi government, our forces will remain in Iraqi areas, and our assessment signals the continuing threat of ISIS," coalition spokesman Miles Cagens told a news conference in Erbil.
He added that "ISIS is not over and is present in some areas in Iraq and Syria."

Page 1 of 1
Permissions in this forum:
You cannot reply to topics in this forum
Who is online?
In total there are 76 users online :: 0 Registered, 0 Hidden and 76 Guests :: 1 Bot