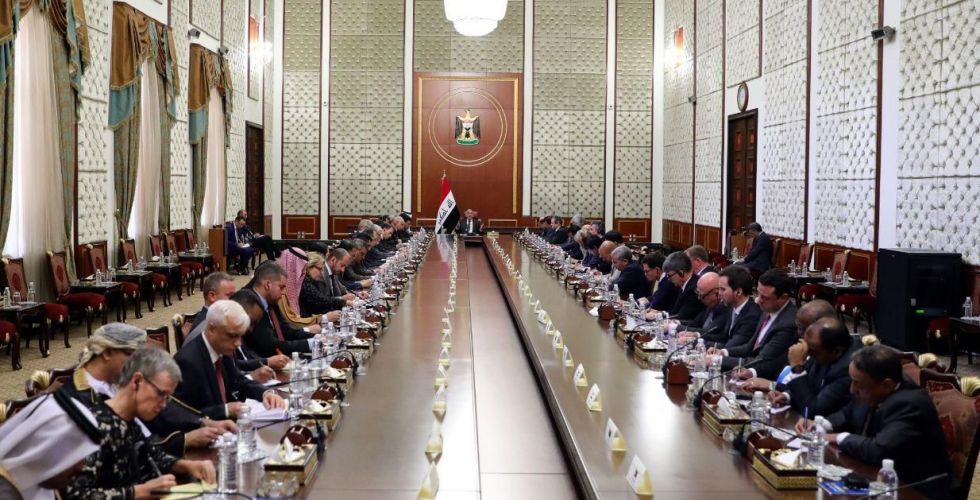 [rtl] Prime Minister Adel Abdul Mahdi briefed the heads of diplomatic missions and international organizations on the latest developments in Iraq and the region.[/rtl]

At the beginning of his speech, the Prime Minister thanked the countries and governments for their support to Iraq in various circumstances.

The terrorist attack from al-Qaeda to ISIS, which reached the borders of Baghdad and established its alleged state, and that ISIS was used as a tactical card internally and externally, but everyone paid the price in the end, and we all stand united against terrorism and we won against ISIS in 2014 b Our national unity, with the participation of the army, the police, the Popular Mobilization, the Peshmerga, the tribes and all the people, pointing out that it is trying to carry out terrorist acts, but the initiative is in the hands of the Iraqi forces. Of the problem

On the demonstrations, the Prime Minister said: We must recognize that forty years of war and destruction reflected on our societal, political, service and economic conditions and neglect and disbursement of funds incorrectly and disrupted thousands of projects as a result of vandalism and corruption with the growing population growth by one million people annually, and turned attention after the liberation of cities He stressed that the demonstrations are a form of expression of opinion that we respect and respond to, like other forms of freedoms, and did not hesitate to respond and negotiate directly, and it is natural to have representatives and leaders so as not to exploit Or dragged some of the collision as happened and led to the unfortunate losses of our people, pointing to the formation of the investigative committee and its powers to open files professionally, and the accompanying procedures and packages of decisions and meetings and interaction with legitimate demands.

The Prime Minister pointed out that the democratic regimes deal with the demonstrations as a constitutional right and therefore must find a specialized force to maintain order and not to fight riots and this objection is rejected, a force trained to deal well and respect the right to demonstrate and human rights and not a military force, in addition to a series of projects, measures and decisions to improve the political environment in the country .

The Prime Minister listened to a number of questions and opinions during the meeting, which was attended by the Interior and Defense Ministers.