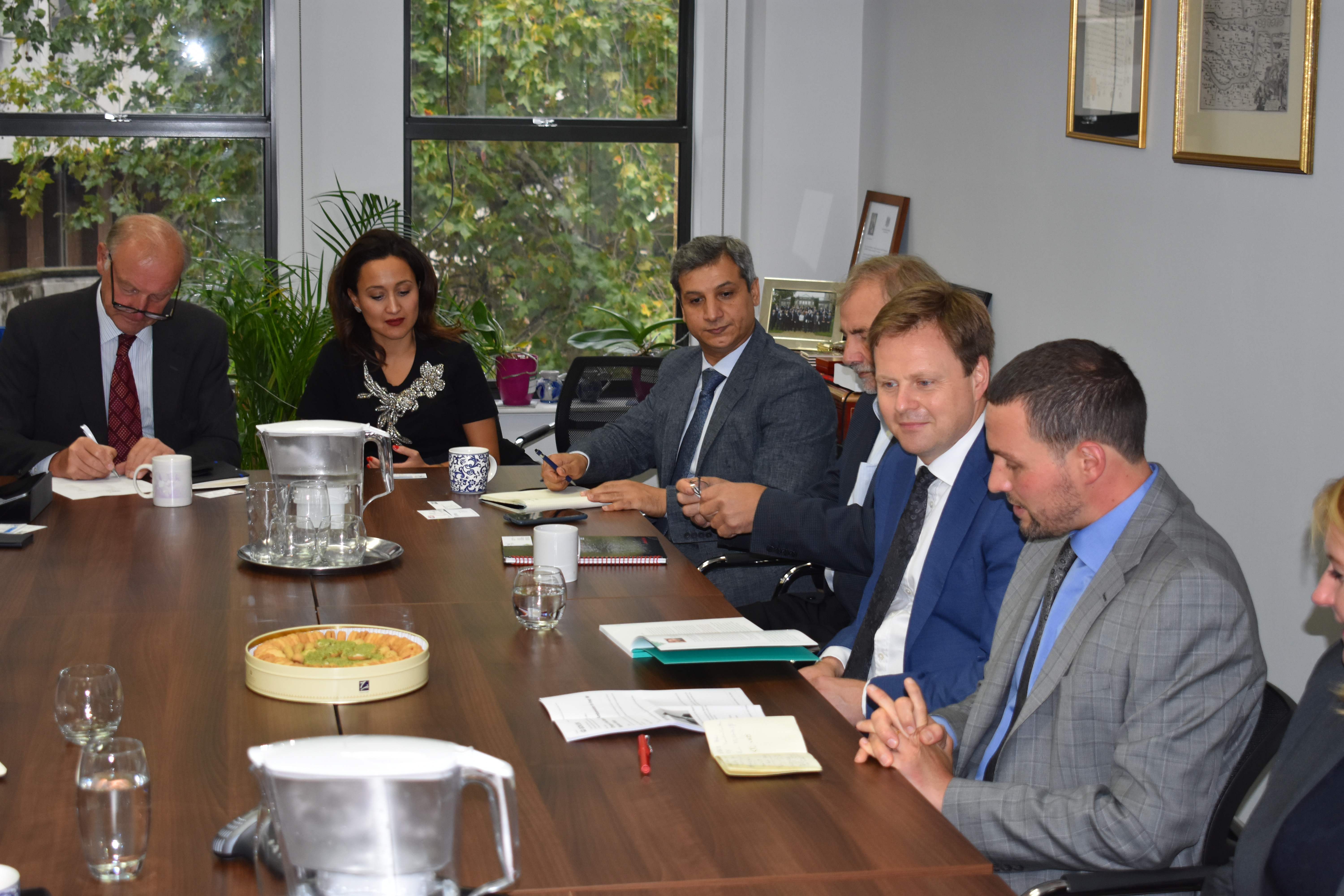 On Monday 30th September IBBC was pleased to host a first meeting with Ambassador Stephen Hickey, who will be posted to Iraq in November, to introduce him to IBBC  and some of its members. Those members included representatives from Al Burhan Group, Constellis, Gardaworld, HWH Associates, Mosul University, Mutual Finance, Petrofac, Rolls Royce, Stirling Education, Unihouse Global, Vitol and Xratech. Members reported on the current opportunities and businesses challenges facing them in Iraq, many of which Stephen professed himself familiar with.

Coming to Iraq from the UK permanent representation at the United Nations, Stephen has extensive experience in MENA affairs having been previously posted in Damascus, Benghazi and Cairo. He said he would be particularly interested in the security and political issues surrounding Iraq, using his recent knowledge from working with the Security Council in New York, but stressed his access going forward to UK companies whenever they needed his input, promising to build on the energetic  business promotion pursued by the current Ambassador Jon Wilks , who working closely with the DIT team in Baghdad and with the IBBC has served UK companies well during his term of office.

Christophe Michels, MD of IBBC, chaired the meeting and gave a summary of the history of IBBC in Iraq, the makeup of its current membership and the various events and activities currently being organised in Iraq, Dubai and the UK. IBBC is much looking forward to continue the excellent relationship established with the British Embassy in Baghdad during Ambassador Hickey’s tenure.

Most users ever online was 2065 on Mon Apr 09, 2012 5:34 pm
Latest topics
» The Central Bank announces the establishment of a course on combating money laundering and terrorist financing for a period of 1/28/21/2021