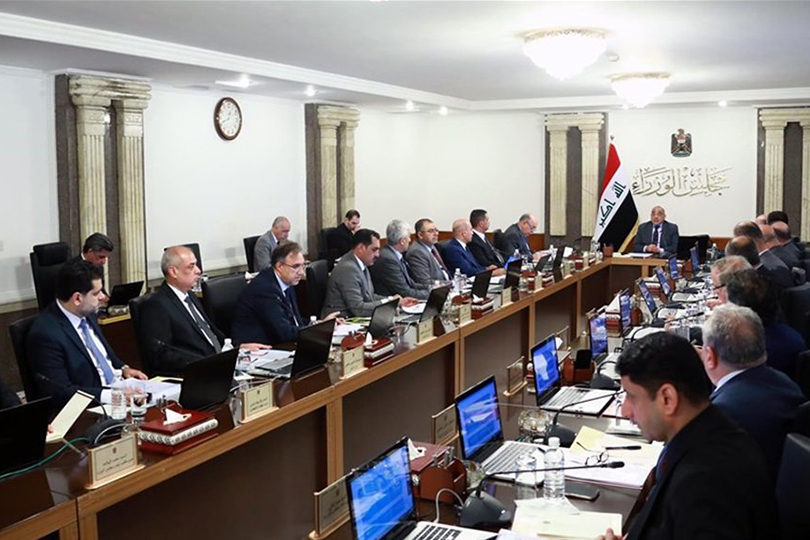 Historically, the allocation and management of oil resources in Iraq began in the 1950s through the establishment of the Iraqi Reconstruction Council, which was allocated to it (according to a law passed by Parliament at the time), which was initially allocated 100% of oil revenues and then reduced to 70% of all Government financial resources of oil prior to any distribution of the usual government budget.
The Council was founded on three basic principles:
1- Concentrating economic development work in one body instead of dispersing it among different ministries
2 - Emphasis on some types of public projects such as irrigation, drainage and transportation.
3. Allocation of part of the oil revenues to cover the cost of these projects or repay loans in case of external borrowing.
The Council's priorities were to make economic investments in the national infrastructure, improve the physical realities of the country, mechanize agriculture, expand services and economic development of the country and raise the level of per capita income.
The Council has achieved great success during the few years during which it worked, and praised the work of many observers at the time and to this day, and during the work of the eight Council since its founding in 1950, has been the construction of major projects and infrastructure still in existence today, while not all The covenants that followed from the era of achieving an urban and economic renaissance other than the projects planned by the Council at the time and was unable to complete because of the fall of the monarchy.
With a budget of only 50 million Iraqi dinars in 1953 was activated the work of the Reconstruction Council, which was established in 1950 and has been able to accomplish large developmental and service projects such as: Dam project and Lake Tharthar, Sadat Ramadi and Lake Habbaniyah, and the important projects completed by the Council is a building Baghdad University is still the highest among buildings in the capital, and the Ministry of Planning on the Tigris.
In addition, other projects have been completed, such as the General Estuary Project and the international highway chain linking Iraq, Syria and Jordan, as well as giant dams, some of which were completed in the eighties of the last century, such as the Mosul Dam, Haditha, Dukan and Derbandikhan Dam projects, as well as bridges. In Baghdad, Mosul and various cities of Iraq, factories and factories of cement, sugar, textile, oil and gas, power plants, construction of roads and railways, in addition to housing projects ... etc.
However, this Council was dissolved after the July 14, 1951 Revolution.
Today, with an explosive budget of more than 128 trillion dinars, Iraqi politicians fail to implement a single strategic project, a clear sign of wasting public funds and not investing in the reconstruction of Iraq and the development of its national economy and improve services and raise the quality of life in Iraq. As we recall the success stories of reconstruction in the 1950s, future generations will recall the fiasco of a political class that has missed an important opportunity to build and develop Iraq despite the tremendous amount of funds in its public budgets of more than $ 1 trillion.
In April 2003, a new opportunity emerged to distribute and manage Iraq's financial resources in a manner that might be transparent and with significant economic benefits for the Iraqi people. These principles were formulated in the Iraqi Constitution of 2005, but have not been fully implemented as political differences remain around them to date.

Finally, after a long wait, the Council of Ministers completed the preparation of the draft law of the Reconstruction Council, which has been sent to Parliament for the purpose of legislation.
The justification for the establishment of the Reconstruction Council has been linked to the implementation of major projects effectively and well planning, management, supervision and operation, and to create jobs, and develop the skills of workers, and maximize the benefit of Iraqi citizens from the resources of the state To develop and diversify the material and human resources of Iraq and the establishment of active national sectors capable of free competition and to push forward the development of infrastructure and service and the establishment of strategic projects, industrial, agricultural, health and housing and Irrigation and extending public roads and the construction of bridges, airports and other set-up, and strengthen efforts to make the Iraqi private sector and foreign-funded key projects without the total investment budget of the state accreditation.
Without a doubt, this draft law is one of the important entry points in the development and diversification of the Iraqi economy and improve the quality of services and improve the quality of life of Iraqi people and raise the standard of living, but there are some detailed observations on some of the articles of this law, we review as follows:

The first observation relates to the nature of the formation of the Council referred to in Article 4 of the draft law, which consists of the Prime Minister as President, the Executive Director, the Ministers of Finance, Oil and Planning and the Secretary General of the Council of Ministers, as well as 5 members from the private sector, bringing the total to 11 members.
Who are nominated by the Prime Minister.
It seems that this number is very large and the need for the Council of many of them, especially the Minister of Oil and Secretary-General of the Council of Ministers and the number of representatives of the private sector is very large and should be limited to one representative.
The focus should be on bringing experts with a great deal of specialized skills to the council because the work is mainly technical and economic. In addition to the need to keep the composition of the Council from political quotas in order to neutralize the political effects on the economic decisions of the Council.
The second observation relates to what is stated in Article 10 VI, which goes to the distribution of dividends owned by the Council in its projects to Iraqi citizens free of charge and within a period decided by the Council from the date of successful commercial operation of the project in accordance with a system issued by the Council.
I believe that this paragraph is not appropriate and it emphasizes the distributive aspect of public revenues, especially oil revenues, which constitute the main nerve of public revenues and at least 92%, as it is economically better to re-invest profits again to enhance the activities of the Council and this is for people benefit more than During the diversification of the Iraqi economy and the development of services and increase the effectiveness of economic development and provide additional job opportunities for the unemployed, as well as the limited financial resources available to the Council does not encourage to move forward in this direction, especially since the share of the Iraqi individual at the end of each year will be a small amount is not worth a To mention.
The third observation concerns the sources of financing of the Council. Article 16 indicates that the sources of financing of the Council consist of the following:
First: The financial allocations from the annual federal general budget of the State to cover operating expenses.
Second: 5% five percent of the total revenues included in the annual federal budget to finance the projects of the Council after deducting the necessary expenses payable.
Third: The allocations of the projects of ministries and entities not associated with the Ministry and the regions and governorates that are not organized in the territory that fall within the projects of the Council in accordance with the provisions of this law.
Fourth: Profits, fees and fees of services provided by the Council to others.
Fifth: Funds allocated to the Council stipulated in the legislation in force or deposited in special funds according to the law.
Sixth: Any other resources accepted by the Council.
It is noticeable that the percentage of public revenues allocated to the reconstruction council is limited by 5%, which does not actually exceed at best 4 billion dollars annually and it was preferable to start with 5% to increase annually by 1% to reach 10% of revenues General due to the huge tasks assigned to the Reconstruction Council, which require significant financial resources.
In addition, a paragraph should be added to this article, which does not allow the Council to borrow abroad to finance its work or to limit it in a very narrow range due to the many negative repercussions of external borrowing and the resulting dumping of the country in resolving the high external debt mainly in Iraq.
The fourth note extends to the tasks of the council mentioned in Article 14 III. Petrochemical, industrial cities, airports, huge residential complexes and other important strategic projects and with the flooding of the Council of medium or limited importance projects such as the construction of sports stadiums and the maintenance of monuments and other projects Mentioned in the text of this article of the bill of the Reconstruction Council.

Most users ever online was 2065 on Mon Apr 09, 2012 5:34 pm
Latest topics
» Guru MilitiaMan says they apparently are ready to go international.,