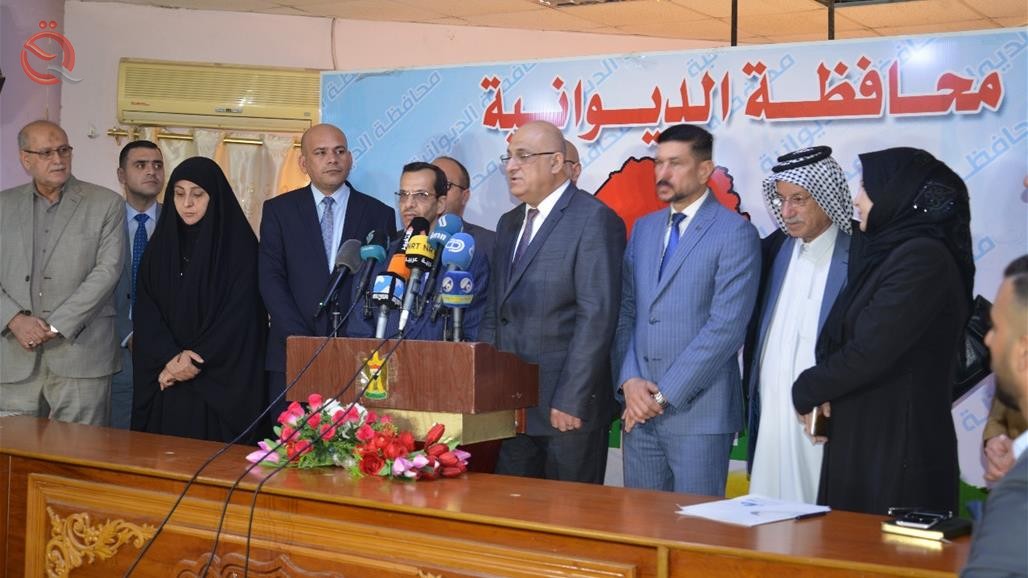 The Minister of Commerce, Mohammed Al-Ani, on Monday, announced the plan of his ministry to make the marketing season a success, confirming the determination to make Diwaniyah the capital of Iraq's agricultural and food basket.
The ministry said in a statement received by "Economy News" a copy of it, "Trade Minister Mohammed al-Ani arrived today, to the province of Diwaniya and met with the governor and members of the provincial council and held a meeting in the presence of a number of members of the provincial council."
He stressed, "Ani, that" we are seeking to address the obstacles of the marketing season for the subsidy and support farmers in the province and the development of marketing centers, "noting that" our visit to today in Diwaniyah comes to address all the problems that appear in the process of harvesting and marketing of marsh. "
He stressed: "We pay all financial benefits to the farmers and there is a determination from the government to help the peasants," noting that "the ministry has an integrated plan foreseen before the Prime Minister and we have several directions for the success of the marketing season for the rug so as to ensure the merits of the peasants."
He pointed out, "Diwaniya of the agricultural provinces important that require a continuous presence in which to address all the problems, as well as coordination with the local government."
The minister continued: "Our success in marketing wheat for the current season will be a catalyst in the success of marketing rug and provide all the requirements and needs of the peasant in this province."
He explained: "I agree with the observations made by some peasants to change the standard in coordination with the Ministry of Planning and the Council of Ministers obtained the new standard to support the Iraqi peasant."
He stressed, "The ministry is working to increase the treasury capacity in cooperation with the Prime Minister's Office, and we have a plan to accommodate the crop, as well as working to create storage ceilings in the province and nearby areas as well as the construction of several storage compounds in Diwaniyah areas, as we are working to open a number of marketing centers and not "We have a problem in creating any marketing center that we feel is needed."
He revealed "the determination to appoint laboratory examiners or transfer them from other ministries to meet the requirements of the marketing plan for the crop, as well as the importance of finding full support for the production of Iraqi amber."
The Minister pointed out, "The Prime Minister has a large program to support the agricultural sector and the Iraqi peasant to be an important source for the development of this sector."
He announced, "the proposal to build 24 silos, including two in Diwaniyah, one for the marsh and another for wheat, as well as the benefit of loans granted by States to build new silos."
The minister stressed that "the fragmentation of the processing of food vocabulary has been prevented and we will stop the work of any agent who violates our directives in the processing of foodstuffs at once."
He continued, "The President of the House of Representatives invited us to a meeting to help Diwaniyah, especially in the reclamation of land and forgive farmers from the debt owed them, and we prepared a report to the Prime Minister to address the situation of Diwaniyah and provide all means to the success of the agricultural sector."
For his part, the governor counted the minister's visit as "a good gesture and acquainted with the agricultural situation and the marketing campaign for mulch, and in order to address the problems faced by peasants in the delivery of mulch crop."
He added: "We visit this visit to be a good start to develop radical solutions, especially since the minister is a good follower of all the comments received to the ministry, and we hope to resolve all the problems."
And that, "the provincial council demands that Diwaniya be the capital of Iraq food and agricultural basket of Iraq food and we need to support means to maintain the advancement of agricultural reality."
In turn, the minister said: "We will work to be Diwaniyah, the capital of Iraq's agricultural and food basket."