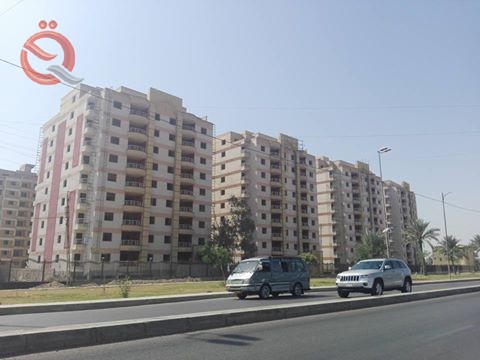 The Presidency of the Republic, announced that five members of specialists in the affairs of reconstruction and management of major projects, business and investment will be members of the Council of Construction, which is chaired by the Prime Minister and the membership of the Ministers of Finance, Oil and Planning and the Secretary-General of the Council of Ministers.

According to a statement issued by the Presidency and received by the "Economy News", the Council of Ministers approved during its weekly session, on Tuesday, 17-9-2019, the draft law of the reconstruction council for the purpose of submission to the House of Representatives, where the draft law was prepared jointly between the presidencies of the Republic and the ministers and To benefit from the advice of many experts and competencies.

The draft law aims at establishing infrastructure, establishing major projects in the country such as roads, bridges, airports and ports, as well as eliminating unemployment through encouraging investment and manpower, and following up the establishment of strategic, industrial, agricultural, health and housing projects, and sustaining their operation in accordance with international standards and concepts.

The project authorized the reconstruction council to enjoy wide powers such as contracting, supervision and supervision and implementation and management of major projects effectively, and create jobs, and maximize the benefit of Iraqi citizens from the state resources through the distribution of projects profits to them and give them priority to subscribe to the Council projects, and the implementation of development projects of economic importance for the development and diversification of resources Iraq physical and human, and the establishment of national sectors active and competitive free and advance development.

The draft law noted that the reconstruction council is composed of the Prime Minister as President, the Executive Director as Vice President and Chairman of the Executive, and the membership of the Ministers of Finance, Oil, Planning, and Secretary General of the Council of Ministers, as well as five members from the private sector and specialists in reconstruction affairs and management of major projects Business and investment.

The project defined the tasks of the Council to negotiate and contract according to the principles of competition, transparency, sobriety and justice and to achieve the highest profit or development value, with Iraqi or foreign bodies to achieve its objectives, including contracting with international organizations and companies sober international expertise to provide studies, designs and standard models of contracts, documents, services, materials and consulting, and any other matters Related to the work of the Council, and to develop regulations, policies, plans, specifications, programs and decisions that the ministries of the State and its departments and the private sector are committed to implement, in addition to granting the Council the mandate and the functions and competence of the Investment Authority National investment stipulated in the Investment Law No. (13) of 2006 with respect to the projects of the Council, including granting the investment license in accordance with a regulation issued by the Council.

The project also stipulates that the council has the tasks of receiving bids, analyzing tenders and selecting the best ones for executing projects according to the provisions of this law and the regulations and instructions issued pursuant thereto in coordination with the ministries and entities not associated with the ministry and the regions and governorates that are not organized in a region.