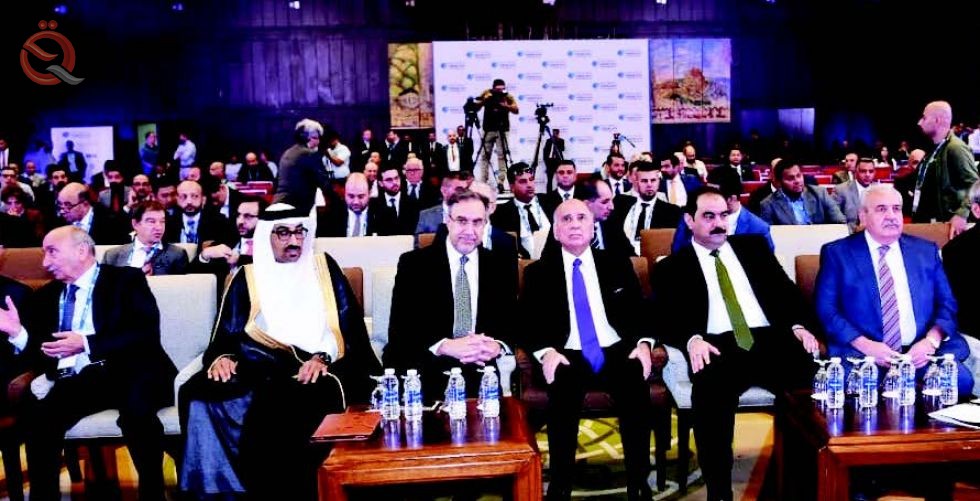 Finance Minister Fouad Mohamed Hussein said that the budget for next year was prepared through the adoption of project budgets and performance instead of the old traditional method, while estimated the cost of reconstruction of the liberated areas by 88 billion dollars.

In conjunction with this, the parliamentary Finance Committee revealed the existence of cooperation between the government and parliament in order to achieve the highest benefit from the budget.

The Minister of Finance during the Iraqi Energy Conference held in Baghdad: "Iraq is fighting a few years ago in the battle for survival and existence, and that terrorism caused the destruction of many cities and infrastructure has become rubble useless and estimated total reconstruction needs of $ 88 billion."

"Terrorism has led to the displacement of millions of people to stay in the camps and according to available statistics estimated more than one and a half million displaced and thousands are still missing, in addition to those who lost their lives or emerged from this difficult period with disabilities and disabilities."

"We started to reform bureaucratic systems and took measures to modernize the systems and then gradually move from the obsolete paper operating mechanisms to the e-governance system," Hussein said, noting that "the budget for next year 2020 was prepared through the adoption of project budgets and performance instead of the old traditional method to prepare Budgets after the involvement of representatives and international experts and the Iraqi parliament and for the first time local governments and the Kurdistan region.

For his part, the Rapporteur of the Parliamentary Finance Committee MP Ahmed al-Saffar said in a press statement, that "the draft budget is still with the government and there is a government committee since last May to complete the budget," noting that "For the first time, the committee charged with preparing the budget included representatives of the House of Representatives From the Parliamentary Finance Committee in an integrated process between the legislative and executive branches. ”

Al-Saffar added, "There is cooperation and coordination in order to achieve the highest benefit from the budget," pointing out that "what is said about the existence of a budget deficit exceeding seventy trillion dinars is not proved officially and may be exaggerated."

He pointed out that "the Parliamentary Finance Committee will be facing a great task in the legislation of the budget next year," stressing, "We are in the direction of changing the structure of the budget and convert it from the budget of traditional classical items to the budget of programs and performance." Resources and public finances are optimal, all of which are important steps, although we believe that a sudden transition in this way is not entirely possible, '' he explained that 'starting gradually is the best option, which we have already started by balancing the health and education sectors to the application in turn to the remaining sectors.'