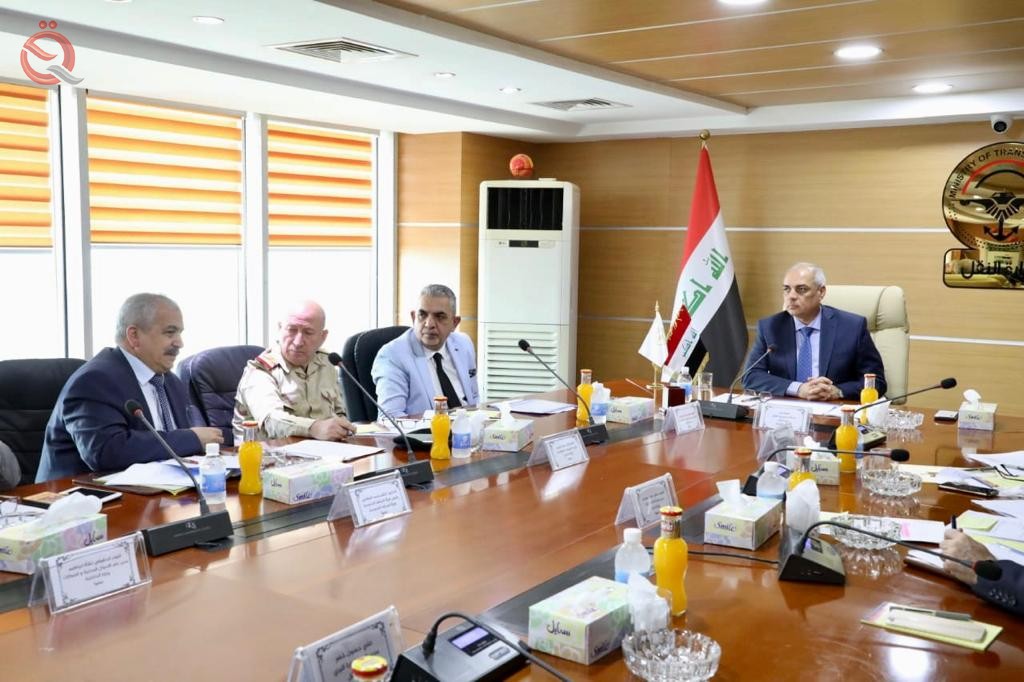 Economy News _ Baghdad
The Ministry of Transport, on Monday, it seeks to return transit through Iraq with various parties after stopping since 2013.
The Office of Transport Information in a statement received by the "Economy News" a copy of it, that "the Minister of Transport The committee was attended by the Undersecretary of the Technical Ministry, the Director General of the Technical Department and a member of the Ministry of Defense and Interior / Ministry of Commerce / Ministry of Finance / General Authority of Customs.
"The first meeting of the committee discussed a working paper to develop a new mechanism and controls for the transit process, in accordance with the controls in force in the rest of the world, in terms of axles of truck weights and speed agreed upon," he said.
He noted, "Transit is an important topic that the Ministry of Transport is working as an important additional link strengthens the joints of the economy of the country from the north to the south, which will benefit to increase the revenues of the state treasury," noting: "After Iraq has become an air navigation route Transit to Iraq to become a safe land corridor for goods and passengers and we are seriously seeking to re-transit across the country with various parties after stopping since 2013. "
"Iraq has an important geographical location between countries. We must use this site to activate trade exchange between neighboring countries and activate the Iraqi economic side. It has more than one corridor," he said. The work was energized and successful by air. "