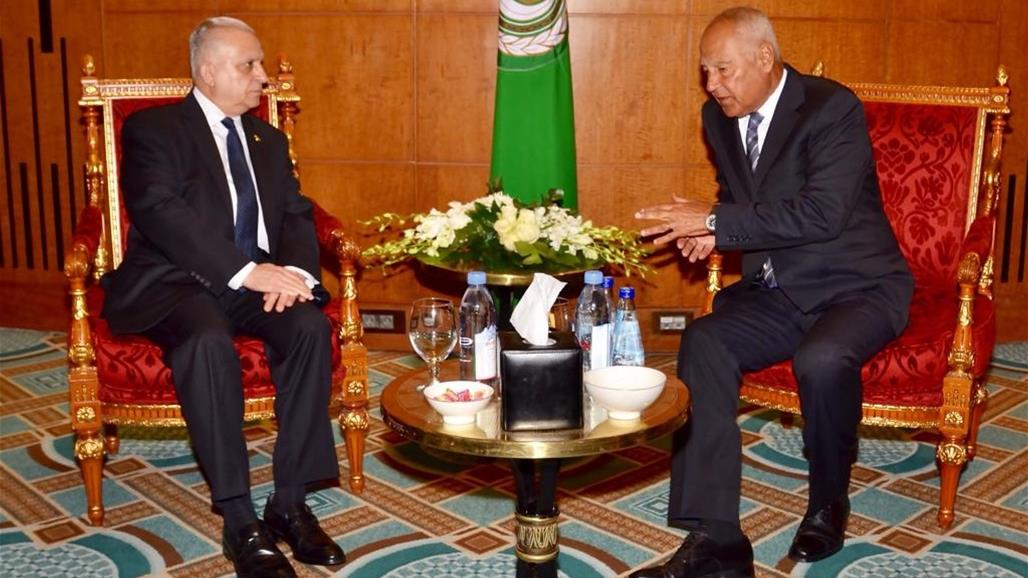 Iraq's foreign minister on Wednesday called on the Arab League to urge countries to fulfill their pledges made at a conference on reconstruction in Iraq.

The Foreign Ministry said in a statement received by Alsumaria News , a copy of it, that Foreign Minister Mohammed Ali al- Hakim discussed with Ahmed Aboul Gheit, Secretary-General of the League of Arab States, the overall political and security situation in Iraq and the region.

The minister called for "joint action to resolve regional problems in the region to achieve peace in the region and stability," noting that " Iraq strengthens the Arab League's directions to coordinate efforts, and unify views to ease tensions, and to meet challenges, and provide opportunities for security, And the fight against terrorism. "

The foreign minister stressed that "the Arab League to urge countries to fulfill the pledges announced at the Conference on the reconstruction of Iraq in Kuwait ."

It is noteworthy that the volume of pledges made by the countries participating in the conference on the reconstruction of Iraq, which was hosted by Kuwait in mid-February 2018, has reached 30 billion dollars, provided by 76 countries and regional and international and local organizations.