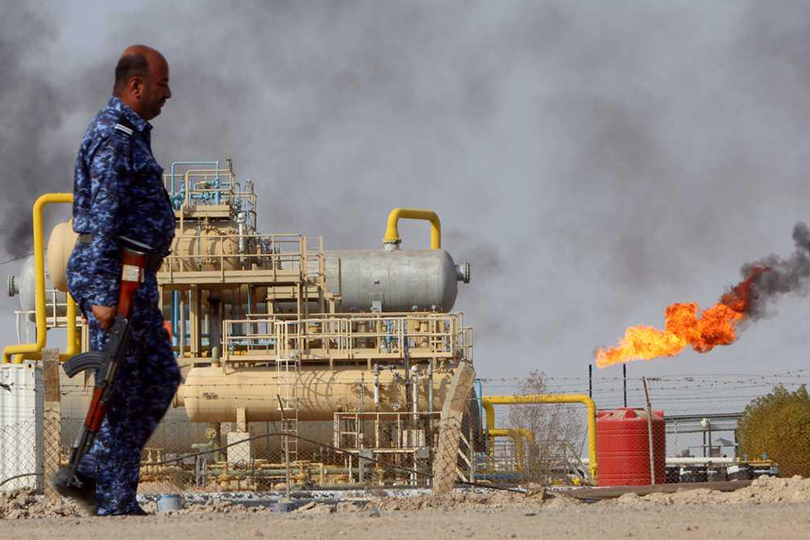 Published a group of Iraqi economists proposals to rebuild the country, these economists proceeded from the information that Iraq has 97 tons of gold, and since each ton of gold price of 64 million dollars, this means that the total value of gold currently owned by Iraq is 6.2 billion dollars, added Iraq has a cash reserve of 53 billion dollars.
Against this amount, economists propose that Iraq withdraw only $ 6 billion of reserves and gold to be disbursed as follows:
2 billion to build schools and universities.
1 billion on the health sector and hospitals.
1 billion on sewers and dams and clean up rivers.
1 billion on the rehabilitation of factories.
$ 1 billion to the Ministry of Defense, Air Force and Army Aviation, purchase of aircraft, maintenance and training.
Economists have stipulated that the agreement be made directly with Japanese, American, European or Chinese companies, without the need for an Iraqi contractor or broker to implement the idea projects.
Economists said the implementation of the plan should be under the direct supervision of the prime minister and the idea should also be supported by parliament.
The idea is exciting and worthy of thought and debate. But it cannot be considered a plan, but rather an outline of what could be the nucleus of a detailed plan of numbers, projects and implementation methods.
First of all we must make sure that this amount is now available in Iraq (gold and the dollar).
First, we must make sure that the withdrawal of only $ 6 billion from reserves and gold will not affect the economic situation in Iraq and the position of the Iraqi national currency.
Thirdly, the projects that fall under the main headings of the proposal and the cost of their implementation should be identified to ensure that the amounts allocated to each headline are realistic and reasonably meet the actual needs of Iraq today.
Finally, the implementation of the projects will face the most important obstacles facing the process of construction and reconstruction in Iraq: corruption and administrative bureaucracy.
It is well known that corruption is gnawing at the body of the Iraqi state, and that any construction project soon collapses because of corruption. This is a serious problem. For this we need mechanisms and controls to protect the project from infiltration of corruption.
The owners of the idea suggested that the implementation be under the supervision of the Prime Minister. It is not clear to what extent this proposal will be successful in reducing corruption, but in eliminating it. Some have suggested that the UN be supervised. This proposal may not be accepted by the public.
Bureaucracy is the deadly disease of every serious project. Unless parliament passes a quick set of laws to solve the problem, the chances of success of the project may be few.
Such a project falls under the heading "Improving the Lives of People", the subtitle of the broad title we have long used: # Modern_Civilized_State. The country is only modern schools, high-end universities, modern infrastructure, hospitals, factories and a strong national army. This proposal provides the material aspect of the modern civilized state, while writers and intellectuals continue to present the values ​​and cultural offender of the state.
Therefore, these proposals must coincide with the initiation of the implementation of a modern civilized educational system that ensures the formation of a new generation at a decent level of civilization. All this in the framework of working to raise the standard of life in Iraq, and humanized, to provide a livable environment for human beings in Iraq.
https://annabaa.org/arabic/economicarticles/20481