Speaker of the House of Representatives Mohammed Halbousi received on Wednesday US Assistant Secretary of State for Near Eastern Affairs David Schenker, US Ambassador to Iraq Matthew Toller and General Paul Lacamra, Commander of the International Coalition Forces in Iraq and Syria.


During the meeting, His Excellency discussed the political and security developments and the stability achieved after the victory over the terrorist organizations, expressing his appreciation for the role of the international coalition in supporting the Iraqi forces in all kinds to achieve this victory.

The speaker of the House of Representatives: Iraq looks forward to the participation of the international community in promoting political and economic stability, and contribute to the reconstruction and development in liberated cities, and the return of displaced people to their homes, calling on companies to expand their investments and establish a strategic economic partnership with Iraq.

He also discussed political developments at the Arab and regional levels, stressing the sovereignty and independence of Iraq and its position rejecting escalation and tension in the region.

The Speaker of the House of Representatives that the Iraqi people and political forces are determined to continue to achieve national unity, pointing to the role of rational religious authorities in maintaining the security and stability of the country.

For his part, Assistant US Secretary of State and his accompanying delegation expressed his country's readiness to support Iraq politically and militarily and contribute to the achievement of stability and development, stressing that the US administration views with appreciation and respect for the role of religious authorities in Iraq to achieve balance and social consensus, pointing out that what was presented in a media Government-funded does not reflect the administration's point of view.


Press Office of the
President of the House of Representatives
September 4, 2019 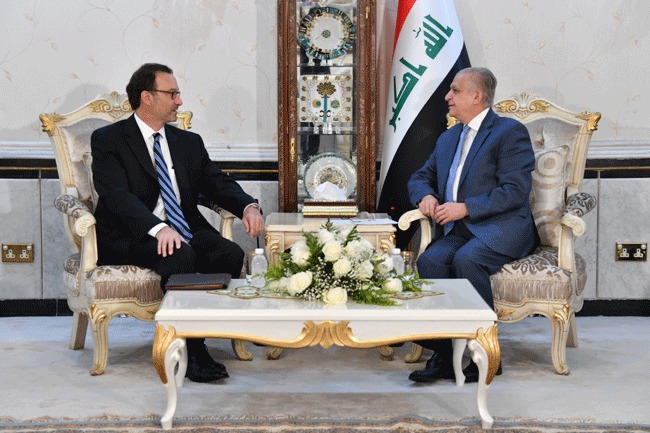 Foreign Minister Mohammed Ali al-Hakim met with US Undersecretary of State David Schenker during which they discussed bilateral relations between Baghdad and Washington and the importance of continuing to work for the common interests of both countries.

Minister al-Hakim reviewed the government's efforts in combating terrorism, and the threat posed by this phenomenon requires the concerted efforts of the international community to eradicate it, in addition to the efforts to rebuild Iraq's infrastructure. Our armed forces are ready to chase the remnants of ISIS.

Stressing the importance of the media to respect the values ​​of the Iraqi society and religious beliefs, in reference to the report published by Al Hurra TV, which offended the religious establishment; and caused great indignation and resentment among a wide segment of the community; To all Iraqis.

They also exchanged views on a number of regional issues, particularly within the framework of the movement to promote stability and peace in the Middle East.

The Foreign Minister was keen to clarify the Iraqi position towards events in the region, which is based on the importance of supporting peaceful solutions, respecting the aspirations of the peoples, protecting their unity, and not interfering in their affairs in the processes of transition to a political solution, in order to stabilize. 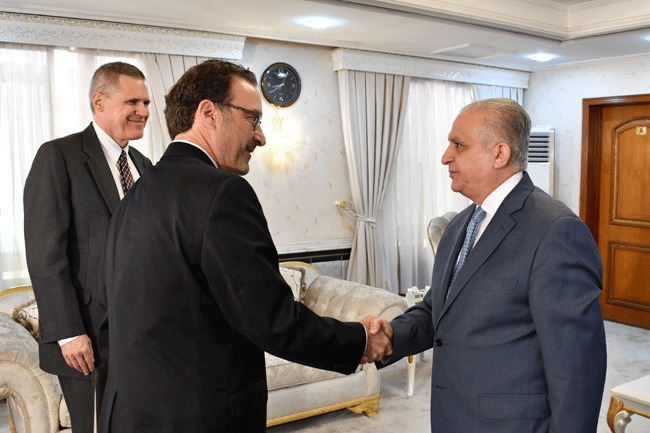 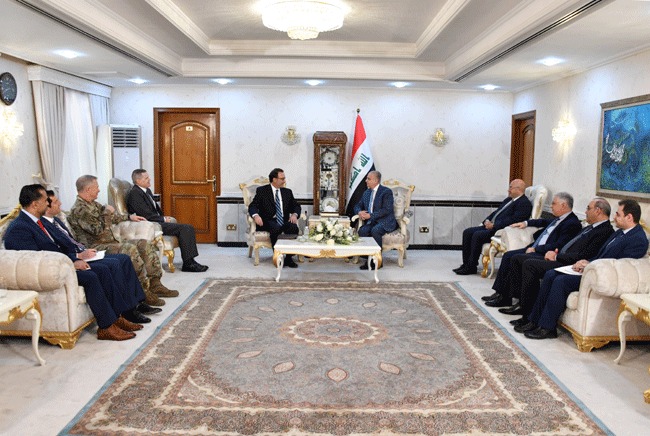 Page 1 of 1
Permissions in this forum:
You cannot reply to topics in this forum
Who is online?
In total there are 156 users online :: 2 Registered, 0 Hidden and 154 Guests :: 2 Bots

Most users ever online was 2065 on Mon Apr 09, 2012 5:34 pm
Latest topics
» MarkZ claims -- I am not hearing any change on rates…could those high rates be reflective of the weakening of the US dollar? Yes- that is a possibility.