response from US Congresswoman

response from US Congresswoman

Dear Mrs. xxxxx,
Thank you for contacting me regarding the debt ceiling. I ran for Congress to stop the government from mortgaging my grandchildren's future, and like you, I am angered by the lack of leadership in Congress towards an issue that poses such a grave threat to the future security and prosperity of our nation.
R
egrettably, like someone who purchases a small business from bankruptcy, the 112th Congress must now deal with the out of control spending of others and begin the work of returning our government to fiscal solvency. In the past five years, Congress has increased the debt ceiling six times with no substantive debate or regard for the long term impact of their decisions. This has led the credit limit of the United States to increase from $8.9 trillion to $12.3 trillion.

Unlike the past five years, this Congress is meticulously debating any vote to raise the debt limit and how we can stop this cycle of borrow and spend. The President and many House Democrats have called for an increase in the debt ceiling with no budget cuts or structural changes to be included. In May, the House voted down this option and today negotiations continue on a package of spending cuts and budgetary reforms that will be linked to any future debt ceiling vote.

Congress must use this vote on the debt limit as an opportunity to push for more cuts in spending in order to force the government to live within its means. Already I have voted to cut spending by repealing President Obama's job-killing health care bill, passing the House Republican budget saving $6.2 trillion over 10 years, decreasing Congress's budget by five percent, and eliminating earmarks. In total, these cuts would save taxpayers billions of dollars in new spending and taxes. Every week that we are in session Republicans will hold a vote to cut government spending until fiscal discipline has been restored.

When a final vote on raising the debt ceiling comes to the House floor, I will consider it with your thoughts in mind.

It is an honor to serve Tennessee's 6th Congressional District. If you wish to share additional information with me concerning this or any other issue, please feel free to contact me or my staff at (202) 225-4231 or through email by going to my website http://black.house.gov. 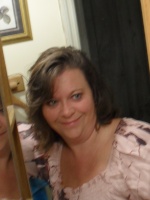 Re: response from US Congresswoman

Re: response from US Congresswoman

Now there is a politicians answer (less) to a direct IQD question for ya....!