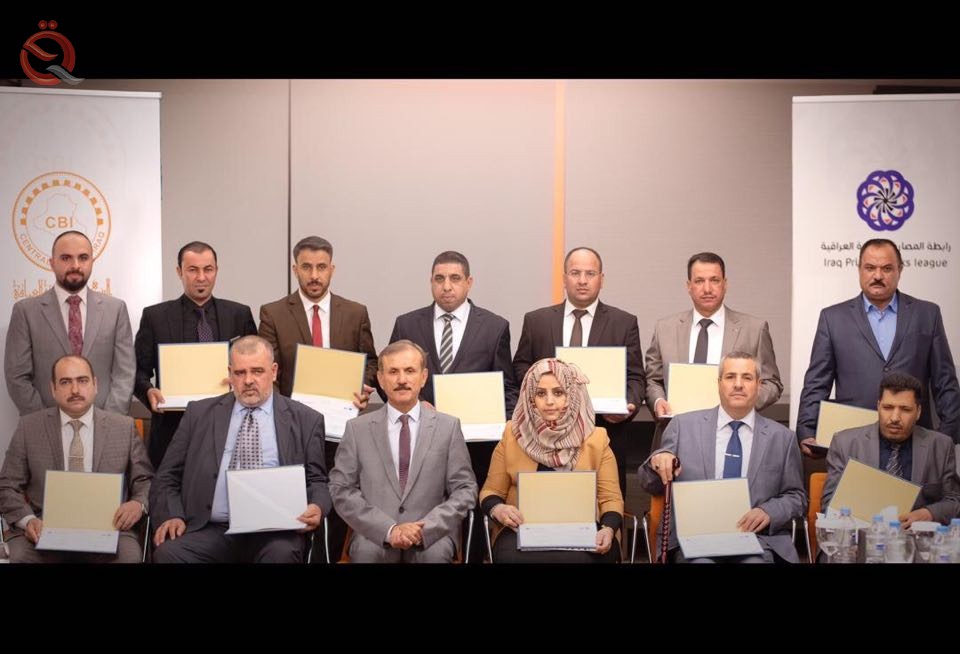 The course was held under the auspices and support of the Central Bank of Iraq and in cooperation with the Supreme Judicial Council, and participated in the session 10 judges from the Court of Appeal of Salah al-Din.

The President of the Association of Iraqi private banks, Wadih al-Handal, in his speech during the closing ceremony of the session, he "appreciates the efforts made in its sponsorship and organization, whether from the Central Bank of Iraq or professors lecturers or employees of the Association or participating judges who have shown an unparalleled response to the axes that I was subjected to research and discussion. "

"Handal stressed the importance of such courses in strengthening the relationship between the judiciary and the financial authority represented by the Central Bank and Iraqi government and private banks in order to expand the application of the principle of financial inclusion and immunization of banks from mistakes and dangers, and face the means of extortion that may be exposed to."

The session concluded with the regional director of the Association of Iraqi Private Banks Mohammed Munther, distributing graduation certificates to the participating judges wishing them success in their judicial career.