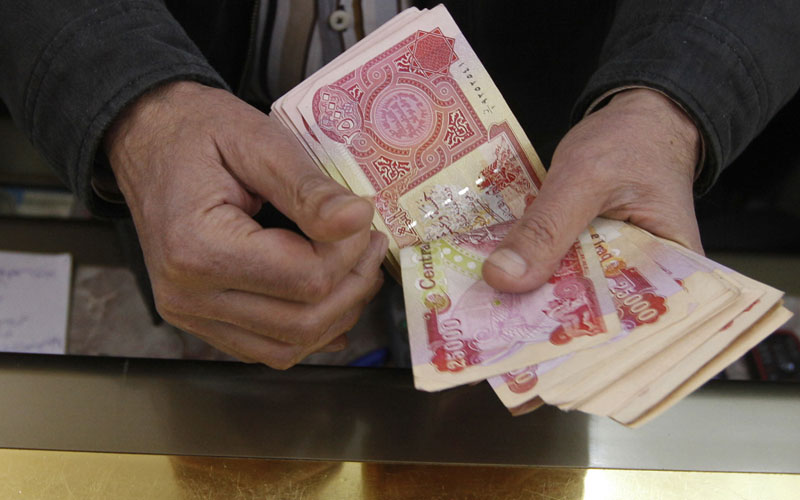 
U.S sanctions have gradually, and effectively isolated Iran from the rest of the world. International banks and financial institutions are hesitant in dealing with Iran due to the risk associated with being penalized by the U.S. Treasury Department. What intensifies these economic sanctions is the plummeting of Iran’s currency, soaring inflation, and upward trend in unemployment rate, which Iranian citizens are immensely impacted by the negative consequences of the sanctions that have dwindled Iran’s foreign currency reserve. The pressure has kicked Iran to demand other Iranian nuclear deal signatory members to take action or otherwise Tehran will suspend its commitment to the deal. Other European Union signatories on other hand are scrambling to salvage the deal and have been trying to come up with methods of barter to protect their trades with Iran. This method, however, will not fulfill Tehran’s demand. Currently, Tehran needs hard currencies as an essential enabler for the import of goods and access to the global market.
Alternatively, to fulfill this shortage, Iran has resorted to triangulate arbitrage to acquire hard currency by infiltrating into the neighboring states’ money markets. Iraq, for its flaws and unregulated money market, has become a soft target for Iran’s front companies and phony exchange rate agencies. These agencies constantly siphon out Dollars supplied by the Central Bank of Iraq (CBI) to maintain the value of the Iraqi Dinar (IQD).
Consequently, CBI’s pegged exchange rate system does not work effectively. Chronically, CBI has been and is still injecting into the Iraqi market an average of $140 million to $160 million Dollars per day through currency auctions. Only a few licensed financial institutions have the privilege to participate in these auctions, which has given these oligarchies power and leverage in determining IQD value in the local money market. These licensed entities can determine the Dollar value in IQD by controlling the supply of Dollar. Stashes of CBI Dollar ends up in their coffers and they will decide whether to channel it into circulation or keep hold of it. Thus, IQD experiences instability in its value due to the gap between the official and unofficial value of the Dinar.
IQD is cheaper in the exchange shops compared to the targeted value of CBI. Some experts blame Iran for this market confusion and instability, and for the Dollar hemorrhage from the Iraqi market as Iran’s shadowy banks, companies, and individuals can easily establish themselves in Iraq’s markets. A cheaper Dollar in the CBI auction, a cheaper IQD in the market, and a fixed rate of Iranian Rial against the IQD have given these shady entities the space to take advantage and buy dollar cheaper with IQD in Iraq. Data exhibited on The Network of Announcing Gold, Coin, and Currency Value (an Iranian agency website that posts Iranian Rial value against Dollar in Iran on daily bases) compared with the data collected from money exchange shops in Iraq from April 1, 2018 through September 15, 2018 reveals an interesting pattern that could be a sign of manipulation. The figures below show the gap of Iranian Rial value in both official and unofficial money market in Iraq compared to the value of Iranian Rial against Dollar in Iran. 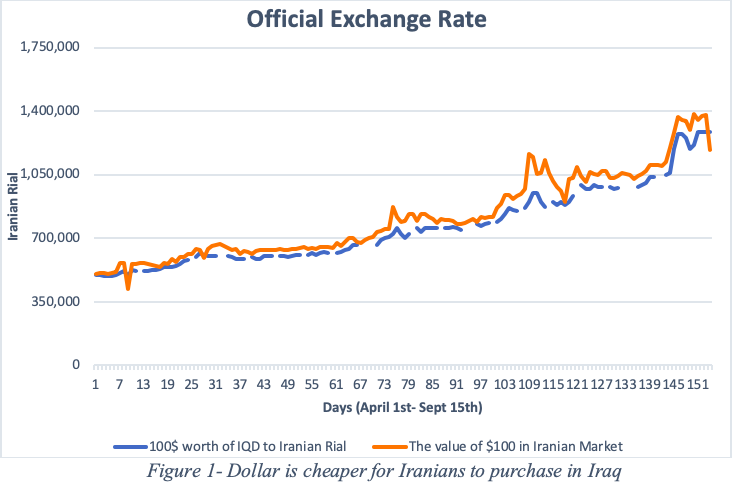 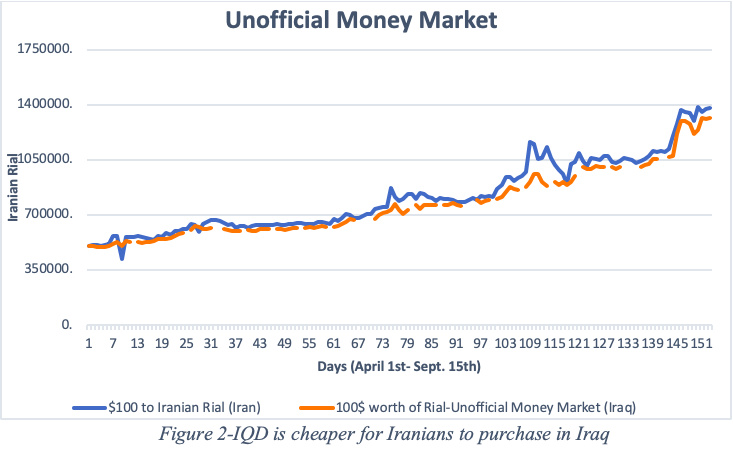 Discrepancies and variations in the IQD against Dollar and Rial, and Rial against Dollar in Iran, allow actors to reap a profit from buying Iraqi Dinar with Iranian Rial in Iraq’s money market, where IQD is cheaper if you buy it with the Rial, and then buying Dollars with IQD. It will make more sense if these Dollars are transferred to Iran to buy cheaper Rial to create a business cycle.
In addition, according to some local exchange rate agencies, actors are flooding the Iraqi market with truckloads of Iranian currency to earn Dollars, even though Dollar is cheaper for Iranian pilgrims in Iraq; apparently the rule of supply and demand does not apply to them.
Although Iraq’s susceptibility for manipulation comes from weak monetary policy, an unregulated money market, and porous, unguarded borders. The Central Bank of Iraq can mitigate this money hemorrhaging from the Iraqi money market, if it takes drastic measures by implementing new requirements on licensing currency auctioneers, allowing more financial institutions to participate in its currency auctions, monitoring hard currency circulation in the local markets, obliging local businessmen to do their transactions in IQD than other currencies, and adequately regulating and monitoring large amount transactions in and out of the country’s private and public banks. Furthermore, Iraqi authorities should increase surveillance on borders to prevent the smuggling of money across the border. 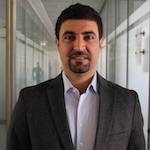 [size=14]Aram Mahmood (Kokoy) holds an M.A. in Interdisciplinary Studies (Applied Economics, Political Science, Sociology) and a post-baccalaureate degree from Oregon State University, as well as a B.Sc. in Economics from the University of Sulaimani.
[/size]