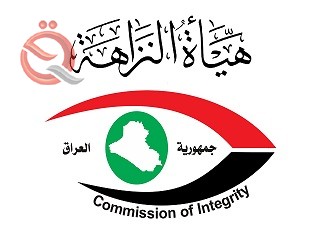 The Integrity Commission disclosed on Sunday the results of the investigation team on violations of the contract of the oil products distribution company and an investment company, indicating the recovery of USD 50,000,000 to the state treasury.
A statement by the Authority, which was seen by Al-Eqtisad News, said that the Investigations Department of the Authority indicated that it had formed a special team to investigate, investigate and investigate violations of the contract concluded between the two companies. The distribution of oil products through the return of Sukuk disbursed to the investment company during the years (2017-2019) was spent as receivables for the processing of electric power.
She explained that "the company has stopped issuing an order to prepare the material (naphtha) of the investment company, and calculate the amount paid by it as a payment for part of the fines imposed on them."
The statement added that "the total amount of the fine imposed on the investment company amounted to (58,240,527) million dollars," adding that "its receivables recorded in the records of the Petroleum Products Distribution Company have been withheld, and the amount of the remaining financial fines amounting to 7,488,106 $ 1 million deducted from their dues. "
The Department confirmed that "the Federal Office of Financial Supervision - Department of Audit of Industrial Activity, in a letter to the Integrity Commission, supported the recovery of $ (50,181,722) million from the investment company for the benefit of the company distributing oil products, which in turn referred to the authority to recover the amount mentioned for its benefit" .
She stressed that "the erection and calibration of the meters for the power plant of the investment company resulted in the recovery of funds, and determine the amounts owed due to the company, as well as stop wasting in public money that may occur;

Page 1 of 1
Permissions in this forum:
You cannot reply to topics in this forum
Who is online?
In total there are 108 users online :: 2 Registered, 0 Hidden and 106 Guests :: 2 Bots